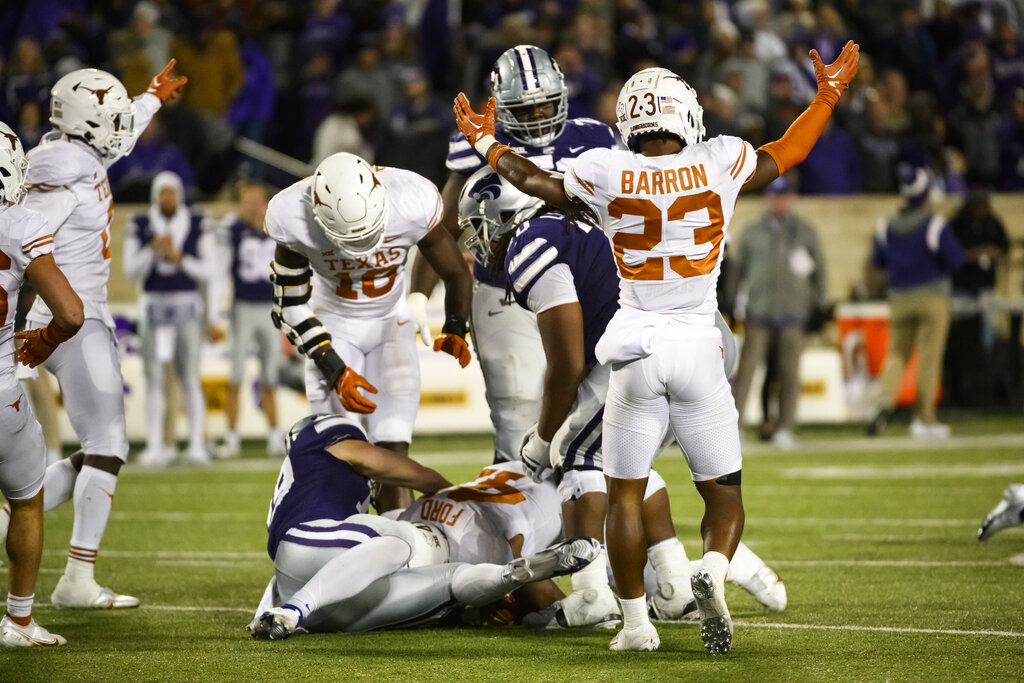 SAN ANTONIO (KXAN) — Washington quarterback Michael Penix Jr. has been one of the most prolific passers in college football this season, and the Texas Longhorns are going to have to figure out how to stop him.

Penix Jr., who came into the bowl season leading the nation with 4,354 passing yards, needs 392 yards to regain the lead from Western Kentucky’s Austin Reed, and while the Longhorns certainly respect one of college football’s best passers, they’ve got a plan to create their own no-fly zone in San Antonio.

“I think they just do a great job of creating mismatches for their receivers or just getting even their running backs involved in the pass game,” Longhorns linebacker Jaylan Ford said. “We noticed they run a lot of concepts, kind of manbeaters and stuff like that. I think the matchup I think will be pretty good for us. I think we had a great week of practice, and I think it’s just something we can build on and another challenge for us.”

Despite not being in the defensive backfield, Ford leads the team with four interceptions and seems to be in the right place at the right time whenever the Longhorns need a big play on defense. Ford said the Washington offense is “very creative” and resembles Texas Tech’s passing game.

MORE THAN THE SCORE: Stay up to date on sports stories like these, and sign up for our More than the Score sports newsletter at kxan.com/newsletters

“I think one thing that stands out is they’re really good on being ahead of the sticks when it comes to like third down,” Ford said. “They have a lot of third and shorts and manageable stuff, not too much where they’re backed up or anything.”

Jahdae Barron, a junior defensive back from Austin, said the secondary is ready for the challenge of Washington’s high-octane attack.

Texas defensive coordinator Pete Kwiatkowski, who was at Washington until Sarkisian hired him last season, said he helped recruit a lot of the current players and that their offense begins with Penix Jr.

“Penix is an outstanding quarterback, very accurate,” he said. “The O-line does a good job of keeping him clean, and they have three really good wide receivers that he can distribute the ball to, and so we’ve got a huge challenge in front of us for sure. I know the guys are excited about it, top-ranked offense in the nation, and that’s why we go play.”