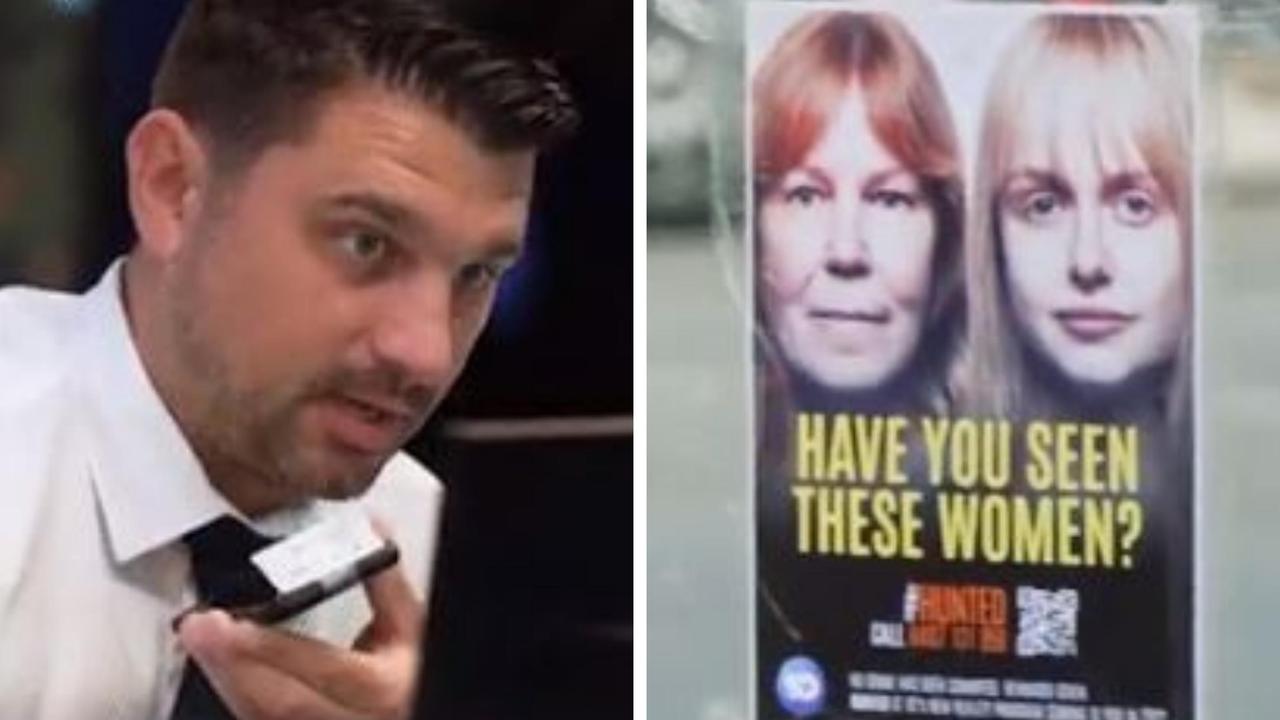 Viewers of Ten’s hit reality show Hunted were shocked during Monday night’s episode when contestants Karen and Brittany were finally captured – due to several tip-offs from a nosy bus driver.

The aunt and niece team lasted more than a week in the game, which sees contestants released in inner-city Melbourne in pairs with the goal of lasting 21 days in public without being captured by the “Hunters” trying to track their every move.

The pair had donned disguises and travelled from Melbourne to Wonthaggi and again to Phillip Island as they outran the Hunters on the ground trying to catch them.

But they came unstuck because of a bus driver named Graham, who had driven the duo from Wonthaggi to Phillip Island – and, having seen ‘Wanted’ posters with their faces, promptly called the Hunted tip line to dob them in for a reward.

Graham offered the Hunters detailed information, gleaned when Brittany and Karen had asked for his help while on-board his bus. He explained that he’d dropped them at the Phillip Island jetty, where they were inquiring about catching a ferry off the island.

Despite this intel, they still managed to outrun the Hunters, camping another night on the island before returning to the bus terminal the next day to find another way out.

And that’s where Graham spied them – and promptly called the tip line again, passing on their exact location to the nearby Hunters who pounced and caught them both, knocking them out of the competition (and killing their chances of sharing in the $100,000 prize money).

In a game that’s seen more than a few moments of kindness towards the fugitives from members of the general public, viewers were stunned to see someone go out of their way to work against a team:

Elsewhere in Monday’s episode, unlikely duo Jake and Rob – one a police officer, the other a hairdresser – again proved they’re the most chill contestants this season. While other teams are scrambling across the state to evade detection, these two have settled in Ballarat – and have even picked up work, with Rob cutting hair in a local salon while Jake works odd jobs out back.

And they’re not shy of taunting the Hunters, posing for a happy snap in front of a Ballarat landmark which was then posted to social media for all to see.

Brittany and Karen’s elimination leaves 10 contestants in the game: Jake and Rob, Grace and Sonny (who last night revealed their mastermind status, having left a digital trail of dead ends for the Hunters to follow), Nicholas and Lavinia, Puneet and Chris, and Stathi and Matt.

The £15 item that experienced travellers and flight…