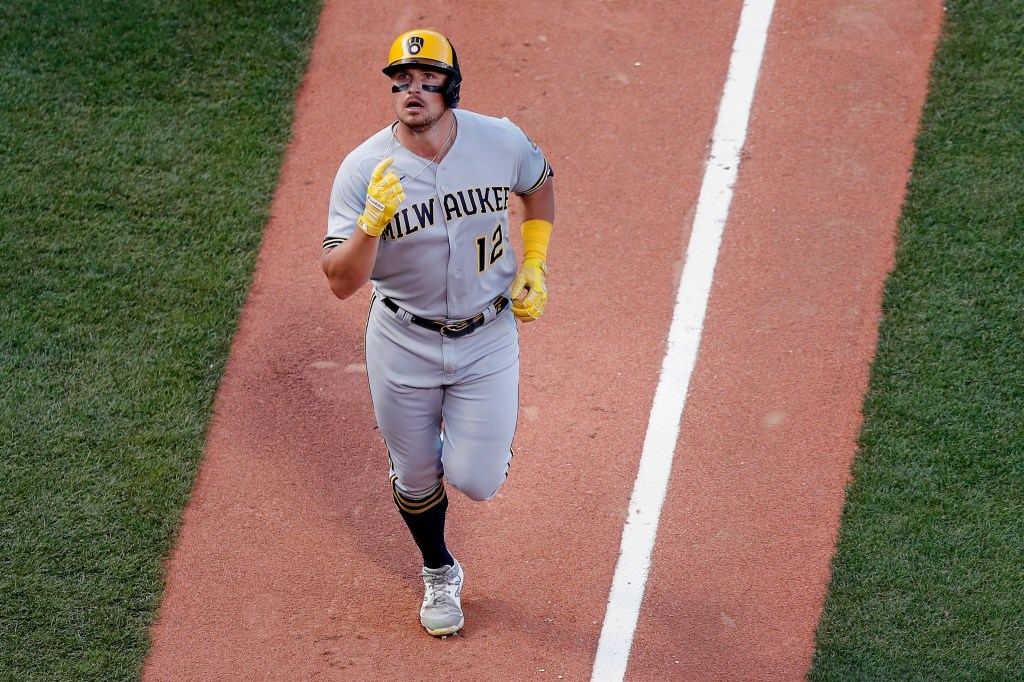 As if things weren’t already going bad enough for the Red Sox, one of their former players came back to Fenway Park and continued to pile on.

On Friday, Hunter Renfroe – traded from the Red Sox to the Brewers in December – returned to Boston for the first time since the deal and gave plenty of hugs as he caught up with old friends and former teammates.

On Saturday, he and his new team poured salt in their wounds.

Renfroe helped send his former team into a further spiral as the trade deadline approaches. The right fielder hit a two-run homer – reminiscent of several blasts he hit last season in a Boston uniform – and his Brewers held off the Red Sox as they handed them a 9-4 loss and another series defeat.

Saturday was par for the course for the Red Sox in July, a month in which bad news and bad losses have become the norm. It started when they learned Trevor Story would miss even more time with his hand injury, and ended with another lopsided defeat.

Two games left to go before the trade deadline, and the Red Sox are two games below .500.

After a torrid June that sent them to the top of the Wild Card standings, the Red Sox have backtracked with a horrendous July, punctuated with another series loss clinched on Saturday. The Red Sox went winless in eight July series, and hold a 7-19 record in the month with one left on Sunday.

They showed some heart after falling behind with a four-run deficit, with a three-run rally in the seventh, but the bullpen couldn’t keep it close and they came up short. Renfroe’s homer was a difference-maker.

Renfroe was a fixture of the Red Sox’ lineup last season, when he hit 31 home runs, but he was surprisingly dealt just minutes before the lockout in December, when Chaim Bloom sent him to Milwaukee and brought back Jackie Bradley Jr. and a pair of prospects in a move to upgrade Boston’s outfield defense.

It’s hard to say if either team won the trade – Bradley has improved the Red Sox’ defense, and Boston went out and replaced Renfroe’s right-handed bat with Trevor Story, who has produced well despite the fact that he’s currently out injured for significant time. But on Saturday, Renfroe won the day.

Nick Pivetta wasn’t sharp on Saturday, but despite allowing a lot of traffic, he got out of several jams and the Red Sox trailed just 2-1 when Renfroe came up to the plate in the fifth with a runner on and two outs. But with two outs, Renfroe made his former teammate pay for a bad mistake. Pivetta left a curveball hanging over the plate that Renfroe smoked to the Monster seats for a two-run homer, his 18th blast of the season.

Pivetta knew it right off the bat, and it put a sour end to his final start of July, which has been a forgettable month for the right-hander, who finished it with a 9.38 ERA in five starts.

Still, the Red Sox found themselves with a chance as they tried to mount a late comeback. They trailed 5-1 in the seventh when Jaylin Davis, Jarren Duran, Christian Vazuqez and Xander Bogaerts each recorded singles to make it a two-run game. J.D. Martinez followed with a sac fly to make the deficit one. The rally had a good chance to be extended when Alex Verdugo hit a two-out laser down the first base line, but Rowdy Tellez made an impressive grab to end the inning.

Verdugo, who’s often been snakebitten at the plate this season, stood at the plate for a moment, seemingly in a state of disbelief.

The Brewers added another run against Jake Diekman in the eighth before Christian Arroyo recorded his third hit in his return, a one-out liner to third that a diving Luis Urias nearly caught but couldn’t control on his fall. But the rally never got going as Davis and pinch hitter Franchy Cordero each struck out.

It got away in the ninth, when Ryan Brasier and Hirokazu Sawamura combined to give up three runs and put another loss on ice.