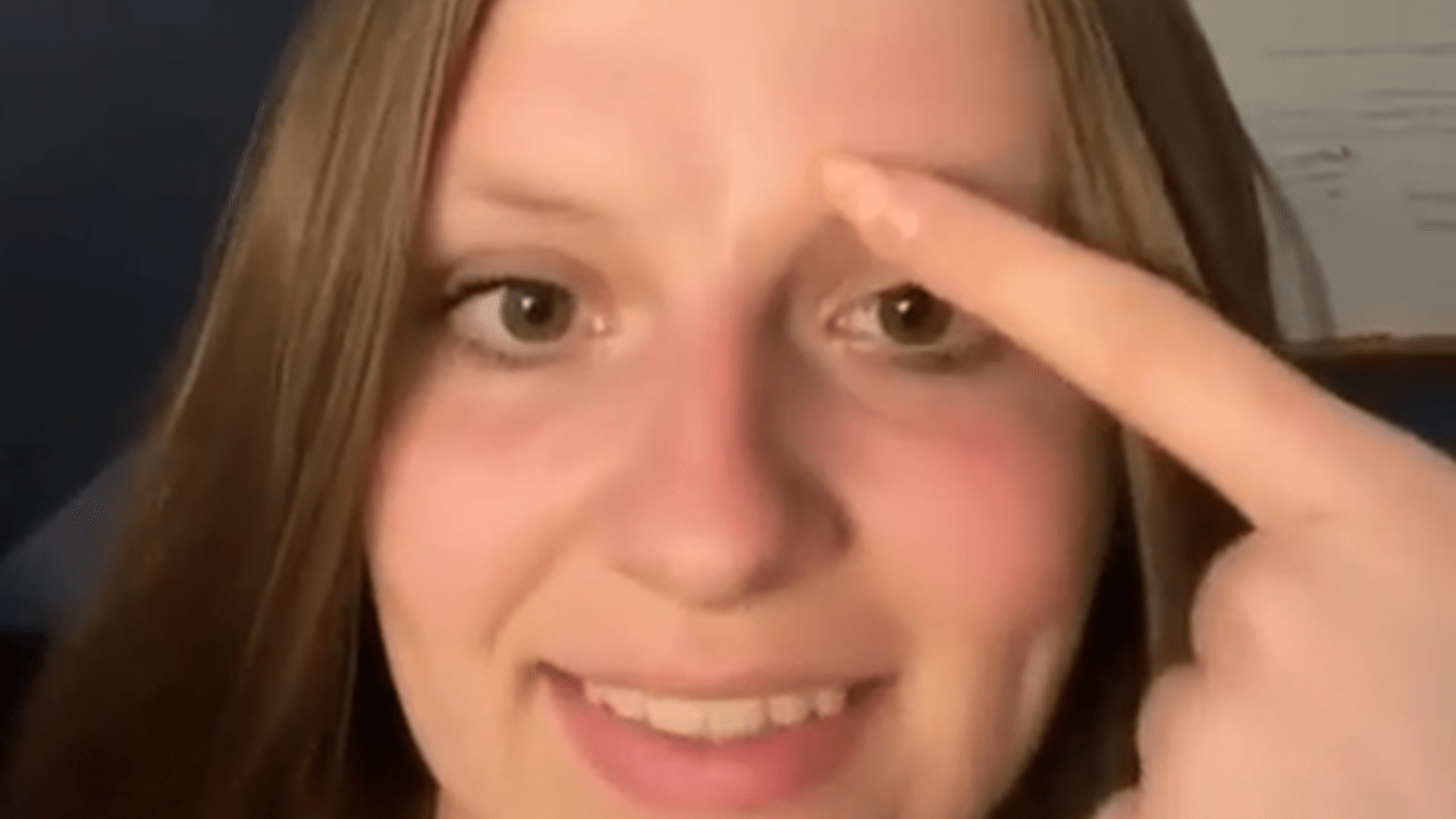 A WOMAN who “ate her twin in the womb” has been left with a permanent reminder on her forehead.

TikTok user Kaley has a scar between her eyebrows where her sister was absorbed.

The phenomenon is medically called “vanishing twin syndrome” and is a type of miscarriage.

It occurs when a woman is carrying multiple babies (twins or triplets), but one of the embryos stops developing.

The embryo dies and its tissue gets absorbed into the mum or surviving embryos, which is usually harmless.

In Kaley’s experience, things worked out a little differently. 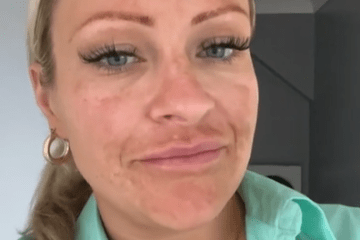 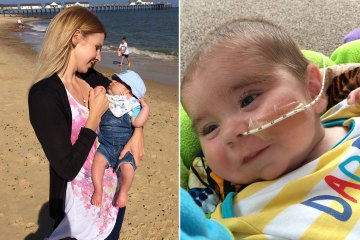 She jokingly explained in a video seen more than five million times that she was hungry in the womb.

“Nine months is a really long time to be kept in the womb without any real sustenance,” she said.

“I was a hungry foetus and I gave into temptation by eating my twin sister.

“However much like myself, she was a stubborn person.

“Instead of just being absorbed, she decided to stick around on my forehead.

“So when I was born solo, I was born with a bump right there with bones, teeth and hair in it, all human.

“And so they cut it out so it wouldn’t impact my skull, and here me and my sister are.”

In another video, Kaley posts a picture of herself when she was a baby, showing a small coin-sized bump on her forehead.

In another photo she has the area covered in a plaster after the mass of human tissue was removed.

According to the Cleveland Clinic, vanishing twin syndrome occurs when irregularities in the vanishing twin’s DNA prevent it from fully developing.

These irregularities in the embryo’s genetic code can’t be controlled or prevented.

It’s not possible to know how common the condition is because it’s not always clear that it happened.

Women can get pregnant with twins or triplets but miscarry an embryo before the first ultrasound, therefore never knowing there was another one.

But it can become apparent if doctors find foetal tissue from the vanished twin in the placenta after birth.

When a twin vanishes after the first trimester, it can make the pregnancy high-risk, as there is a chance the other baby will have health problems.

This includes an increased risk of cerebral palsy.

Biden and Macron take on war in Ukraine, trade issues in…

Christmas travel warning as road workers to strike at same…