I want a small phone, so which one should I buy? 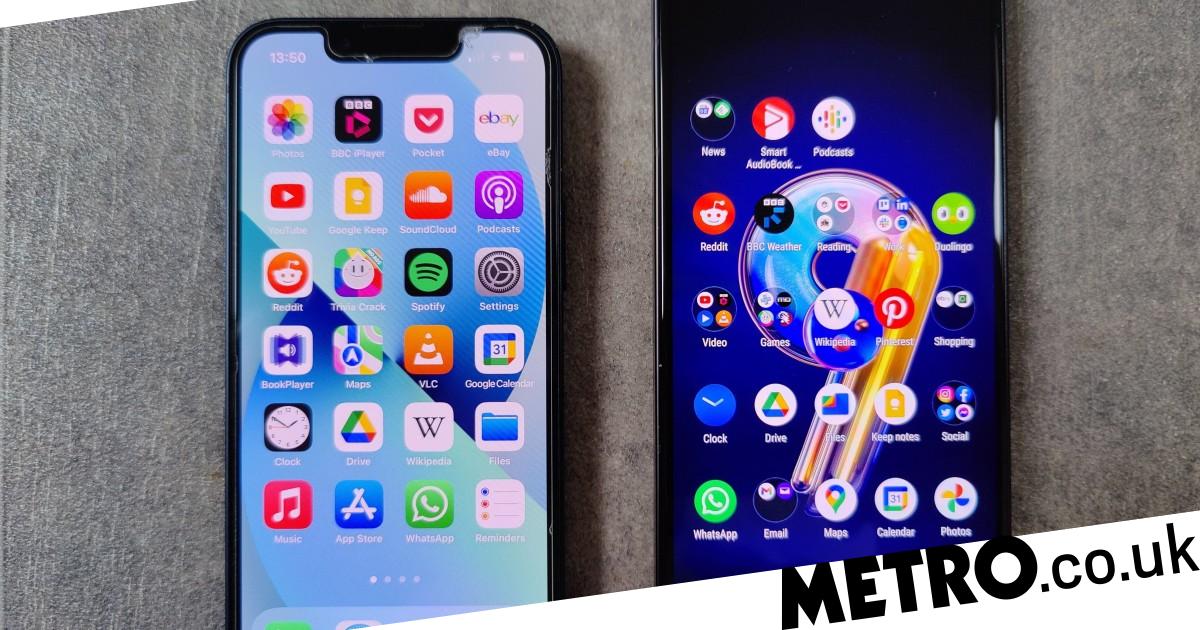 What happened to all the small phones?

As the power and functionality of smartphones has increased, so has their size.

The reasoning is simple. People do more with their phones, necessitating a bigger screen and more power which, in turn, requires a larger battery to keep it humming away.

The result? It’s tough to find a high-powered phone with a sub-6-inch screen. And sadly for fans of compact devices, the trend shows no signs of reversing.

If you want a premium, small-screen experience in 2022, you’re more or less limited to two options depending on your chosen operating system.

As a fan of smaller phones, I’ve been using both for a while and found both of them to be perfectly servicable as day-to-day devices.

Cutting right to the chase, if all you want is the smallest possible smartphone then you’re likely going to choose the iPhone 13 mini. At 5.4-inches across, the screen is noticeably more compact than the 5.9-inch Zenfone 9.

But, for all its extra height, the Zenfone does have a few advantages over the iPhone. It’s got a 120Hz refresh rate on the screen, twice the amount of RAM at the entry-level configuration and a headphone jack for using wired headphones.

Neither device is going to see you through multiple days of use, but Apple has seen fit to give the iPhone 13 mini wireless charging. So, if you’re a fan of slapping your phone down on the charging pad on your desk rather than fiddling with wires, ignore the Zenfone.

Then again, those of us who want to balance a work number and personal number on one device may be swayed by the Zenfone’s dual-SIM appeal.

What’s great is that both phones are at their zenith in terms of processing power. For the iPhone, it’s the Apple A15 Bionic while the Zenfone rocks the Qualcomm Snapdragon 8+ Gen 1.

This means you can run any app on the respective app stores, quick-loading and multitasking as you please and you’ve also got a future-proofed phone that’ll last you a good number of years.

It’s unlikely small phone owners want to do a lot of gaming or photo editing on their devices, but if you want to – you can with these two.

Both phones have got capable dual-lens cameras although, for my money, the iPhone edges out the Zenfone in terms of quality.

That goes double when it comes to capturing video footage, although to do so you’ll need as much storage as you’re willing to pay for.

Is this the end for small phones?

Unfortunately, the future doesn’t look bright for small phones. Later this week, Apple is set to reveal the next iteration of the iPhone and all bets say it’s killing off the mini due to lack of sales.

Meanwhile, over in Androidland, manufacturers like Samsung, OnePlus and Google itself are pushing flagship devices with screen sizes between 6.1 and 6.5-inches. The Samsung S22 Ultra, meanwhile, totes a gigantic 6.8-inch display.

The hope for those of us who want a diminuitive device may come in the form of foldables.

As well as making the aforementioned S22 Ultra, Samsung has also recently debuted the Flip4 – a clamshell phone with a 6.7-inch screen that folds down to half that size. There’s even a small secondary display on the outside that can be used for things like notifications.

Even so, the Flip4 and its ilk are still aimed at tech enthusiasts and have prices to match. The entry-level price for the Flip4 is a wince-inducing £999.

Untill these pocket transformers start becoming a bit more reasonable, it’s worth sticking with the iPhone 13 mini or Zenfone 9.


MORE : Best new smartphone releases of the summer, from OnePlus 10T to Nothing Phone


MORE : Apple could be bringing back the battery percentage indicator on the iPhone 14 Pro