‘I will become a dictator, take action,’ says MK Stalin 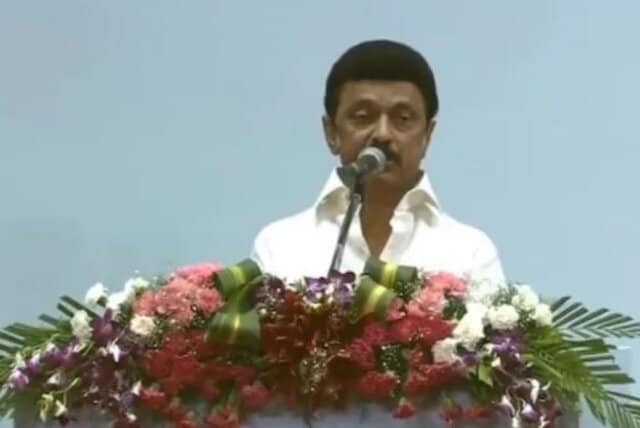 Recalling his incarceration during the infamous Emergency during 1975-77 and him becoming a legislator only in 1989, he said cadres should work hard for the people and wait for responsibilities to come their way

Underscoring that local bodies are the lifeline of democracy, Stalin said the icons of social justice – Periyar E V Ramasamy and Rajaji – who held lofty positions began their public life as heads of local bodies in Erode and Salem respectively.

Pointing to many newly elected women representatives, he advised them to act independently and not surrender to their spouses the responsibility bestowed on them. He said the elected representatives of local bodies should abide by law, the principles of fairness and justice and serve the people.

“I warn that those who violate this will face action. Legal action will be taken and not just action from the party,” he said.

Several of his close friends have been telling him that he has become ‘excessively’ democratic, Stalin said and added, “if indiscipline and irregularity rear their heads, I will become a dictator and take action.”

The DMK top leader said the party did not capture power so easily and it is the result of the selfless work of crores of party workers and similarly, he became the Chief Minister following his hard work for the people for the past 5 decades.

Recalling his incarceration during the infamous Emergency during 1975-77 and him becoming a legislator only in 1989, he said cadres should work hard for the people and wait for responsibilities to come their way.

Earning the people’s goodwill is difficult, he said and added that he has been working among the people for the past 50 years. When the representatives of local bodies worked by understanding the people’s needs, public would be rallying behind them, he said.

“At the same time, if you commit mistakes, they will move away from you. Don’t forget that they will boycott you.” The basic objective of the conference is to drive home the message that there should be no allegations against elected representatives, be it a mayor or councillor, the DMK chief said.

‘Everything in Hong Kong has changed’: A road to reinvention