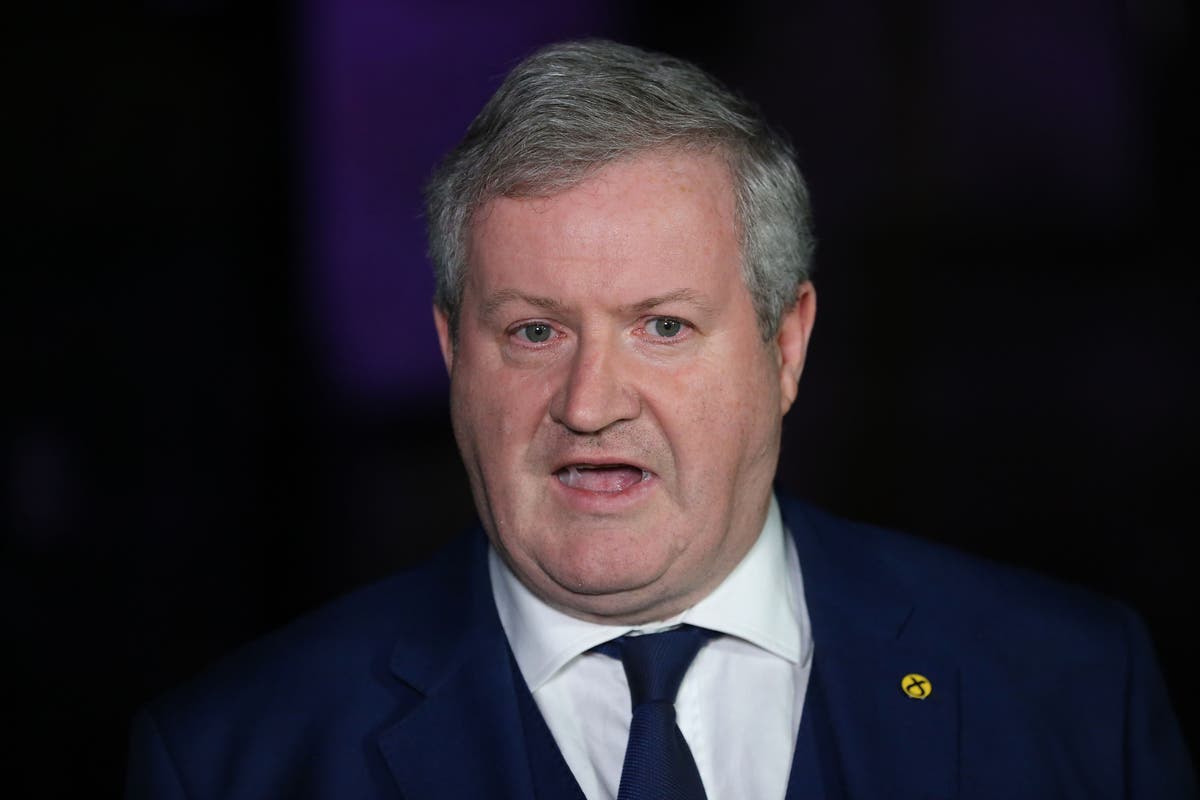 general election should be held sooner rather than later after Liz Truss enters Downing Street, according to SNP Westminster leader Ian Blackford.

Mr Blackford said a general election should be held because Ms Truss appears to be making proposals which were not in the Conservative manifesto in the 2019 election.

It would also “crucially” give people north of the border the opportunity to give their view on whether Scotland should be an independent country, he said.

Following her victory over Rishi Sunak in the Tory leadership contest, Ms Truss flies to Balmoral on Tuesday where she will be formally invited by the Queen to form a government and will then return to Westminster.

Asked whether he would like to see a general election “sooner rather than later”, Mr Blackford told BBC Radio Scotland’s Good Morning Scotland programme: “Very much so, and for the very simple reason that what Liz Truss now seems to be proposing was not in the Tory manifesto in the 2019 election.

“First and foremost, let’s put the support in place that families, that businesses, need.

“Let’s get that done and the right thing to do is then to put this to the people, to have that general election and let the people in Scotland express their opinion, and I think crucially their opinion as to whether or not Scotland should be an independent country.”

Scotland’s First Minister, Nicola Sturgeon, has outlined plans for a second independence referendum on October 19, 2023, but said Scottish ministers are currently focused on the outcome of a Supreme Court hearing next month – where judges will consider if such a vote can be held without the consent of the UK Government.

If the court rules against the Scottish ministers, she has said she will treat the next general election as a “de facto referendum”.

Ms Truss is opposed to the Scottish Government’s plans to hold a second independence referendum next year.

Asked whether he would treat a snap election as a de facto referendum, Mr Blackford said that if a referendum is not possible then a de facto decision in a general election is the “default position”.

He told the BBC: “First and foremost we’ve got the hearing in front of the Supreme Court that’s to take place in October, I cannot see that we’re going to have an election before that anyway so let’s wait and see what happens.

“If we win that case at the Supreme Court then that means that we have a referendum in October 2023 and that’s what we should be focused on.

“Of course if we can’t, for whatever reason, achieve that then having that de facto decision taken by the people in a general election becomes the default position.”

Mr Blackford said that Scotland continually gets prime ministers it does not vote for, and that an independence campaign would “point out the future that Scotland can have”.