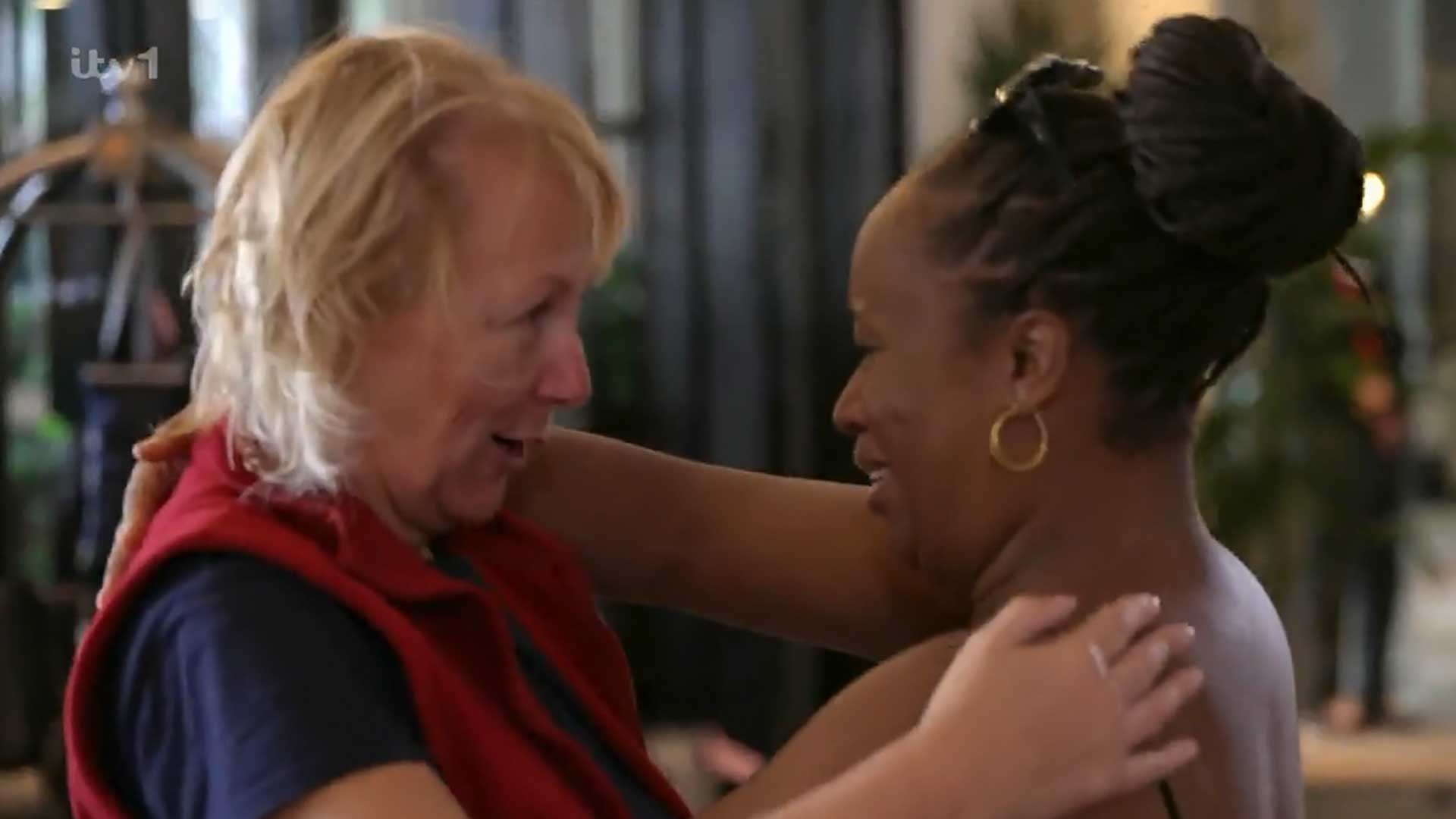 I’M A Celebrity star Charlene White broke down in tears as she was reunited with campmate Sue Cleaver.

The newsreader, 42, formed a close bond with Corrie star Sue, 59, during their time in camp.

On tonight’s Coming Out show, the soap star was the third person to be evicted from camp and arrived at Marriott hotel to greet her loved ones and her recently evicted campmates.

Loose Women star Charlene was waiting for her best pal in the lobby and was left overwhelmed when she spotted Sue.

Charlene – who was the first to leave the jungle – gave Sue a big hug and was left in floods of tears at the emotional reunion.

It comes after Charlene revealed that she and Sue were forced to strip naked in front of Boy George and Jill Scott. 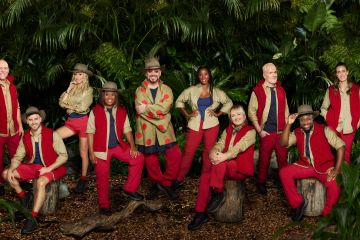 The star returned to Loose Women today following her stint on I’m A Celebrity and shed some light on some of the secrets from this year’s show.

Talking to her co-stars, Charlene told how she struggled to get clean after a trial and was left with no choice but to get completely naked.

Sue was in the same boat so stripped off too – while Boy George and Jill tried to protect their modesty.

She explained: “After Sue and I did that leadership challenge and we got covered in offal, you have no idea the cracks and crevices offal can get into.

“We got back to camp and Boy George and Jill immediately ran down to the shower and said we’ll hold the towels for you so no one can see you when you are showering.

“So Boy George and Jill both held up towels for us and we were trying to wash everything out with our bikinis on and then realised that wasn’t going to work because the bikinis were full of offal, so we went naked.”

Charlene added: “I have seen all of Sue’s bits, she’s seen all of mine, as have Boy George and Jill.”

Charlene was the first person to leave the jungle this year and has enjoyed spending time in Australia before being reunited with her children yesterday.

She was overjoyed to be reunited with her daughter Florence, three and son Alfie, five, after the youngsters returned home from school.

She posted a shot of herself hugging her offspring and smiling happily while standing in the kitchen of her South London home.