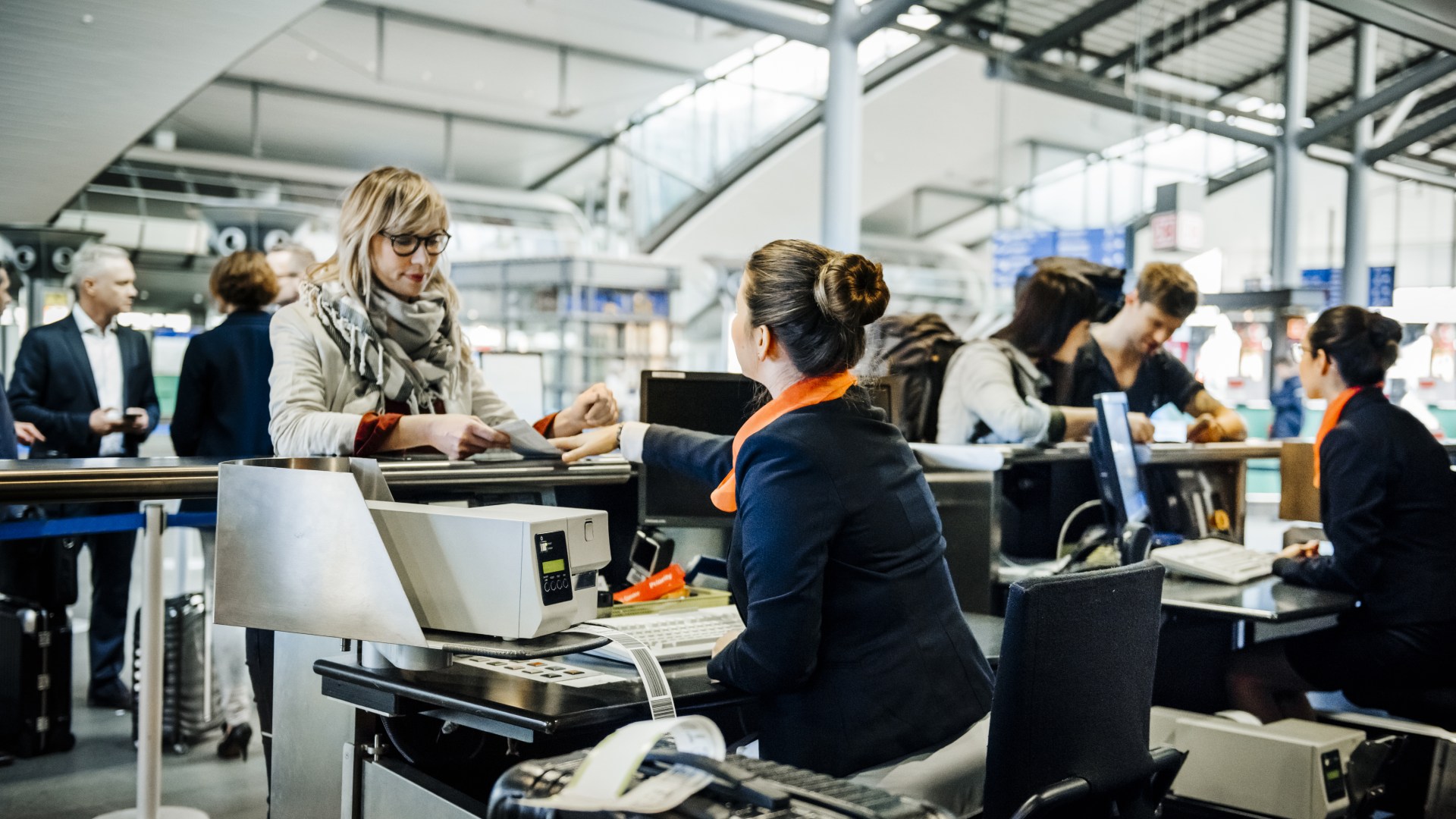 AN AIRPORT worker has revealed their most hated type of passenger.

Flight attendant Anastasia Crunk, who regularly operates the check-in desk at the airport, has revealed the traveller who makes their lives most difficult.

While some people are known to get to the airport up to three hours before their flight is due to take off, others arrive with just seconds to spare, and airport workers hate them for it.

Anastasia captioned her video on TikTok: “How customers be when they arrive LATE for the flight.”

In the video, she showed a mock conversation between herself and a passenger, who had rocked up to the gate moments before their flight was due to take off.

The passenger then made excuses for the fact they were so late, including “I had to get a Starbucks real quick”, and “traffic was crazy”.

Anastasia put on a fake smile and said: “I’m so glad you made it. Come on and board.”

The passenger then had the cheek to ask for an aisle seat, to which Anastasia replied: “We’re completely full tonight.

“If we had a little more time I’d try and see if we could do something for you but we’ve got to close up right now.”

Even after Anastasia’s not-so-subtle hint that the passenger needed to get a move on, they said: “Right now? Do I have time to go to the bathroom?”

Anastasia said: “No no no no. You can go to the bathroom onboard.”

Meanwhile, a flight attendant has explained what to do if you are late for your flight – and you can still try to get on the plane.

She explained to her followers on TikTok: “Always, always still go to your gate if your plane has not departed, or even if you’re a few minutes late.

“The reason being is a there could be a delay and you could possibly get back on the flight.”

“If you are late to your flight, what happens with the gate agent is they start putting standby people on those seats.

“Those are the people who had bought their tickets but waiting for their seats or people who work for the airlines and waiting for a seat if there is an open one.”

Another flight attendant has revealed one annoying thing passengers always do that has even left them with a scar.

And Ryanair flight attendants have shared the most stupid question they’ve been asked onboard.

Want to run outdoors this winter? Here are some tips from a Canadian Olympic marathoner