Imtiaz Ali: All incomplete stories of my life, complete themselves in my films | Hindi Movie News

On a chilly winter Sunday night at Sunder Nursery, Imtiaz Ali turned into a storyteller for Delhiites at Kathakar International Storytelling Festival. For his fans, it was probably the ideal way to spend their Sunday evening, who came with the filmmaker’s portraits and CDs and posters of his films. In a conversation with Mohit Chauhan, Imtiaz highlighted his Delhi days, what made him miss the FIFA World Cup and why making music for Rockstar felt like a workshop.

WAS SUPPOSED TO WATCH A WORLD CUP MATCH IN QATAR BUT CHOSE TO COME TO DELHI INSTEAD: IMTIAZ ALI

Imtiaz, a regular speaker at the Kathakar International Storytelling Festival, shared, “It is true that the energy of this place is blessed in many ways. If you look around, you will find grand historical monuments and spirituality in proximity. Hazrat Nizamuddin Auliya is next door; Gurdwara Damdama Sahib is there. I feel in some ways, this is a very auspicious place. I was supposed to be at the Qatar World Cup and watching a match, and I was going to be taken there free of cost and somebody was organising the ticket as well. Unhone kaha aap kaun si team follow karte ho? I said I follow Brazil and this time I think we will win. I wanted to see a Brazil match but then there was also this, so I thought woh pata nahi, yeh dekh lete hain pehle. That was not the only reason, but I’m happy to be here instead. ”

‘DELHI GIRLS ARE VERY TALKATIVE, THEY TALK IN A CERTAIN STYLE’

Imtiaz has several stories to share when it comes to his days in Delhi. The moderator started with the disclaimer that there are stories we can talk about, and there are stories we cannot talk about. To which Imtiaz replied, “The story that I am thinking of, it’s a story with multiple characters. ” He added, “I had come to Delhi from Jamshedpur; I used to be a part of a theatre group called Act One while I was staying at the Hindu College’s hostel. We used to catch trains from Delhi to go to Jamshedpur. My friends would insist on going along with me because the bestlooking girl would always be in my compartment. Buses mein bhi aisa hota tha. I used to find Delhi girls very talkative, they used to talk incessantly. They would go like, ‘Pata hai main ja rahi thi…’ there was a certain rhythm, unki personal baatein, relationship talks, yeh saari cheezein mere dimag mein thi. All stories of my life are incomplete in some ways, and I think it’s a good thing because they can complete themselves in my film. ” Imtiaz said that this story about these girls that he had met completed itself in Jab We Met. “That’s the same girl, and I have met her several times in several places but always in Delhi,” he added.

‘JAB WE MET WAS REJECTED THE MOST’

Imtiaz Ali said one of his most loved films, Jab We Met, was rejected the most. “But anything that is rejected is not necessarily bad. It is just not suited for that person, at that time. Everything that I have done, especially the ones that are successful, jo zyada chali hain, wahi zyada reject bhi hui hain. I can’t tell you how many producers and actors rejected it. Not becauseit was wrong, but it was not suited to them at that time. And this is what I want to say to young people – rejection is not a judgement of the quality of your work at all. You have to take rejections as a medal. If something is accepted easily, usually there is something wrong with it. So be afraid of things that are easily accepted; it means you have not found your depth in it,” said the filmmaker. 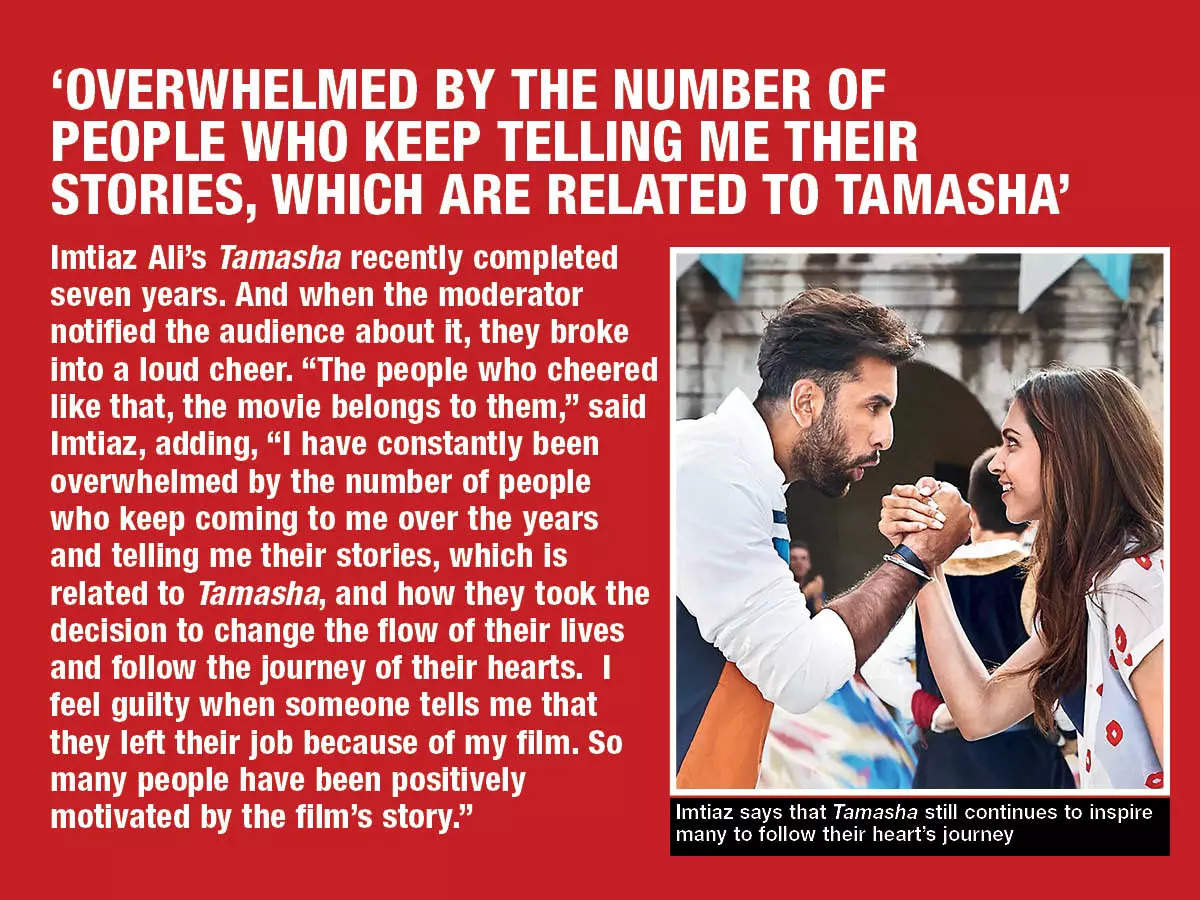 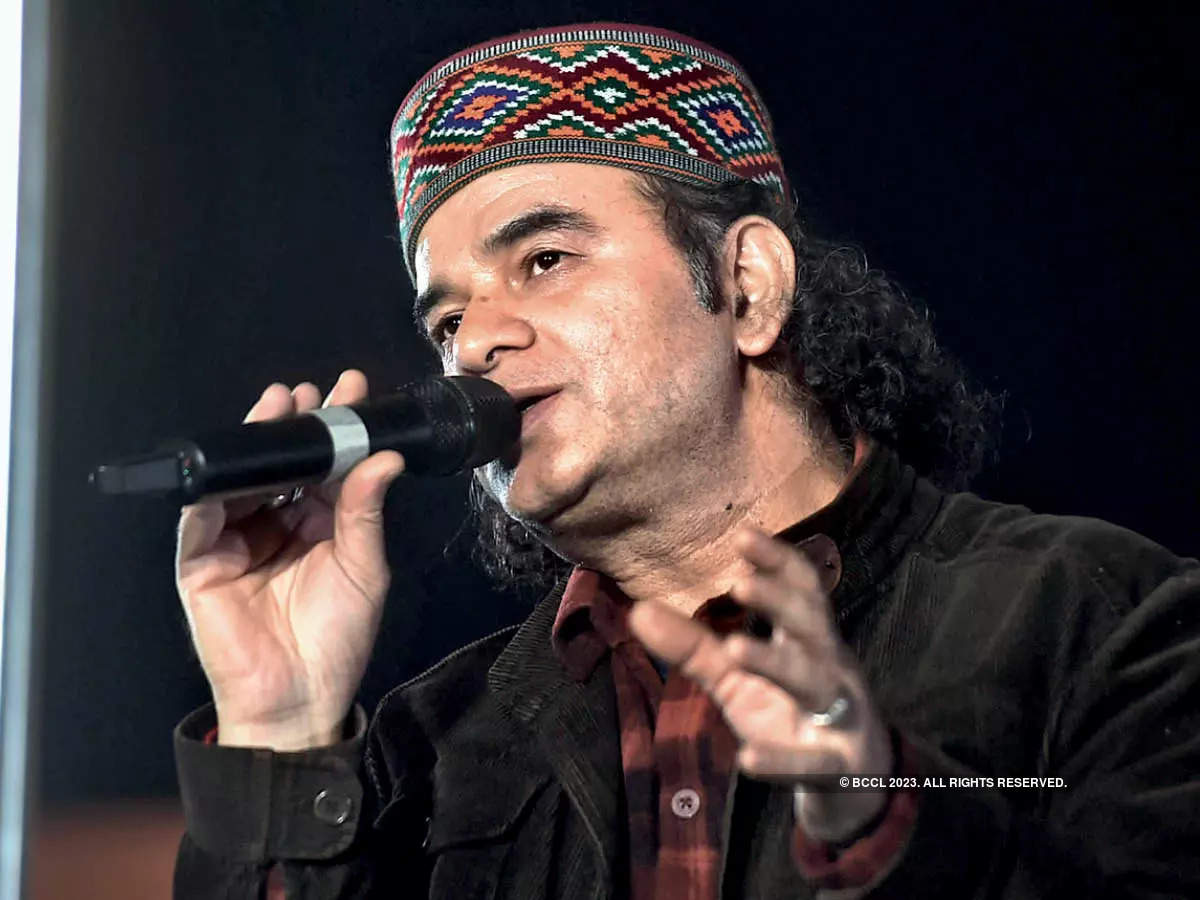 WORKING ON ROCKSTAR WAS LIKE ATTENDING A WORKSHOP: MOHIT CHAUHAN

a proud Wiradjuri woman, is spearheading change and a rising awareness of First Nations inventiveness in the fashion industry.