In Buffalo blizzard, even the rescuers needed rescuing 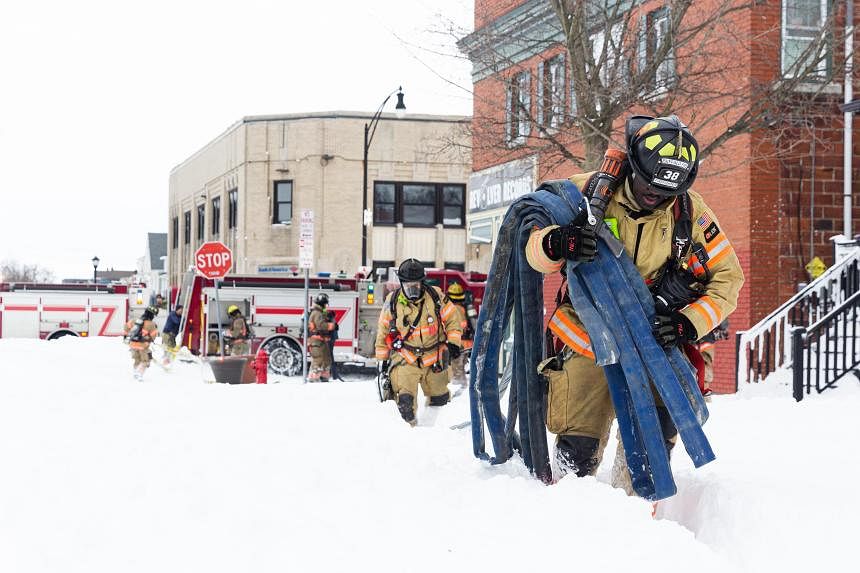 NEW YORK – Trapped inside his Kia Sedona with his four young children as a blizzard raged outside, Mr Zila Santiago frantically called 911, the National Guard and friends for help, but none came.

For 11 long, dark hours over Christmas Eve, Mr Santiago and his family sat in their minivan after getting stuck in a snowbank at Alabama and Fulton streets in Buffalo, New York. Although the county had put a driving ban in place, Mr Santiago, a single father, was on the road because he said he couldn’t afford to leave his children overnight with their babysitter.

“I have been through bad storms before,” said Mr Santiago, 30, at home in Lackawanna after the family was rescued at about 5am on Sunday by a passing snowplough. “But this is not something that I’ve been through or experienced in my lifetime.”

He burned gas to keep the children – ages 2-6 – warm and served them juice he found stashed in the trunk. He helped his boys relieve themselves in a bottle, and he hid his distress by entertaining them with games and a TV installed in the vehicle.

The Santiagos were among thousands of residents of western New York whose Christmas holidays were disrupted by the enormous storm that left 4 feet of snow in Buffalo before moving south Sunday. Even in a region known for fierce winter weather, the blizzard left Buffalo especially paralysed, with rescue workers themselves stranded in ambulances and other emergency vehicles across the city.

The death toll across Erie and Niagara counties rose to 17 on Sunday. Officials said that tally was likely to rise.

On Sunday evening, Governor Kathy Hochul described the blizzard as an “epic, once-in-a-lifetime storm”, and county officials cautioned that more snow and wind was expected Monday and Tuesday.

State emergency responders have assisted in nearly 500 rescues, including helping to deliver a baby, officials said on Sunday evening.

County officials put out a call for volunteers to help – and a request that they provide their own snowmobiles. Buffalo Niagara International Airport announced it would be shut down until Tuesday morning, and thousands of customers across the region remained without power and heat.

Blizzard Facebook groups popped up overnight, with stranded residents begging for help. More than one family sought out a midwife to coach a pregnant woman through labour.

Mr Christopher Pulinski put out a call for help reuniting with his 17-year-old son, stuck home alone in the neighborhood of Elmwood Village. A stranger with a snowmobile replied that he was on his way.