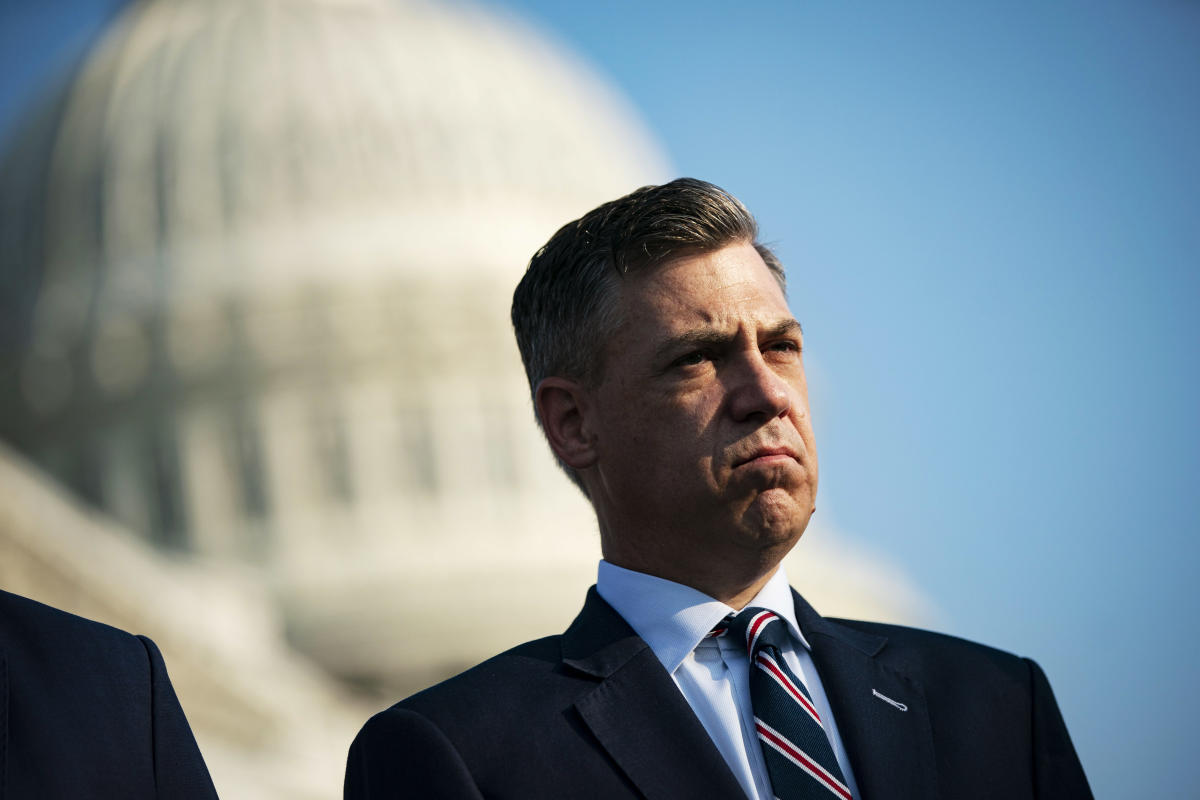 Rep. Jim Banks, R-Ind., on Tuesday announced his campaign for the Senate seat held by GOP Sen. Mike Braun, who decided against running for re-election in 2024 and will run for Indiana governor instead.

Banks, a staunch ally of former President Trump, is the first candidate to enter the Senate race.

“Radical, socialist Democrats are trying to change America, but I won’t let them,” Banks said in a video announcing his campaign. “I’ve been on the front lines fighting for America first policies in Congress,” including increasing border security, imposing trade measures on China and opposing abortion, trans-gender girls competing in sports and critical race theory.

“Indiana deserves a conservative fighter in the United States Senate, but the radical Democrats and the spineless Republicans are going to do everything they can to stop me,” he said.

Last year, Banks, a former chair of the conservative Republican Study Committee, ran in a tough three-way race for House majority whip, the No. 3 job in GOP leadership, but lost to Rep. Tom Emmer, R-Minn., on the second ballot.

Tuesday’s announcement comes days after the conservative group Club for Growth Action vowed to spend money on ads against former Indiana Gov. Mitch Daniels if he jumps into the race for the Senate seat being vacated by Braun.

Banks supported newly elected House Speaker Kevin McCarthy, R-Calif., this month amid 15 contentious rounds of balloting. In 2021, Banks was among the five Republicans that then-Speaker Nancy Pelosi, D-Calif., allowed McCarthy to pick to join the select committee formed to investigate the Jan. 6 attack on the U.S. Capitol. After Pelosi rejected Banks and Rep. Jim Jordan of Ohio, McCarthy ultimately withdrew all five names.

Banks frequently appears on Fox News and often echoes grievances aired by Trump and his allies. He helped spearhead legislation in 2020 that accused the Chinese government of having made multiple “serious mistakes” in its handling of the pandemic. Banks’ Twitter account was suspended in 2021 after he intentionally misgendered a senior Health and Human Services official, Dr. Rachel Levine, the first transgender person to hold an office that requires Senate confirmation.

Amid Trump’s refusal to concede the 2020 presidential election, Banks was among the House Republicans who supported a Texas lawsuit challenging then-President-elect Joe Biden’s electoral victory in several states. He also voted against certifying Biden’s victory after a mob of Trump supporters breached the Capitol on Jan. 6, 2021.