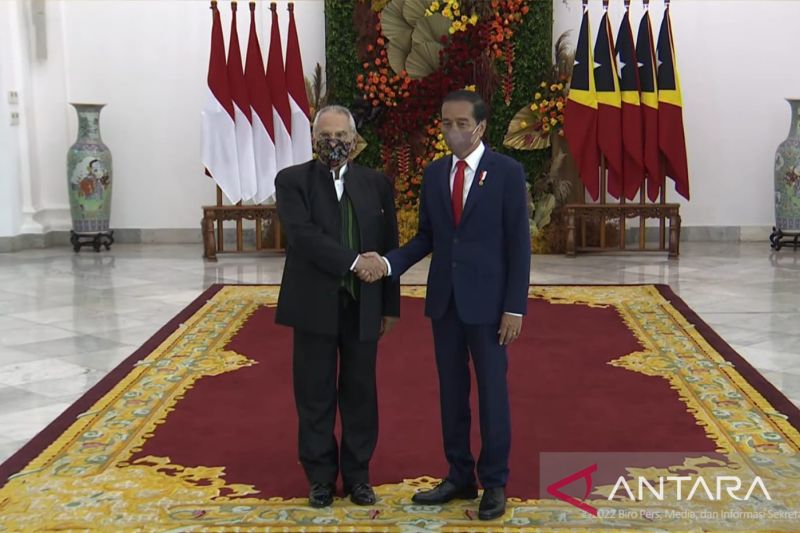 Jakarta (ANTARA) – The governments of Indonesia and Timor Leste signed four memoranda of understanding (MoU) in the agriculture, transportation, and trade sectors.

The signing was conducted during the meeting of Indonesian President Joko Widodo (Jokowi) with his counterpart from the Democratic Republic of Timor Leste, José Manuel Ramos-Horta, at the Bogor Presidential Palace, West Java, on Tuesday.

Based on information obtained from the Presidential Secretariat’s YouTube broadcast on Tuesday, the delegation from each country inked four MoUs on agriculture, bus cross-border movement, standardization and metrology, as well as technical cooperation in the trade sector.

The delegates, who attended the signing from Indonesia, were Coordinating Minister for Political, Legal, and Security Affairs Mahfud MD; Minister of Foreign Affairs Retno Marsudi; Minister of State Secretary Pratikno; and Minister of Trade Zulkifli Hasan.

President Ramos-Horta arrived at the Bogor Presidential Palace at around 9:54 a.m. local time. He was greeted with a series of official state welcoming ceremonies.

President Ramos-Horta was then greeted directly by President Jokowi in the courtyard of the Bogor Presidential Palace.

Currently, the two state leaders were still engaged in informal conversations on the back porch of the Bogor Presidential Palace.

President Ramos-Horta is planning to stay in Indonesia for eight days. Before arriving at the Bogor Presidential Palace, the Timor Leste president and his entourage first visited the Kalibata Heroes Cemetery to lay a wreath honoring the fallen soldiers.

Scars of COVID persist for sickest survivors, their families