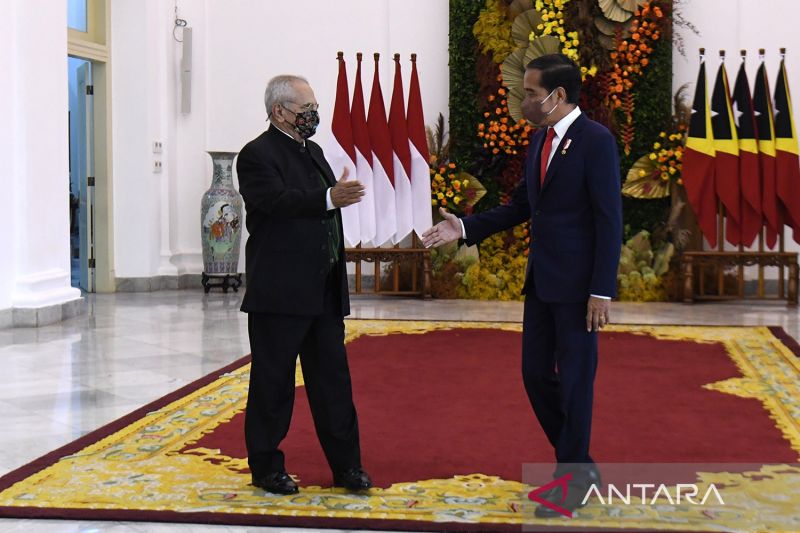 We also spoke about the completion of border negotiations, and I emphasized the importance of resolving the two remaining segments of the two countries’ land border soon.

Jakarta (ANTARA) – Indonesia and Timor-Leste have agreed to continue to raise the value of bilateral trade between the countries, Indonesian President Joko Widodo (Jokowi) stated after attending a bilateral meeting with President of Timor-Leste José Ramos-Horta.

“Considering the current trend of trade affairs (between the two countries) that continues to show positive development, I believe that it can continue to be improved,” Jokowi stated during a joint press conference along with Ramos-Horta at the Bogor Presidential Palace, West Java Province, on Tuesday.

The Indonesian president remarked that at the meeting, discussions focused on bilateral economic cooperation.

Furthermore, he highlighted the commitment of Indonesian state-owned enterprises (SOEs) and private companies to become involved in the development activities in Timor-Leste, especially in the infrastructure sector.

He also encouraged the two countries to immediately conclude their bilateral investment treaty.

Jokowi stated that the value of Indonesia’s investment in Timor Leste had reached US$818 million (Rp12.3 trillion) in the banking, oil and gas, as well as telecommunications sectors.

“We also spoke about the completion of border negotiations, and I emphasized the importance of resolving the two remaining segments of the two countries’ land border soon,” he stated.

Moreover, at the bilateral meeting, the delegations of both nations inked four memoranda of understanding on agriculture, cross-border transportation, standardization and metrology, as well as trade cooperation.

President Ramos-Horta is scheduled to stay in Indonesia for eight days. He arrived at the Bogor Presidential Palace at 9:54 a.m. Western Indonesian Standard Time (WIB, UTC+7) and was greeted with a series of official welcoming ceremonies.

Before conducting the bilateral meeting, the two state leaders planted an agarwood tree (Aquilaria sp.) in the backyard of the palace and engaged in brief talk on the palace veranda.

It was Ramos-Horta’s first visit to Indonesia after being inaugurated as the 7th president of Timor-Leste on May 20, 2022.

Who is ‘stopping’ Arvind Kejriwal from visiting Singapore? The permissions needed by CMs for foreign trips explained