Indonesia, US, and partner nations ready for Garuda Shield 2022 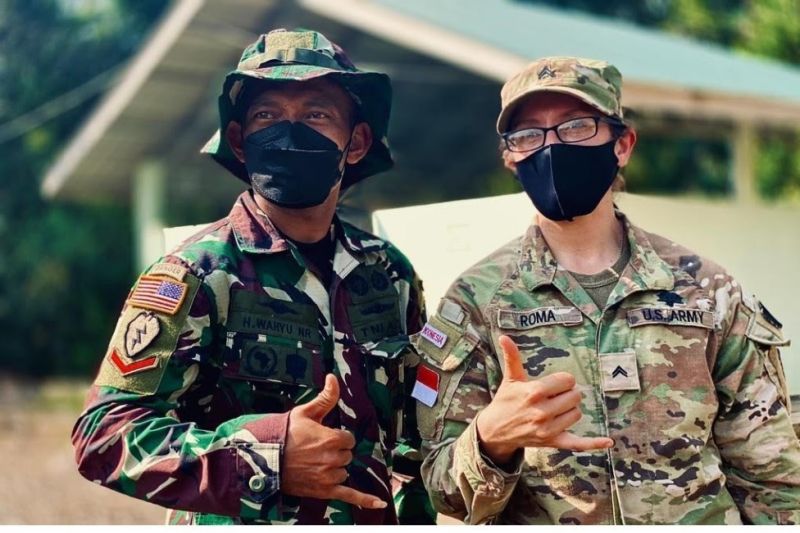 Jakarta (ANTARA) – Service members from Indonesia and the United States, joined this year by those from Australia, Japan, and Singapore, will participate in an annual joint military exercise Garuda Shield 2022.

The joint military exercise will be held on August 1-14, 2022, at several training locations — Baturaja, Amborawang, and Batam Island — in Indonesia, according to a statement from the US Embassy in Jakarta received here on Tuesday.

Garuda Shield is an annual combined and joint exercise between the Indonesian National Armed Forces (TNI) and the U.S. Indo-Pacific Command (INDOPACOM), designed to strengthen interoperability, capabilities, trust, and cooperation built over decades of shared experiences.

The Garuda Shield 2022 exercise will be significantly larger in scope and scale than the earlier exercises, with several nations participating or observing for the first time.

In addition to countries actively participating, Canada, France, India, Malaysia, the Republic of Korea, Papua New Guinea, Timor-Leste, and the United Kingdom, are expected to join as observer nations, according to the US Embassy.

“I am proud to see how the Garuda Shield has grown since last year  expanding this summer to a joint, multinational exercise that includes all of our service components,” Commanding General of the U.S. Army Pacific, General Charles Flynn, stated.

Flynn noted that the Garuda Shield exercise is a symbol of the US-Indonesia bond and the growing relations between land forces in the consequential region since land forces are the glue binding the region’s security architecture together.

“We do that together by building readiness, building relationships, and by building trust. Bringing our forces together like this, we stitch the fabric of regional security into something lasting,” he remarked.

The exercise strengthens the U.S.-Indonesia Strategic Partnership and advances regional cooperation in support of a free and open Indo-Pacific, he stated.

Moreover, the exercise will feature professional and cultural exchanges that strengthen the U.S.-Indonesia partnership through shared learning and training.

Trainings, academic exchanges, and professional development workshops focused at the corps-level and below will prioritize areas, such as humanitarian assistance and disaster relief, as well as combating conventional, unconventional, and hybrid threats, the US Embassy noted in a statement.

In the Garuda Shield program, a command post exercise (CPX) will focus on U.N. peacekeeping operation staff tasks in a combined military setting.

Liz Truss: Who is Liz Truss, is Liz Truss from Paisley, the ‘true blue’ Tory MP and Foreign Secretary standing in the Conservative leadership race