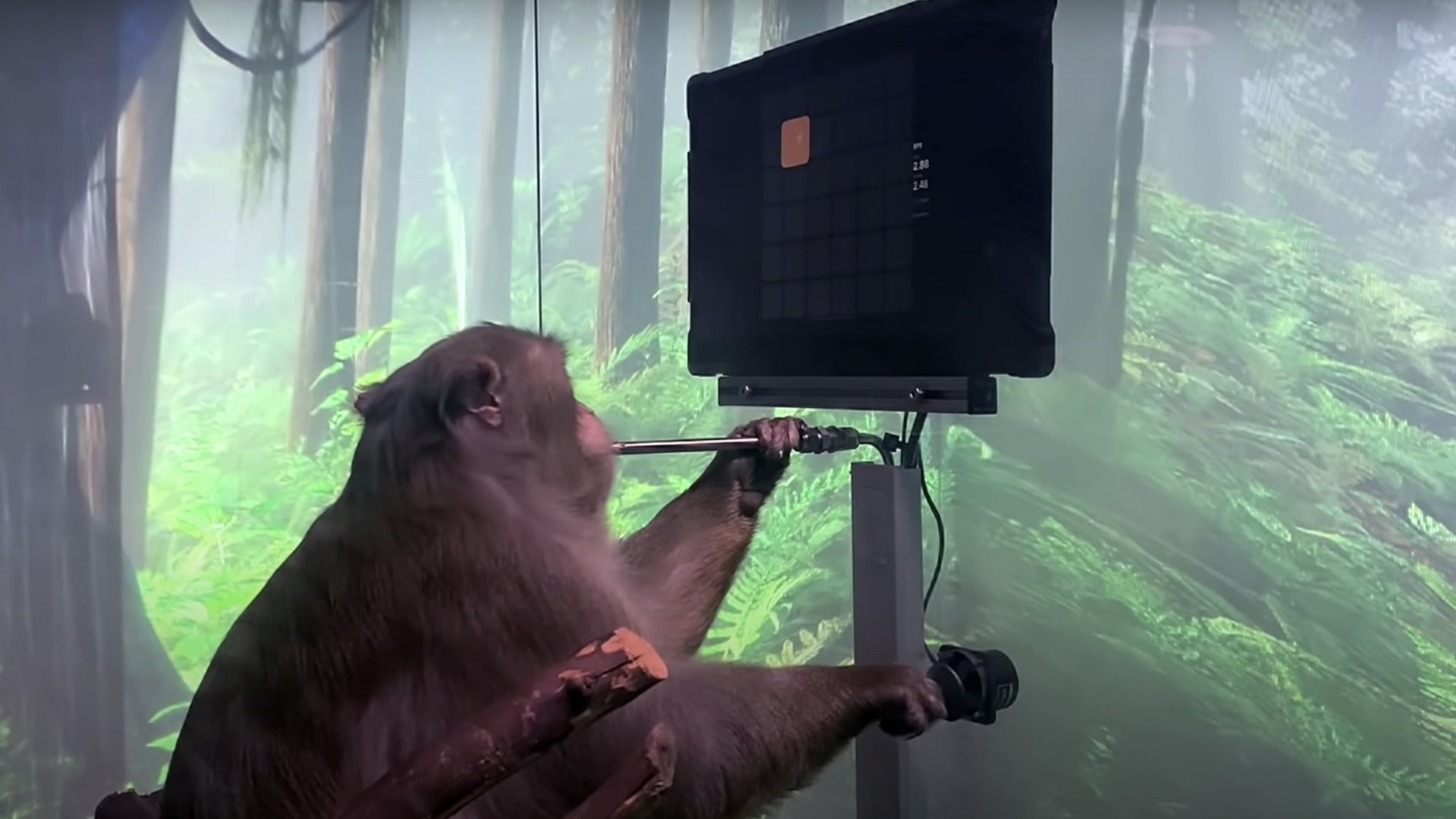 The call comes in the wake of Elon Musk showcasing mind control technology developed by his Neuralink company, which has used monkeys in its development.

Neuralink’s brain chips were implanted in the monkeys’ heads to see if they could control technology with their thoughts.

The technology has already shocked the world after tests showed a monkey playing video game pong with its thoughts.

But the experiments allegedly left 15 out of 23 of them dead and have also been allegations about the suffering caused to monkeys. including that one chewed its fingers off.

Images from separate but similar experiments show monkeys having holes drilled into their heads for electrodes to be placed in their brains.

Animal rights organisation People for the Ethical Treatment of Animals (PETA) have now called for Elon Musk to halt the experiments.

Kathy Guillermo, PETA US Senior Vice President, said Musk “has frittered away his funds and left common sense behind by continuing to bankroll the torture of highly intelligent, sensitive primates, who have the same capacity to suffer as we do.

“We urge Musk to ban these Frankenscience experiments on animals and implant a chip in his own head instead.”

PETA’s call for the Neuralink to halt follows that of the Physicians Committee for Responsible Medicine.

The PCRM has filed a complaint against Neuralink for allegedly subjecting monkeys to abuse in research conducted in partnership with scientists at the University of California, Davis.

In one instance, a monkey was found missing some fingers and toes, possibly caused by self-mutilation, legal papers claim.

Another case revealed a female macaque monkey had the electrodes implanted into its brain, which caused it to be overcome with vomiting, retching and gasping, it’s alleged.

An autopsy later showed the monkey suffered from a brain haemorrhage.

Bloody skin infections, monkeys collapsing and other horrific side effects were also recorded in the results.

In one instance, a monkey was found missing some fingers and toes, possibly caused by self-mutilation, legal papers claim.

In a statement released in February, Neuralink defended its testing measures – but admitted several animals were euthanised.

It blamed animals losing their fingers as a result of fighting with other monkeys, rather than self-mutilation.

“It is important to note that these accusations come from people who oppose any use of animals in research,” said Neuralink.

“Currently, all novel medical devices and treatments must be tested in animals before they can be ethically trialed in humans Neuralink is not unique in this regard.”

It comes amid concerns about brain implants in monkeys which some fear could open the door to freakish Frankenstein-like experiments.

Scientists fear tinkering with the mind is slippery slope – and there could be a very real risk these breakthroughs are abused.

Mice, turtles and monkeys can already be controlled like “puppets” or “avatars”.

It advocates protecting the inside of our minds and setting out ethical guidelines for this new frontier of science.

Professor Yuste told The Sun Online: “We are dealing with a world race, private and public, to develop these methods.

“We have to regulate so we don’t infringe on the basic core of our humanity.”