Inside Minster Mill, a Cotswold hotel that offers snug bedrooms and a three-AA-rosette restaurant 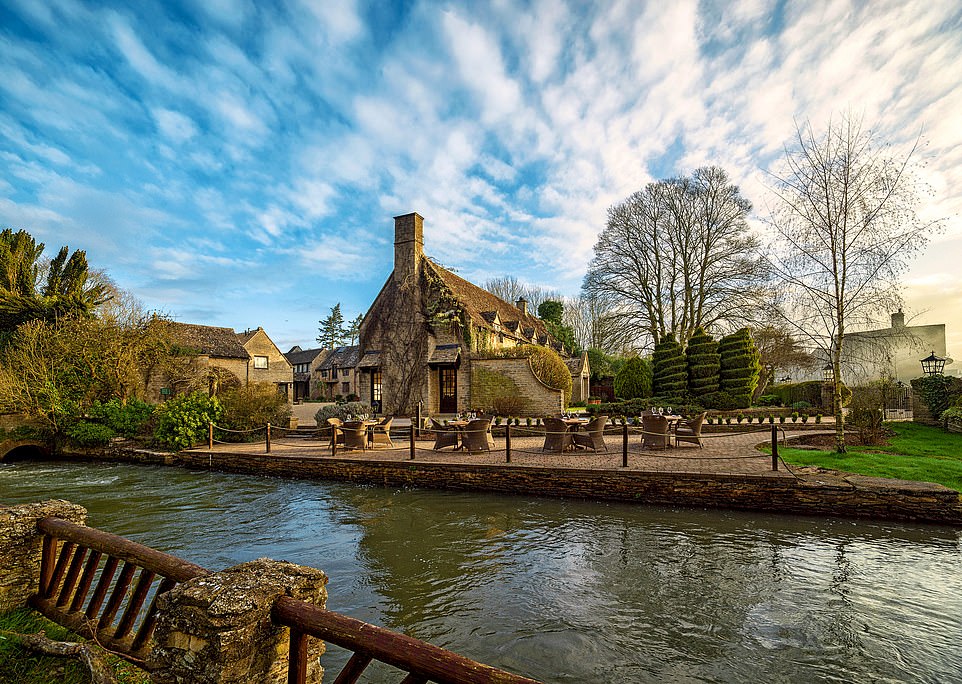 Crunch across the gravel from Minster Mill’s car park, next to a fragrant wildflower meadow, and there’s a sense you’re wandering not towards a hotel but through a tiny hamlet, complete with rentable pastel-hued Pashley bicycles propped against thick stone walls.

Built on the foundations of a mill referenced in the Domesday Book, the 38-bedroom hotel, in the Cotswolds village of Minster Lovell, had a £4.5 million makeover in 2019.

Most rooms are in the linear stone building, bookended by a restaurant and spa – where you can soak up views of the River Windrush or do lazy laps in the pool. There’s an additional cluster of rooms perched on the riverbank, and six in a slick nearby annexe.

Rather than offering endless hidden nooks inside, Minster Mill is a hotel where outdoor exploration is encouraged. The grounds fan out from the riverbank, and staff can arrange fishing masterclasses with a ghillie (fishing expert) for guests who don’t know a bobbin from a bait runner. Away from the water, with its shimmering dragonflies, there’s a tennis court – and that beehive-filled wildflower meadow to explore.

Country idyll: Tamara Hinson checks into Minster Mill (above), a hotel by the River Windrush in the Cotswold village of Minster Lovell 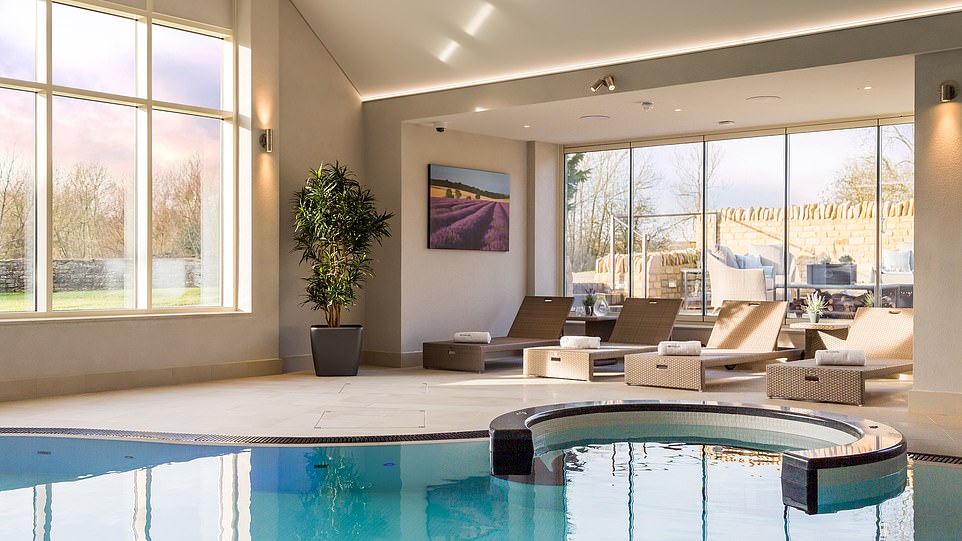 Do lazy laps in the pool that’s set inside the hotel’s Garden Spa, which also features a rock sauna and aroma steam room

For a gloriously secluded picnic, settle down next to the waterwheel. It should come with a warning: if you’re prone to afternoon naps, its rhythmic waterlogged thump will lull you to sleep in seconds.

The bedrooms marry Scandi-style snugness and mid-century furniture with farmhouse chic. There are sloped ceilings beneath tangles of beams and each room is bathed with natural light.

If you’re looking for an overdose of the latter, you’ll want one of the riverside rooms, which have private terraces and a log-burner or fire pit. For both privacy and an abundance of natural light, with that all-important waterwheel soundtrack, try to bag room 101. 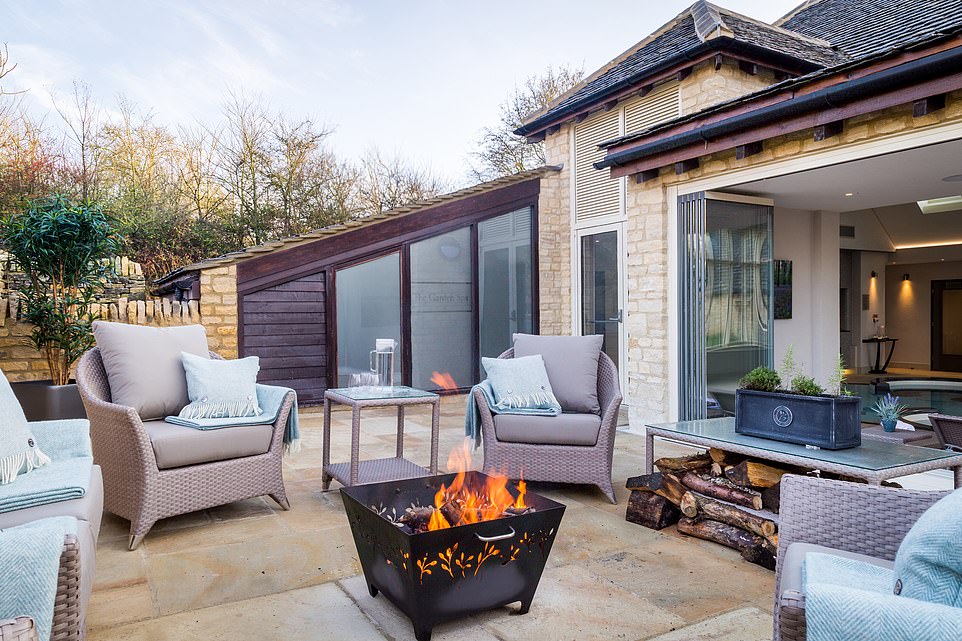 Built on the foundations of a mill referenced in the Domesday Book, the 38-bedroom hotel had a £4.5 million makeover in 2019 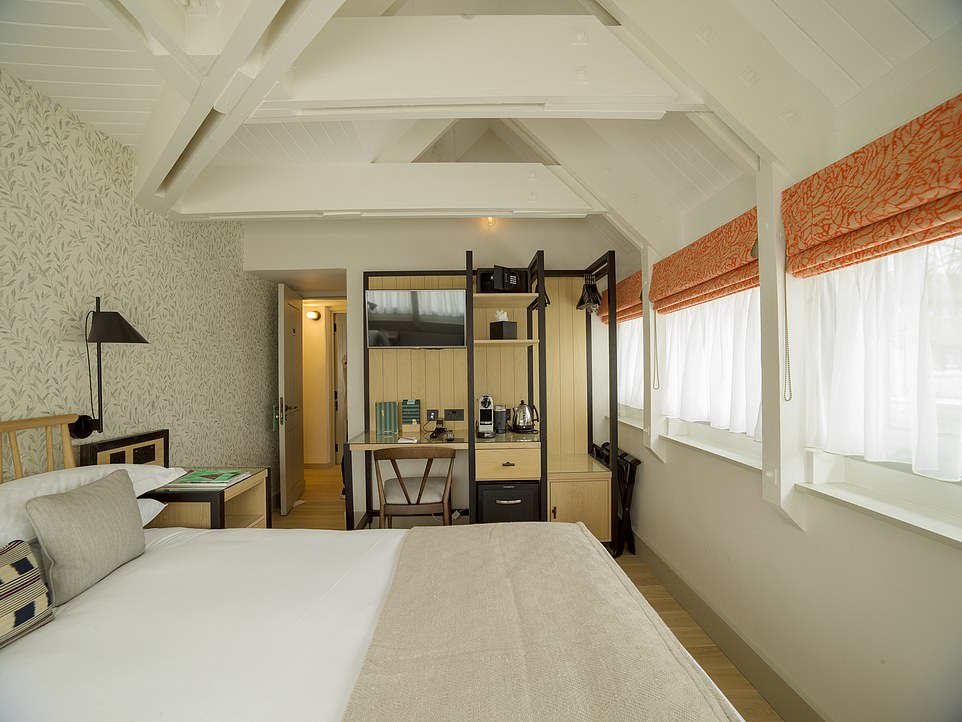 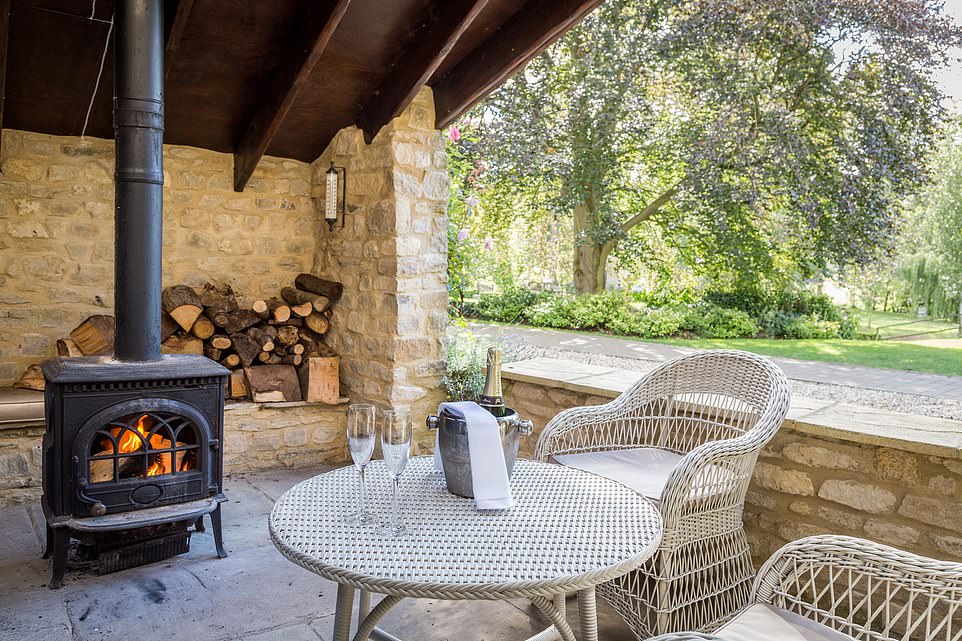 Rather than offering endless hidden nooks inside, Minster Mill is a hotel where outdoor exploration is encouraged

Caffeine addicts will love the Nespresso machines in each room, along with the mugs – proper mugs, not ceramic shot glasses – and their animal motifs, the prettiest of which are the floppy-eared hares.

The three-AA rosette restaurant, with its beamed ceiling and enormous fireplace, feels both cosy and airy. For hearty comfort food befitting of the setting, choose the turbot dieppoise, served with mussels and crayfish. Or there’s aged venison with cherry ketchup, or beef loin with black garlic.

The vaulted bar above is a brilliant spot for a nightcap or further explorations of the wine list – afficionados should try the Grace Koshu Kayagatake, a wine from Japan’s Yamanashi prefecture. 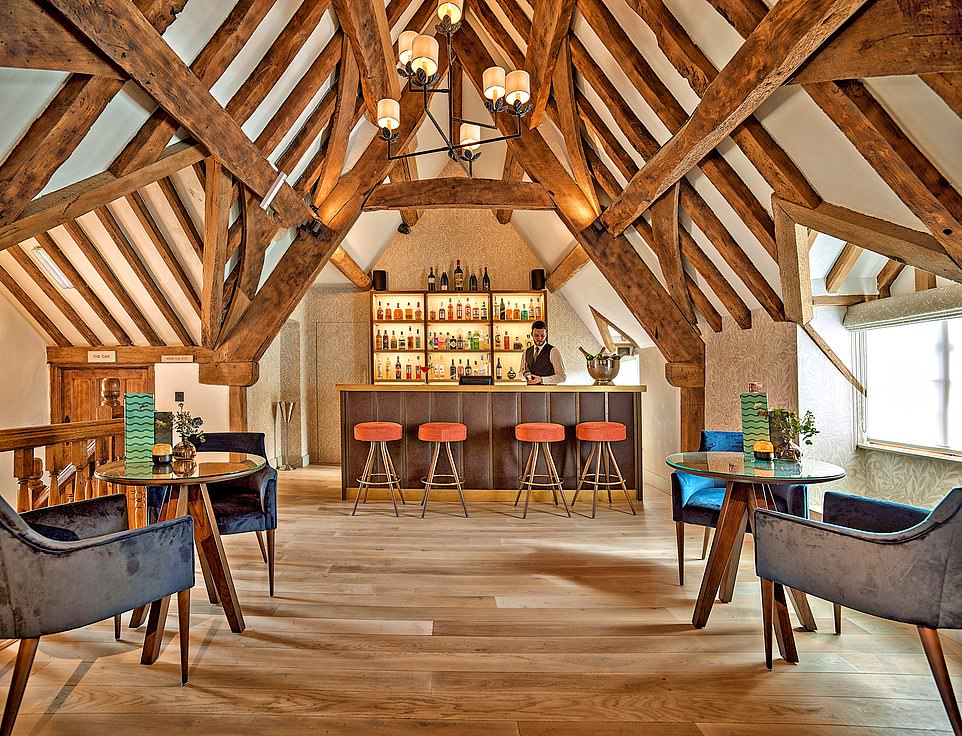 Try a glass of Grace Koshu Kayagatake, a wine from Japan’s Yamanashi prefecture, in the hotel’s vaulted bar 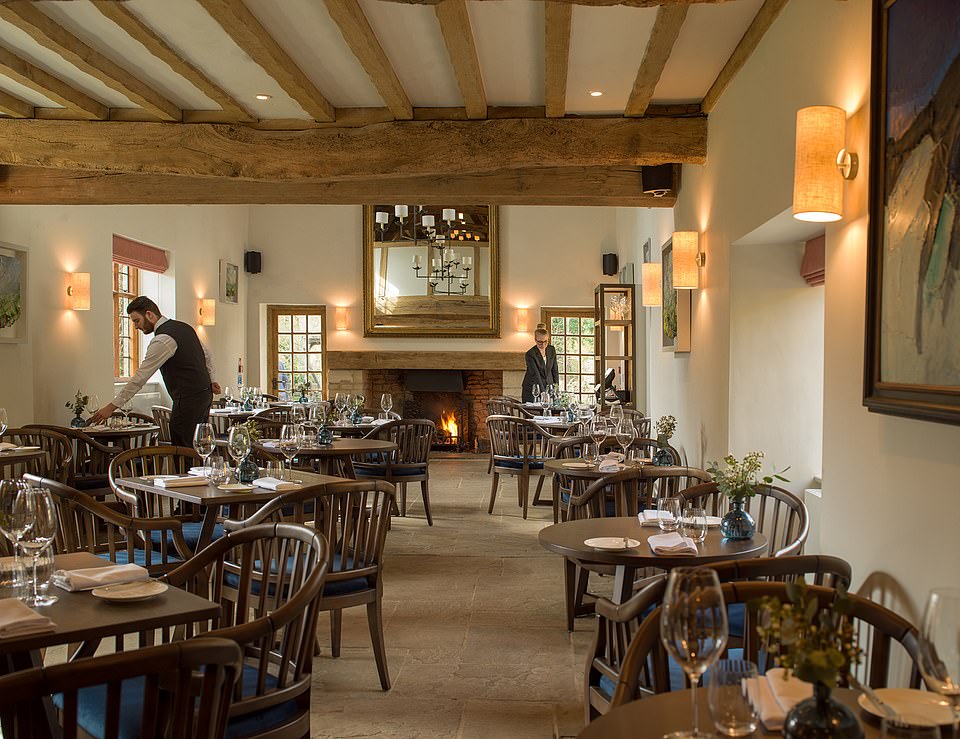 Tamara says: ‘The three-AA rosette restaurant (above), with its beamed ceiling and enormous fireplace, feels both cosy and airy’

At breakfast, fill up on a full English, featuring Laverstoke Park Farm’s black pudding – if the name sounds familiar, it’s because it’s one of Waitrose’s bestselling brands.

Keen to offset your indulgences? The Garden Spa has an indoor pool plus rock sauna and aroma steam room.

Therapy suites offer treatments to residents and non-residents, and day packages are popular for couples and friends.

Take a second to glance at the information board – the opening times casually state ‘any reasonable time’. Which perfectly sums up the laidback vibe in this part of the world.

Meet the 5 powerful women who could keep the U.S. from fiscal disaster