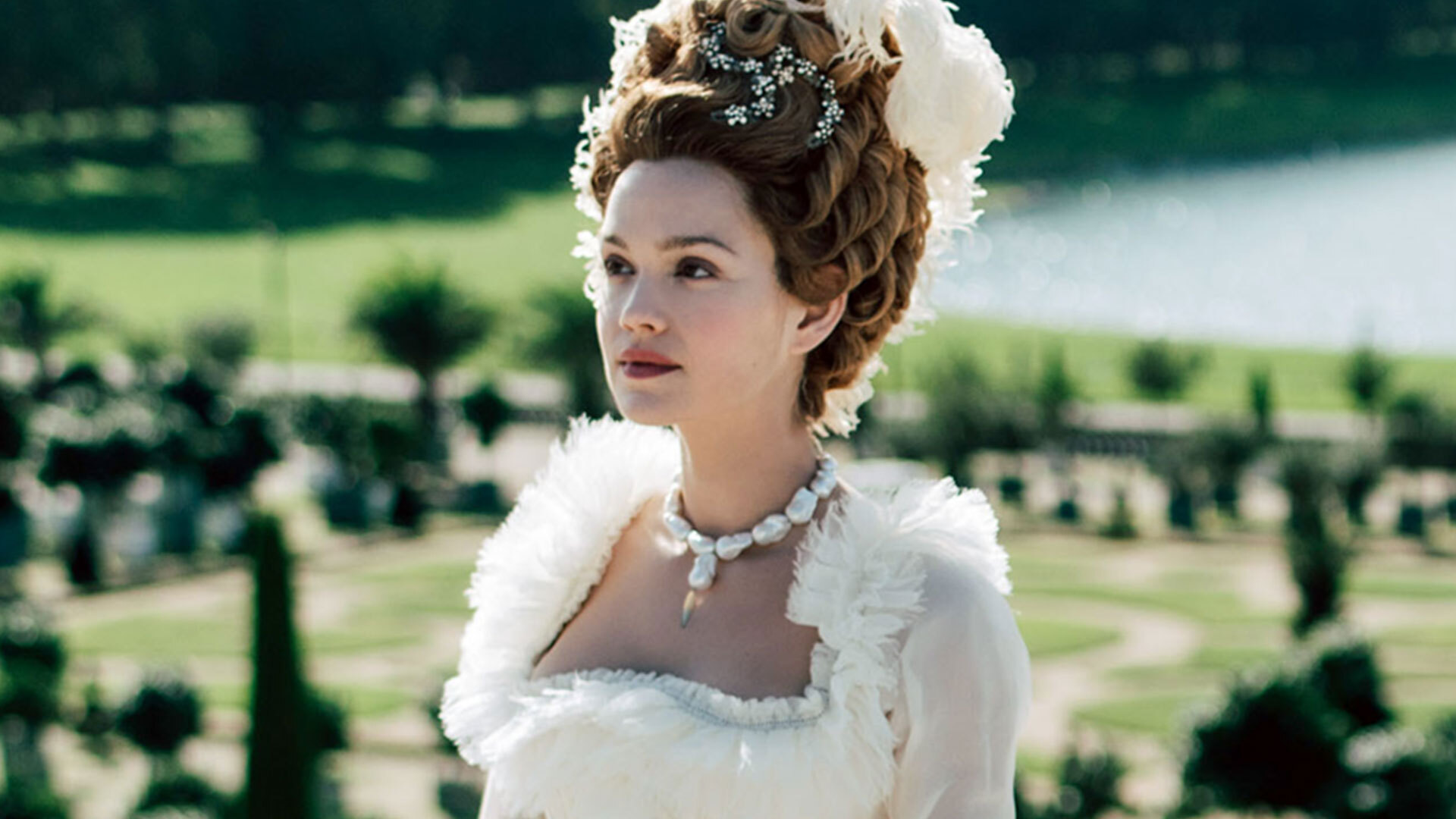 HER name became a byword for extravagant spending and tone-deaf displays of wealth.

But now Marie Antoinette — the hated last queen of France — is getting a woke rebranding in a BBC Two series of the same name.

The monarch was said to have lit the fuse of the French Revolution with the line “Let them eat cake!” when told that starving peasants could not afford bread.

But far from being portrayed as the enemy of the people, the new series, which begins this week, shows her as an oppressed feminist stuck in a stuffy palace and in a loveless marriage to King Louis XVI.

While this telling of her story may un-cancel the queen, not everybody is happy about it — particularly the French.

One critic for newspaper Le Figaro fumed: “Perhaps Anglo-Saxon film-makers should be forbidden access to Versailles.” 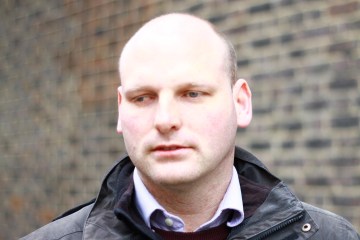 She says of her character: “The preconception is that she was only this fashion icon and spender, but she was much more complex, more modern. She was a real rebel.

“She didn’t accept that her only role would be giving birth.

“She was looking for a role in life as a queen, as a mother, as a wife, as a human being.”

Director Pete Travis adds of the series: “It’s about a 14-year-old girl who comes from a very dysfunctional family in Austria.

“And then she goes to be part of an even more dysfunctional family in France.”

There have been two well known screen versions of Marie Antoinette’s story — and Emilia is not a fan of either.

A 1938 film was based on biographer Stefan Zweig’s account of her life.

Having read that book in preparation for her role, Emilia said:

“He clearly thought she was dumb and a superficial and a boring woman. Which is not right.”

Critics openly booed the premiere at the Cannes film festival, though it was said to have gone down well in other French cinemas.

Emilia also panned the movie, telling The Times: “I saw the Sofia Coppola film and found it rather boring.”

The BBC series sees Austrian archduchess Marie Antoinette being promised to the heir to the French throne in a diplomatic move to secure peace between the countries.

The terrified teen is packed off by her mother, Empress Maria-Theresa, to France with only one instruction: Provide an heir to the throne.

But from her wedding night onwards, Marie is repeatedly and publicly humiliated when her new husband flees any attempts to consummate the marriage.

Historians have theorised that Louis suffered from a painful foreskin problem, making sex with his bride extremely daunting.

Others have claimed the couple had no idea what they were meant to be doing between the sheets.

Their lack of action became the talk of the court and threatened relations between Austria and France until an heir was produced.

The idea is she was only this fashion icon and spender, but she was much more complex, more modern. She was a real rebel. She didn’t accept her only role would be giving birth

When Louis came to the throne in 1774, the couple were deeply unpopular in the eyes of their subjects, who saw their lack of children as a sign of weakness.

Marie’s mother sent the young queen’s brother Joseph in disguise to see what the issue was.

He deduced they simply had no idea what they were meant to do and described the couple as “two complete blunderers”.

After a talking to from her brother, Marie Antoinette quickly produced four heirs.

But the speedy emergence of royal children raised eyebrows in the French court and critics began to produce salacious pamphlets questioning their parentage.

The queen was accused of an affair with her brother-in-law, as well as sleeping with army generals, her ladies-in-waiting and, bizarrely, even her son.

The series shows her having a lesbian kiss with the mistress of her husband’s grandfather.

The Queen did have one confirmed lover, according to her letters, and that was charming Swedish count Axel von Fersen, who she met at a ball when aged 19.

Last year French scientists X-rayed copies he made of letters between him and queen, which revealed a secret code.

Paragraphs where they declared their love had been erased or obscured by complicated ciphers.

The count is introduced in the final episode of the series, hinting at a second to explore their relationship further.

In the show we see Marie bond with Louis over his love of doves, but in reality the couple led quite separate lives.

Louis, who is now believed to have had autism, was far more concerned with his love of carpentry, hunting and metalwork than his bride.

Lonely Marie began to party and made sure her husband was far from her residence at Versailles.

She is said to have once turned back the clocks so Louis, who always went to bed at 11pm, would retire early and not bother her and her friends.

To avoid the perception she was meddling in French politics to the advantage of her home country, Louis discouraged her from getting involved with court ceremonies.

As a result, Marie found herself at a loose end, telling friends: “I am so terrified of being bored.”

The series is keen to bring out a more tender side of the queen, one not normally associated with her in the history books nor in popular culture.

When a maid died she is said to have adopted her four children and made sure they were provided for.

As well as spending lavishly on fashion, parties and wigs, it is also claimed she gave just as much to charities and the poor.

Beaten to death by angry mob

During one famine, she apparently sold off royal tableware to buy grain for the very poorest.

But any good PR was overshadowed by yet another scandal she became embroiled in following the death of Louis XVI’s grandfather.

He had passed away before he could pay for a 647-carat diamond necklace he had ordered for his mistress.

A thief called Jeanne de Lamotte Valois faked letters claiming to be from Marie Antoinette and tricked the jewellers into handing her the necklace, with a promise of payment to come.

When the first payment was missed, the jewellers confronted Marie Antoinette.

Despite her innocence, the queen’s reputation was tarnished again.

The queen was already known for her out-of-control spending, and it increasingly jarred with angry French peasants facing poverty.

When the French Revolution began in 1789, the king and queen were public enemies No1.

On October 5, revolutionaries marched to Versailles, where the couple were staying, and the next day dragged them to Paris.

The king was forced to sign away his absolute power.

He was kept prisoner at the Tuileries Palace in the French capital and remained king in name only.

Count von Fersen continued to help Marie Antoinette, disguising himself as a Portuguese dignitary to visit her and the king at the palace.

The trio organised an escape plot, but it was ultimately thwarted by the king’s indecision.

They were caught and hauled back to Paris and imprisoned.

Meanwhile, the Queen’s confidante and rumoured lover Marie-Louise, The Princesse de Lamballe, was barbarically beaten to death by an angry mob.

Her head was put on a spike and Marie Antoinette was said to have fainted in her cell when the news was relayed to her.

The king was put on trial and found guilty of treason. He was executed by guillotine in 1793.

The same year Marie was also tried and found guilty of treason and a charge of incest with her son.

The night before her execution she wrote to her sister: “I am calm as people are whose conscience is clear.”

On the morning she was to be led to the guillotine, a priest told her to have courage.

Her head was then shaved and she was driven in an open carriage for an hour through the streets to face the jeers of the revolutionaries.

Her last words — after accidentally stepping on the executioner’s foot — were: “Pardon me, sir, I did not do it on purpose.”

It is unlikely the BBC series will be the last word on her legacy.

Analysis: Why Sunday’s game between Seahawks and Jets is a rookie showcase

Which crisis? Wall Street’s big banks score $US1 trillion of profit in a decade