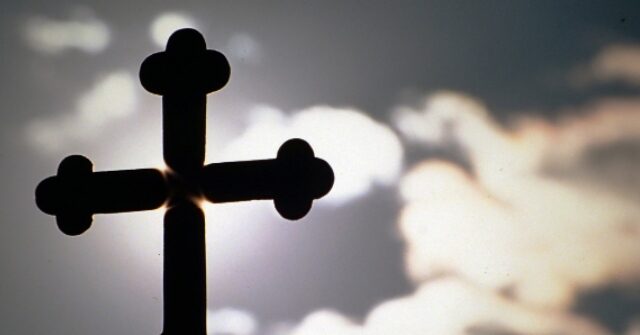 The Catholic Diocese of Des Moines, Iowa, has issued new policies that ban transgender “girls” from playing school and church sports against natural-born girls and also restricts bathrooms and locker rooms to use only by birth gender, not “chosen” gender.

The new policy, spearheaded by Bishop William M. Joensen, 60, will be implemented in the 17 area schools, four hospitals, and 80 parishes controlled by the diocese.

The leadership said the seven new rules would not apply to outside vendors, visitors, or people not employed by the diocese or who are on the premises but not acting in an official capacity.

Specifically related to sports, one new rule maintains that “All persons must use the bathroom or locker room that matches their biological sex.” However, the diocese did not rule out the use of single-person bathrooms.

The new policy also maintains that teachers and school and church staffers are prohibited from using “preferred pronouns” on church property. Indeed, the policy argues against “made up pronouns,” saying, “while intended as an act of charity, instead promotes the disassociation of biological sex and ‘gender’ and thereby confuses or denies personal integrity.”

Other policies prohibit boys from wearing girls’ school uniforms and vice versa, bars boys claiming to be transgender from attending a girls’ school, and prevent nurses and administrators from administering “puberty blockers” to children on church property.

“We acknowledge their freedom of conscience to withdraw or absent themselves from situations they find objectionable. Concomitantly, they must likewise respect the Church’s mission to witness to truths accessible to reason and faith if they are to fully participate in our faith communities, including our Catholic schools,” the church added.

The diocese told KCCI that these new policies came as a result of “part of a lengthy process … to address questions that have come forth by leaders in [their] parishes and schools.”

The diocese went out of its way to acknowledge the personal worth of people with “gender dysphoria,” saying in its policy that it “fervently hopes that all persons experiencing gender dysphoria know what the Catholic Church tirelessly affirms, that they are unconditionally loved by Jesus Christ and by the Church, and that they are vital members of the Body of Christ who have a home in the family of God.”

The diocese also straight out rejected the radical LGBTQ agenda.

“The Catholic Church teaches that the disruption of normal sexual development, or more dramatically, the removal or destruction of healthy sexual and reproductive organs, is a type of ‘mutilation’ that is medically and morally harmful,” the policy states. “Procedures, surgeries, and therapies designed to assist a person in ‘transitioning’ his or her gender are morally prohibited.”

“Diocese of Des Moines codifies ostracism of transgender kids. These schools want public dollars and want to treat kids in a way that might cause them to commit suicide. This is not what Jesus would do,” she tweeted.

Diocese of Des Moines codifies ostracism of transgender kids. These schools want public dollars and want to treat kids in a way that might cause them to commit suicide. This is not what Jesus would do. https://t.co/dha1FioqSh

‘No More Room’ for Border Crossers in Sanctuary City NYC

Skagway, Alaska, reeling after 2 suspected overdose deaths in as many days