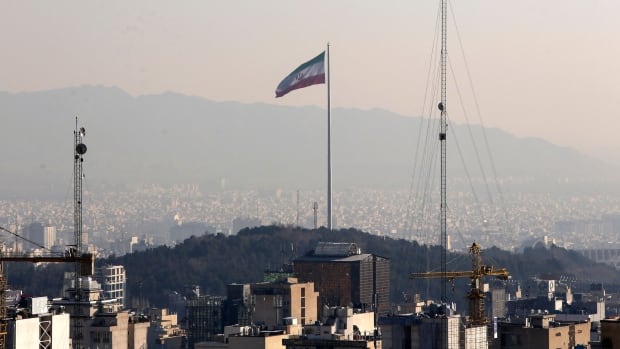 Iran hanged two men on Saturday for allegedly killing a member of the security forces during nationwide protests that followed the death of 22-year-old Kurdish Iranian woman Mahsa Amini on Sept. 16.

The two men executed on Saturday had been convicted of killing a member of the Basij paramilitary force militia. Three others have been sentenced to death in the same case, while 11 received prison sentences.

“Mohammad Mehdi Karami and Seyyed Mohammad Hosseini, principal perpetrators of the crime that led to the unjust martyrdom of Ruhollah Ajamian were hanged this morning,” the judiciary said in a statement carried by the official IRNA news agency.

The latest executions bring to four the number of protesters officially known to have been executed in the aftermath of the unrest.

Amnesty International said last month that Iranian authorities are seeking the death penalty for at least 26 others in what it called “sham trials designed to intimidate protesters in the popular uprising that has rocked the country.”

It said all of those facing death sentences had been denied the right to an adequate defence and access to lawyers of their choosing. Rights groups say defendants have instead had to rely on state-appointed lawyers who do little to defend them.

Hosseini’s lawyer, Ali Sharifzadeh Ardakani, said in a Dec. 18 post on Twitter that Hosseini had been severely tortured and that confessions extracted under torture had no legal basis.

He said Hosseini was beaten with his hands and feet tied up, kicked in the head until he passed out and subjected to electric shocks on different parts of his body.

Iran denies that confessions are extracted under torture.

Mahsa Amini died in custody in September after being arrested by morality police enforcing the Islamic Republic’s mandatory dress code laws. The protests that ensued represent one of the biggest challenges to the Islamic Republic since its establishment in 1979.

Radan, who was placed under U.S. sanctions in 2010 for human rights violations, has frequently called for strict enforcement of the country’s Islamic dress code for women during his earlier police positions.

The Basij force, affiliated with Iran’s powerful Revolutionary Guards, has been behind much of the crackdown against protesters.

Iran, which has blamed the unrest on its foreign foes, including the United States, sees its crackdown on protests as preserving national sovereignty.

The rights group HRANA said that as of Friday, 517 protesters had been killed during unrest, including 70 minors, and that 68 members of the security forces had also been killed. As many as 19,262 protesters are believed to have been arrested, it said.

Iranian officials have said that up to 300 people, including members of the security forces, have died.

The first protester known to be executed was 23-year-old Mohsen Shekari on Dec. 8, less than three months after his arrest. He was accused of burning a trash bin, blocking a road, stabbing a member of the Basij militia with a machete and threatening public safety.

Majid Reza Rahnavard, 23, was hanged from a crane in public on Dec. 12 in the northeastern city of Mashhad, less than a month after his arrest. He was accused of stabbing to death two Basij members and wounding four other people in Mashhad.

McCarthy thanks Trump after House speaker vote: ‘He was with me from the beginning’