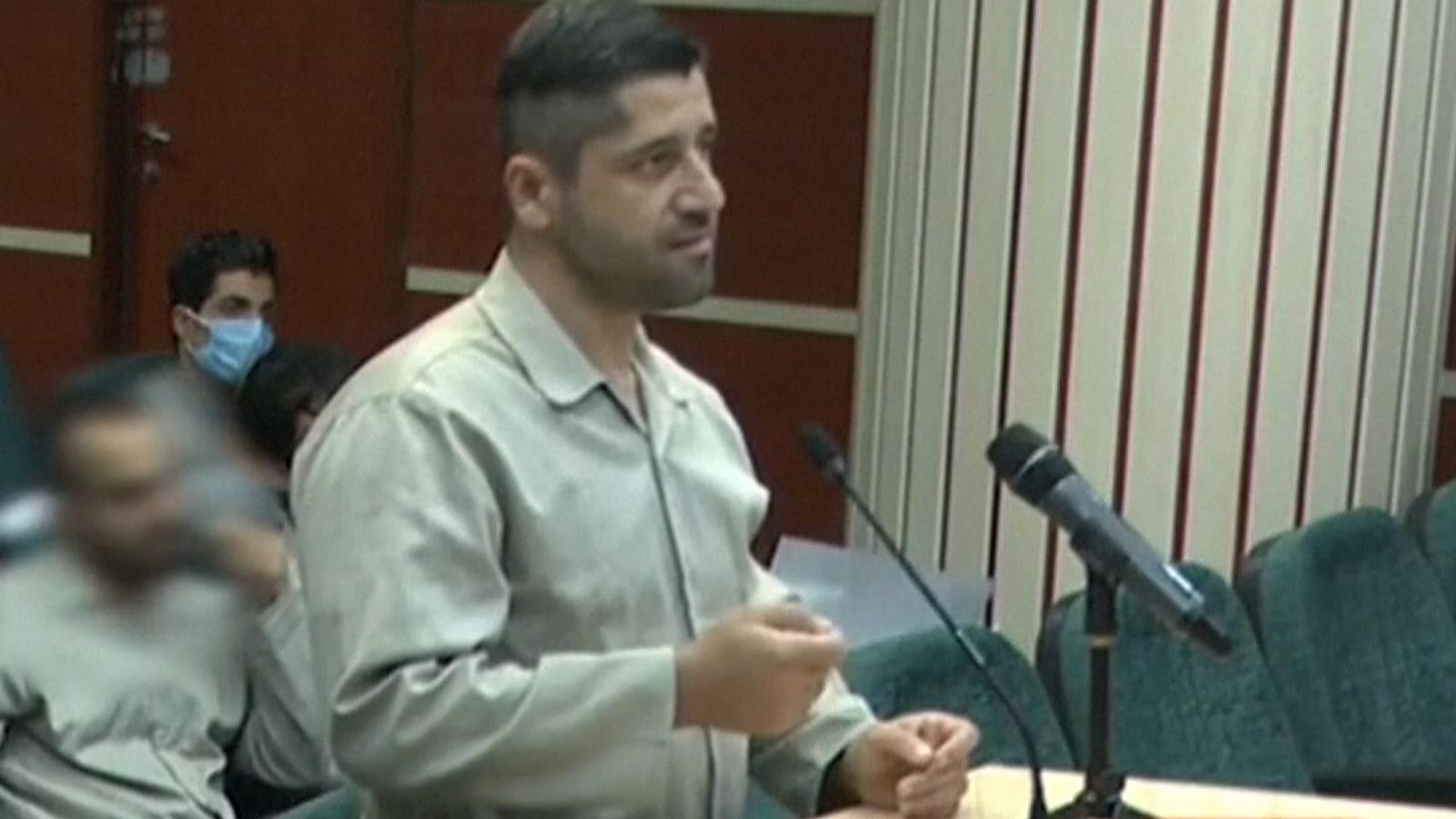 Two men have been hanged for allegedly killing a paramilitary volunteer during protests, Iranian authorities have said.

They were named as Mohammad Mehdi Karami and Mohammad Hosseini, meaning four men are known to have been put to death since anti-government demonstrations started in September.

All have had quick, closed-door trials that Western governments and human rights groups say are a sham.

The judiciary’s Mizan news agency said they had been convicted of killing Seyed Ruhollah Ajamian, part of the Revolutionary Guard’s volunteer Basij force.

It is said to have happened in Karaj, outside of the capital Tehran, on 3 November.

The Basij have been working to suppress the protests, attacking and detaining demonstrators.

Iran‘s hardline religious rulers have been faced with some of the fiercest anti-regime protests in years.

They were triggered by the death of Mahsa Amini, who died after being detained by religious police for allegedly not wearing her hijab properly.

Mr Hosseini’s lawyer said in a tweet in December that his client had been beaten until he passed out and given electric shocks.

The Revolutionary Court also doesn’t allow defendants to see the evidence against them or choose their own lawyers.

Three others have been sentenced to death in the same case and 11 were jailed.

As well as the killing, the pair were convicted of “corruption on Earth” – a Koranic term carrying the death penalty that’s often used against opponents of Iran’s regime.

Two other men were executed in December after being accused of crimes linked to the protests.

Iranian activist group HRANA says at least 16 people have been sentenced to death over the protests, with 517 killed in violence and more than 19,200 arrested.

Live ammunition, bird shot, tear gas and batons are all said to have been used against demonstrators.

Many women have attended the protests – often without the mandatory hijab head covering in reference to Ms Amini’s death.

Meanwhile, a new hardline police chief was appointed on Saturday, according to the official IRNA news agency.

General Ahmad Reza Radan was chosen by the supreme leader, Ayatollah Ali Khamenei, and is known for his harsh handling of protesters during election protests in 2009.

Inside the House GOP’s speakership crisis