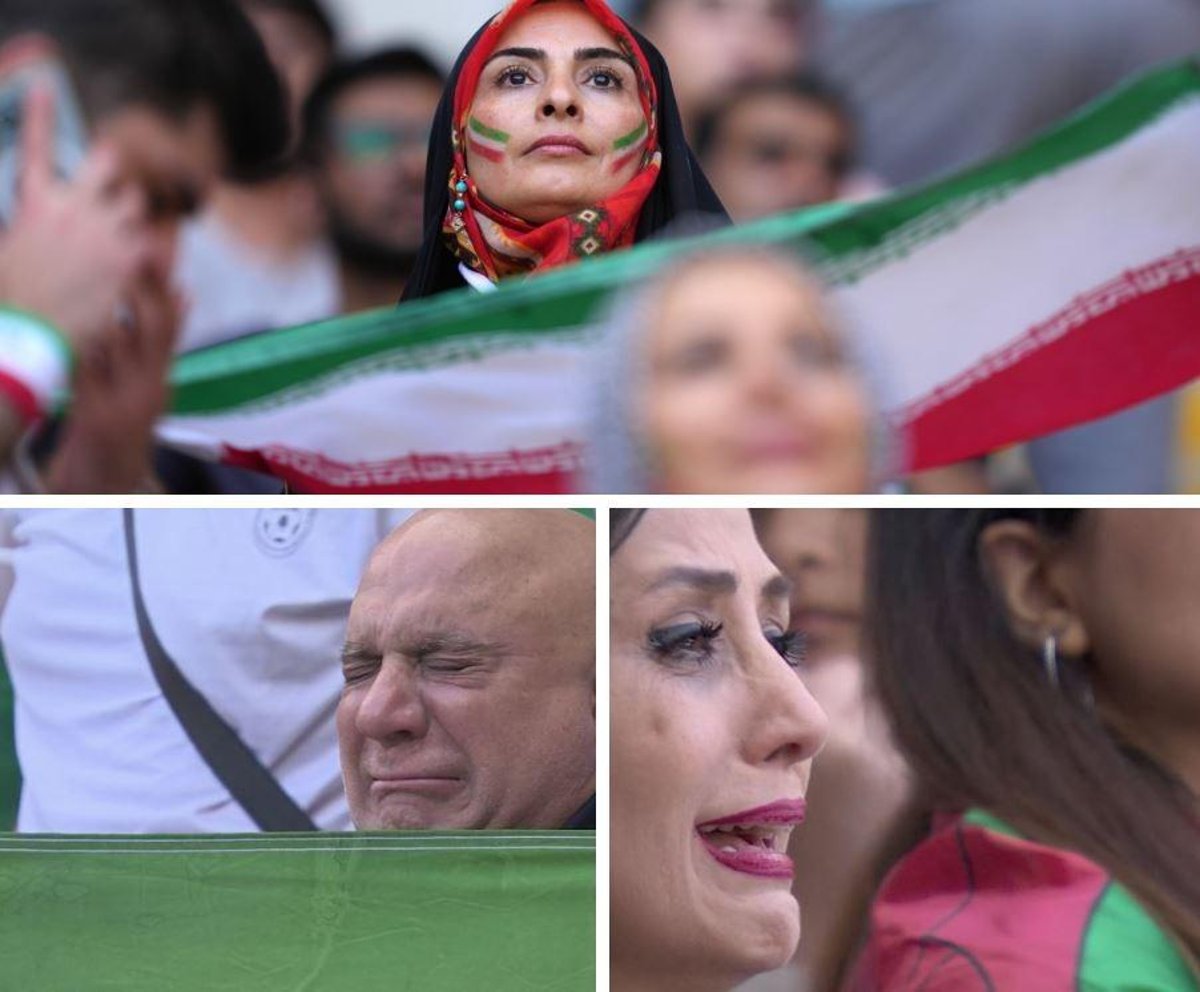 There were emotional scenes during the Iranian national anthem – with shirts held aloft, booing and tears from fans in a charged atmosphere in Qatar.

There were emotional scenes in the Ahmad Bin Ali Stadium, Al-Rayyan

Unlike in their first match against England, the Iranian players sang along to their national anthem before Friday’s match against Wales as some fans in the stadium wept and others booed and whistled in opposition of the state.

A conservative MP in Kurdistan called for the national team to be replaced by faithful and revolutionary youth willing to sing their national anthem following the match against England, with Iran’s heavily censored media not covering the singing of the national anthem.

Iran state TV cut its coverage of the anthem and switched to a previously shown wide shot of the stadium for the opening match.

Why would Iran not sing the national anthem, and what does it represent?

A man openly weeps during the Iran anthem in the Ahmad Bin Ali Stadium, Al-Rayyan

During the second game, perhaps due to fears of safety, the players did sing, but many fans openly wept during the anthem, while others booed and jeered their own national anthem against Wales. A powerful image was also capture of a fan holding a shirt with the number 22, Mahsa Amini on the back, a reference to the 22-year-old woman who died in police custody in September after being detained by morality police for allegedly breaking the strict rules around head coverings.

The protests first focused on the state-mandated hijab, or headscarf, for women, but has since morphed into one of the most serious threats to the Islamic Republic since the chaotic years following its founding.

Clashes outside the ground

Iran fans in the stands prior to the FIFA World Cup Group B match at the Ahmad Bin Ali Stadium, Al-Rayyan. Picture date: Friday November 25, 2022.

According to reports ahead of the game against Wales, some Iran fans confiscated Persian pre-revolutionary Iranian flags from supporters entering the stadium and shouted insults at those wearing shirts with the slogan of the country’s protest movement: “Woman, Life, Freedom.”

Small mobs of men angrily chanted “the Islamic Republic of Iran” at women giving interviews about the protests to foreign media outside the stadium.

Shouting matches erupted outside the security checkpoint at the stadium between fans shouting “women, life, freedom” and others yelling back “the Islamic Republic”.

Players stayed silent during their England on Monday, in a symbolic show of support for the protest movement that has roiled Iran since the death of 22-year-old Mahsa Amini in police custody in September.

How Michelle Williams found the music of Mitzi Fabelman

Ronaldo a superstar nobody wants