Is ’80 for Brady’ a true story? Meet the women who inspired the Tom Brady movie. 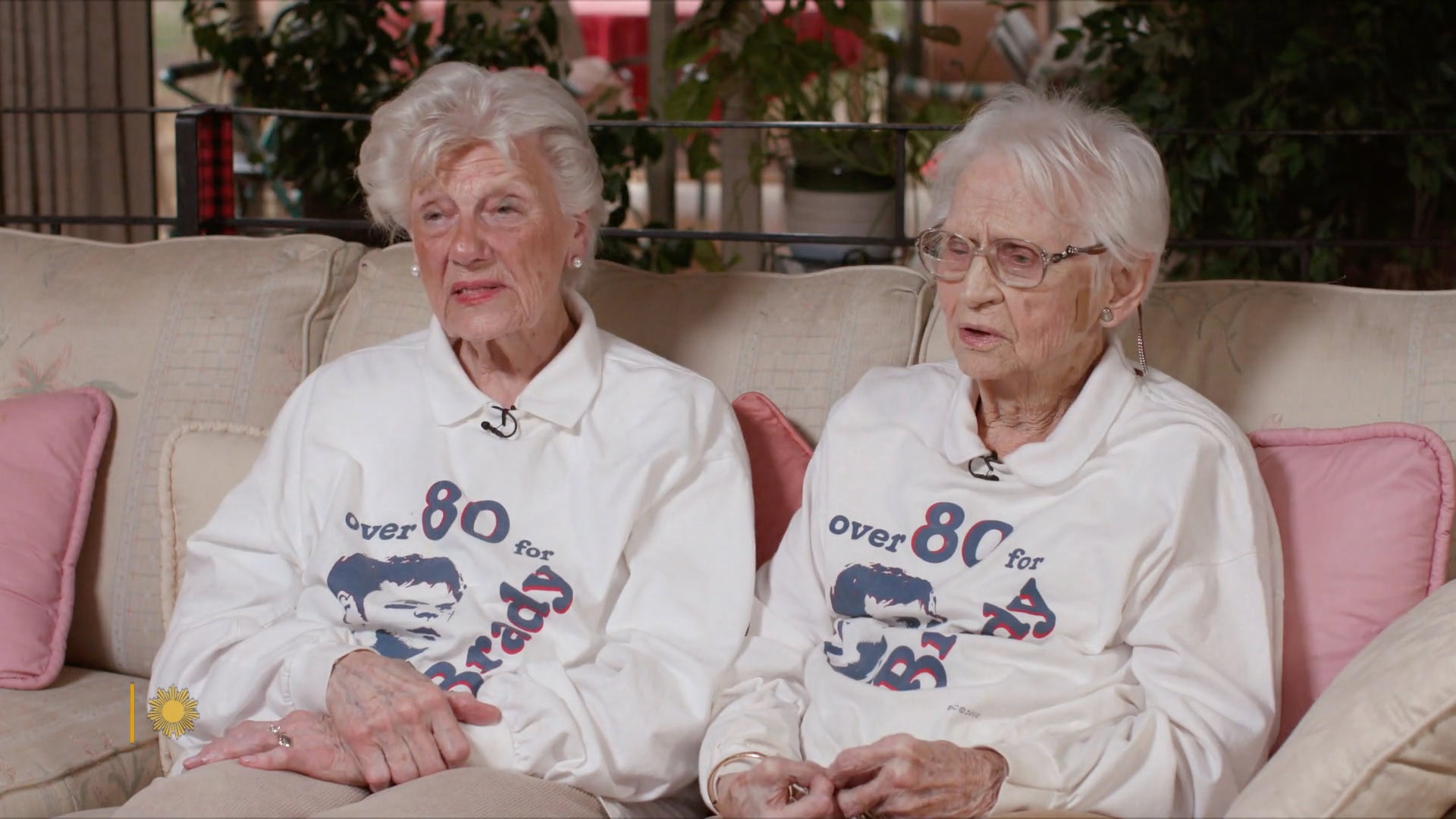 On February 3, theaters nationwide will begin playing “80 for Brady,” a new movie about a group of senior women who take a spur-of-the-moment trip to Houston in an attempt to their favorite player, Tom Brady, take on the Atlanta Falcons in Super Bowl LI.

While “80 for Brady” is largely a work of fiction, the inspiration for the movie comes from a real-life group of local women who gathered each week to watch Brady and the Patriots.

In an interview with “CBS Sunday Morning,” Pensavalle and her best friend, fellow North Attleboro resident Elaine St. Martin, 95, discussed why they founded the Over 80 for Brady fan club, and how their group inspired “80 for Brady.”

The Over 80 for Brady group was comprised of five women: Pensavalle, St. Martin, and their friends Anita, Pat, and Claire. After becoming widows, the quintet found camaraderie and companionship in gathering every Sunday to watch the Patriots.

“One Sunday here, one Sunday at my house,” St. Martin told CBS. “It would [rotate] through the five of us.”

Pensavalle’s grandson, Max Gross, even made the women T-shirts for their fan club.

Gross, who works as a talent agent in Hollywood, thought the group would make a great movie subject. So he pitched the idea until he found a willing partner: Brady’s nascent production company, 199 Productions.

Ironically, the decision to make “80 for Brady” a reality came right around the time Brady decided to sign with the Tampa Bay Buccaneers, a decision that didn’t sit well with the ladies.

“I was angry with him. I wanted to kill him,” St. Martin told CBS.

Time heals all wounds, however, and these days the ladies like to put Bucs games on a second television when possible.

“It’s tough watching two games but we want to see how he’s doing,” Pensavalle told the Sun Chronicle. “The Patriots, though, they’re still our team.”

Once “80 for Brady” was greenlit, Brady sent a video message to Pensavalle in April 2020 letting her know that he wanted to make a movie about their fan club. Watching the video during a socially distanced Easter dinner, per the Sun Chronicle, Pensavalle was in disbelief

“Oh my God, Max! How did you do that?” Pensavalle said to her grandson on the phone. “Is that really him, or an imitation?”

To be clear, “80 for Brady” — which stars Jane Fonda, Lily Tomlin, Sally Field, and Rita Moreno as the Brady superfans on a mission — is largely a work of fiction.

The fan club doesn’t even gather when the Patriots play night games (“Too late,” Pensavalle told the Sun-Chronicle), and definitely didn’t trek to the Super Bowl with no tickets, enter a hot wing eating contest emceed by Guy Fieri, pose as backup dancers for the halftime show, or sneak into the Patriots locker room to hug Rob Gronkowski.

But the friendship of the women is what remains on-screen, which was important to Fonda.

“Women’s friendships are very different than men’s friendships,” Fonda told CBS. “They’re very important to our health. Because [men] kind of sit side-by-side and watch sports or cars or women. Women sit facing each other, eye-to-eye.”

These days, the Over 80 for Brady club membership is down to two. Claire passed away, and both Anita and Pat reside in assisted-living facilities. But Betty and Elaine still call each other every day, and still get together for Patriots games.

The pair were able to watch “80 for Brady” during a private screening at Patriot Place, and enjoyed the film’s themes of friendship.

Brady, unfortunately, was unable to attend the screening as he prepared for the Bucs’ playoff game on Monday.

Still, the pair hold out hope that one day they’ll meet the former Patriots quarterback in person.

“I hope we see him before we die!” St. Martin told CBS.

“They better hurry up!” Pensavalle added.

Get the latest Boston sports news

Receive updates on your favorite Boston teams, straight from our newsroom to your inbox.