Is Hulk Hogan being wooed by Scientology? 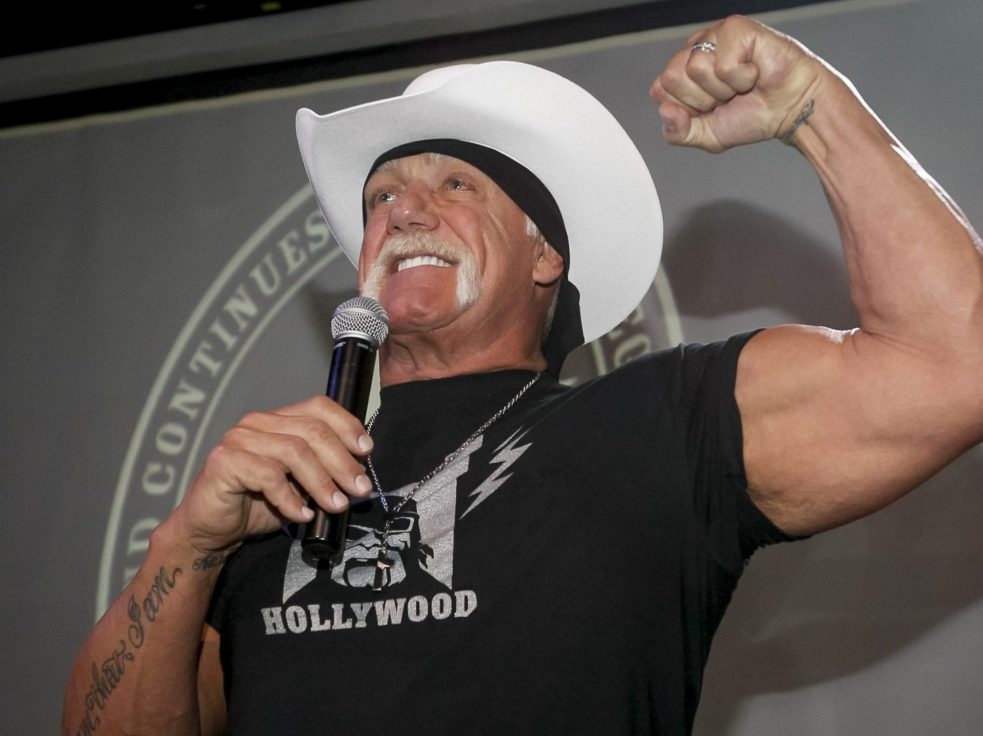 Reviews and recommendations are unbiased and products are independently selected. Postmedia may earn an affiliate commission from purchases made through links on this page.

Does Scientology have its next big celebrity recruit?

Retired wrestler Hulk Hogan appears to be increasing his social activity with known Scientologists and has been reportedly dating a church member for a year.

Scientology has a base in nearby Clearwater.

“Tom Cruise and Hulk Hogan are together at the Cowboys-Bucs game right now,” he shared on Twitter Monday night. “Another terrible sign.”

Smith-Levin is vice president of the Aftermath Foundation, which helps former church members get back on their feet after having no contact with the outside world. People who leave Scientology usually don’t have an employment history, credit history, bank account, driver’s licence or even a formal education.

He worked in the organization’s Sea Org beginning at the age of 12, and also trained Scientology auditors before leaving the group in 2014.

In March 2022, Smith-Levin may have been the first to reveal that Hogan was dating Sky Daily, a well-known second-generation Scientologist who is in her mid-40s. He also noted her parents are OT 8 (Operating Thetan Level 8), which is the highest auditing level in Scientology.

“Will the Hulkster be Scientology’s biggest recruit since Tom Cruise?” he asked then. “Let’s hope not, BROTHER!”

The press hasn’t noticed that Hulk Hogan’s new gf is a Scientologist. Sky Daily (45) is a well-known 2nd gen Scientologist. Her parents Cindy & Kirk are both OT 8 and live in Clearwater. Will the Hulkster be Scientology’s biggest recruit since Tom Cruise?? Let’s hope not BROTHER!

Smith-Levin recently said on his YouTube channel, Growing Up In Scientology, that he has no issues with Hogan dating a Scientologist.

“It’s none of my business, it’s none of any of our business who the Hulkster choses to date,” he said.

“The problem is that when you are dating a Scientologist and you are a massive celebrity like Hulk Hogan is, what the Hulkster doesn’t realize is that every piece of information about his private life, his business life, his family life is being funnelled to Scientology to help them formulate a strategy on how to get the Hulkster into Scientology.”

Scientology’s alleged abuses of their members have been documented by actress and former member and outspoken critic Leah Remini, who hosted the documentary series, Scientology and the Aftermath, from 2016 to 2019 along with her friend and former member Mike Rinder.

Scientology was critical of the series and has always denied allegations of abuse.

Warriors at the White House to meet with Biden