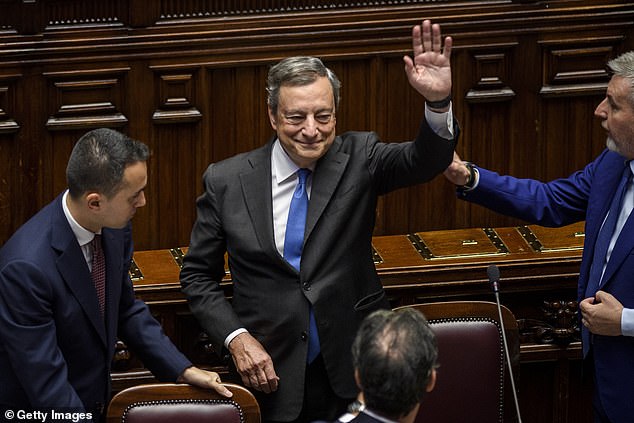 Italy is set for a snap election after prime minister Mario Draghi resigned today after failing to bring together the country’s fractious coalition parties.

The move could bring the hard right to power in the elections which could be held in September or October, analysts say.

Draghi, an internationally respected 74-year-old, formally handed his resignation to President Sergio Mattarella, whose role it is to now guide the country out of the crisis.

Draghi may stay on as head of the government until then.

‘Italy betrayed’, the Repubblica daily frontpage cried, while the Stampa ran with ‘For Shame’.

Based on current polls, a rightist alliance led by Giorgia Meloni’s post-fascist Brothers of Italy party would comfortably win a snap election.

Draghi, a former head of the European Central Bank, was parachuted into the premiership in 2021 as Italy wrestled with a pandemic and ailing economy.

On Wednesday, he had attempted to save the government, urging his squabbling coalition to put aside their grievances for the sake of the country.

‘Are you ready?’ he asked the Senate four times. Now was not the time for uncertainty, amid a myriad of challenges, from a struggling economy and soaring inflation to the Ukraine war, he said. 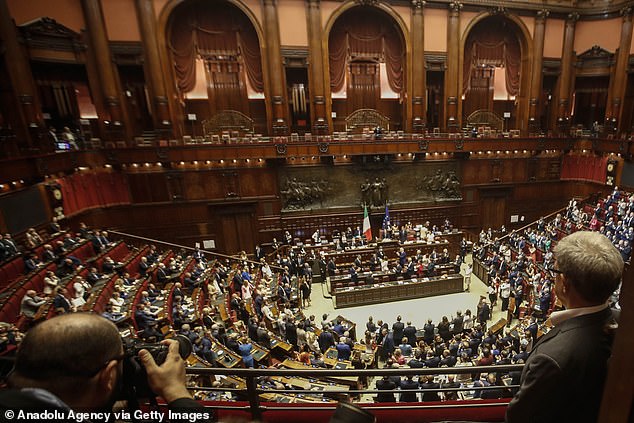 Three parties – Silvio Berlusconi’s centre-right Forza Italia, Matteo Salvini’s anti-immigrant League and populist Five Star Movement – decided they were not. They opted to sit out the vote, saying it was no longer possible for them to work together.

The crisis was sparked when Five Star snubbed a key vote last week, despite warnings from Draghi that it would fatally undermine the coalition.

His downfall comes in spite of recent polls suggesting most Italians wanted Draghi to stay at the helm until the scheduled general election next May.

Anxious investors were watching closely as the coalition imploded.

The European Central Bank was due Thursday to unveil a tool to correct stress in bond markets for indebted eurozone members, such as Italy.

The spread – the difference between 10-year Italian and German treasury bonds – widened to 215 points by market close on Wednesday.

Supporters of Draghi had warned a government collapse could worsen social ills in a period of rampant inflation, delay the budget, threaten EU post-pandemic recovery funds and send jittery markets into a tailspin. 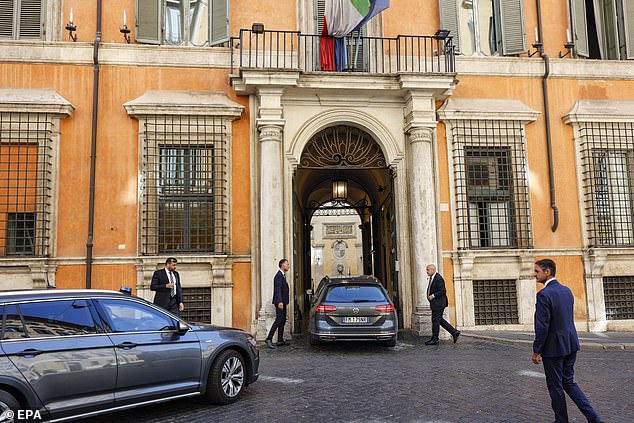 Draghi’s car arrives at Giustiniani palace, to meet the President of the Senate Casellati, in Rome today

Laurence Boone, France’s European affairs minister, said Draghi’s expected resignation would open a ‘period of uncertainty’ and mark the loss of a ‘pillar of Europe’.

The Brothers of Italy party, which has neo-fascist roots, is flying high in the polls – but it would need the support of Forza Italia and the League – and the three parties often clash.

Should it win, such a coalition ‘would offer a much more disruptive scenario for Italy and the EU’ than Draghi’s national unity government, wrote Luigi Scazzieri, senior research fellow at the Centre for European Reform.

Research consultancy Capital Economics said, however, there were ‘powerful fiscal and monetary incentives’ for the next government to implement the reforms demanded by the European Union, or risk missing out on post-pandemic recovery funds worth billions of euros.

Brothers of Italy has repeatedly blamed the EU for Italy’s troubles.

But Meloni’s support for a ‘strong and common EU response’ to Russian President Vladimir Putin’s war in Ukraine, ‘has already distanced herself from some other right-wingers in Italy and Europe,’ said Holger Schmieding, chief economist at Berenberg Bank.