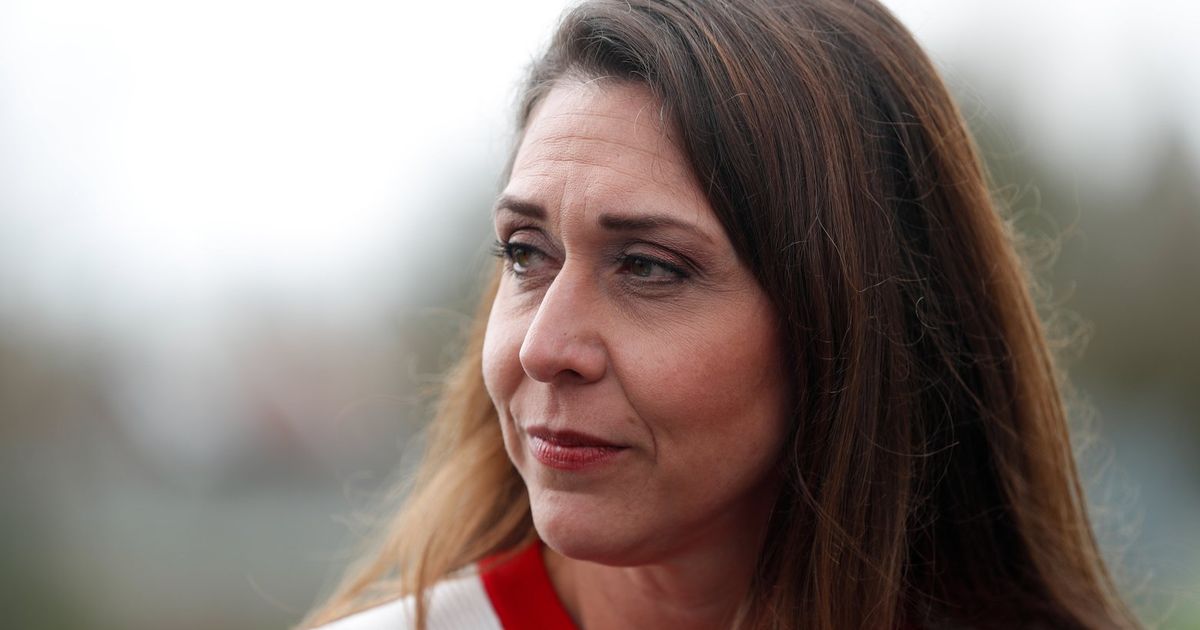 Rep. Jaime Herrera Beutler has cast thousands of votes on hundreds of topics over the course of her 12-year congressional career, almost always siding loyally with fellow Republicans.

But it’s one single vote, cast against the leader of her party, that has now brought an abrupt halt to her career.

That would be her vote last year to impeach former President Donald Trump over his role in inciting, and then declining for hours to call off, the mob that attacked the U.S. Capitol.

Her impeachment vote drew her three far-right challengers who, impervious to evidence, dispute Joe Biden’s victory in the 2020 election.

At the same time, the vote won her few friends and scant credit among Democratic voters, who remain put off by her long career as a faithful Republican.

Herrera Beutler conceded in her quest for a seventh term on Tuesday, coming in third in the top-two primary in her Southwest Washington district. Democrat Marie Gluesenkamp Perez, an auto-shop owner and first-time candidate, won the primary with 31% of the vote. Coming in second, and ousting Herrera Beutler, was Republican Joe Kent, whose campaign has ties to right-wing extremist organizations like the Proud Boys and who says people being charged for attacking the Capitol on Jan. 6 are “political prisoners.”

Kent led Herrera Beutler by less than half a percentage point Tuesday.

“I’m proud that I always told the truth, stuck to my principles and did what I knew to be best for our country,” Herrera Beutler wrote Tuesday, as she conceded defeat.

With Herrera Beutler’s loss, it’s possible that nine of the 10 House Republicans who voted to impeach Trump will be out of Congress next year, felled by strategic retirements or election losses. The one exception could be Washington Rep. Dan Newhouse, of Sunnyside, who fended off his own cadre of right-wing challengers, albeit with the support of only one-quarter of primary voters.

Even as the House Jan. 6 committee, in much-publicized hearings, lays out evidence that Trump incited and supported the Capitol attackers and then declined to intervene while the attack was underway, Trump has not lost the loyalty of Republican voters.

Kent, in his campaign launch video from more than a year ago, introduced himself in one sentence and in the next stated his first reason for running: “Congresswoman Beutler voted for the impeachment of President Trump with the Democrats,” he said.

The banner headline atop his campaign website blares: “Joe is TRUMP-ENDORSED.”

“We support Trump, that sums it up,” said Gerald Raisanen, a contractor from Amboy, as he cast his vote last week against Herrera Beutler.

“I think she did wrong,” he said of her impeachment vote. “I mean we have a Republican supporting impeachment.”

On the other side are voters like Deanna Woolston, a stay-at-home mom from Battle Ground. Woolston said she was concerned about “a lot of extremists” that were challenging Herrera Beutler. The concern, however, wasn’t decisive.

“I’ve never voted for Jaime, but I did respect her,” Woolston said. She cast her vote for Gluesenkamp Perez.

Camille Jones, a student at Clark College, was of two minds. “I just mostly don’t want people like Kent to be in office,” she said.

Still, she leans liberal, and said Herrera Beutler “hasn’t really done anything for anyone” and thought it was a good year to flip the seat for Democrats. She voted for Gluesenkamp Perez.

Tina Podlodowski, chair of the Washington State Democratic Party, said the Republican Party in the state “has taken a hard-right turn and become a truly MAGA party.”

“Jaime did the right thing in terms of the Trump impeachment vote,” Podlodowski said. “That’s like the bare minimum. She stands on the wrong side of every single other issue that represents our values of the Democratic Party.”

Herrera Beutler was once a rising star in the Republican Party, elected to Congress at just 31 and the first Hispanic person to represent Washington. A congressional aide and state legislator before going to Congress, she had no regrets about the vote that has cost her her job.

“I’m not looking back,” she said last week. “I have, I can honestly say I’ve done, according to the Constitution, my conscience and my constituents, the absolute best I could.”

In her statement after voting for impeachment, Herrera Beutler presaged much of the evidence that would be presented in more granular detail by the Jan. 6 committee 18 months later.

She said that Trump incited the riot that led to five deaths and that “hours went by before the President did anything meaningful to stop the attack.”

“House Republican Leader Kevin McCarthy describes pleading with the President to go on television and call for an end to the mayhem, to no avail,” she said.

McCarthy, and the vast majority of other Republicans would go on to vote against impeachment and mend whatever rifts they may have had with Trump.

As she voted for impeachment, Herrera Beutler recognized the political peril she was placing herself in.

“I understand the argument that the best course is not to further inflame the country or alienate Republican voters,” she said after the attack. “But I am also a Republican voter. I believe in our Constitution, individual liberty, free markets, charity, life, justice, peace and this exceptional country. I see that my own party will be best served when those among us choose truth.”

Kent, a combat veteran and former Green Beret and CIA officer whose wife was killed by a suicide bomber in Syria, will enter the general election as the favorite in a district that leans Republican. But his far-right candidacy and extreme positions — he claims the 2020 election was rigged and the Jan. 6 attack was the fault of FBI agents within the “deep state” — could make the election competitive.

Gluesenkamp Perez, in a statement after Kent moved into second place, called Kent a “White Nationalist and extremist” and appealed to “voters across the political spectrum, Democrats, independents and Republicans.”

“I will welcome your support,” she said. “I won’t tag you with disparaging labels or write you off because we may not agree 100% on every issue, the way Joe Kent will.”

In a year when congressional Democrats are on the defensive, trying to protect vulnerable members, the seat gives them a rare opportunity to play offense.

“The Democrat Party will have a new top target race on the West Coast,” predicted Randy Pepple, a longtime Republican consultant in Washington. “You will see the Democrat national PACs put tens of millions of dollars into the race.”

Kent says Trump bears no blame for Jan. 6. He blames branches of the federal government — the Department of Justice, the FBI, the Capitol Police — who he says took “deliberate action” to not properly defend the Capitol.

He said Trump acted appropriately when he remained silent for more than three hours while the Capitol was being attacked. Trump’s allies, advisers and even his family were pleading with him to make an announcement for the attackers to leave the Capitol, according to messages and documents presented by the committee.

“To think that the president’s going to, I don’t know, hop on Twitter and call off people that are in the midst of conducting some sort of violence,” Kent said. “He was letting commanders on the ground make decisions, which is the smart tactical thing to do.”

Trump did, eventually, get on Twitter and ask people to leave the Capitol, adding, “We love you, you’re very special.”

A little over an hour later police secured the Capitol.