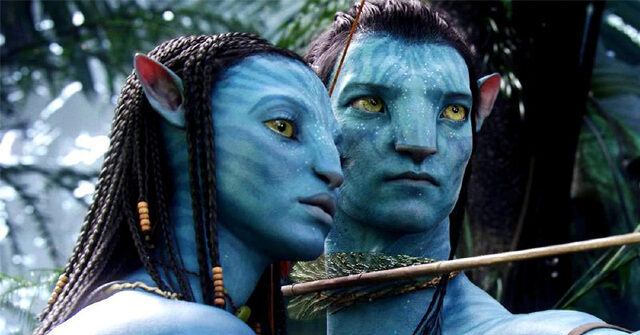 Oscar-winning director James Cameron announced this week that there will be an Avatar 3, Avatar 4, and Avatar 5.

“It looks like just with the momentum that the film has now that will easily pass our break even in the next few days,” Cameron said in an interview, “so it looks like I can’t wiggle out of this, I’m gonna have to do these other sequels.”

“The point is we’re going to be [financially] okay,” he added. “I know what I’m going to be doing the next six or seven years. I’m sure that we’ll have a discussion soon with the top folks at Disney about the game plan going forward for Avatar 3, which is already in the can[.]”

He continued that with Avatar 3, he’s “already [motion] captured and photographed the whole film, so we’re in extended post-production to do all that CG magic.”

As far as chapters 4 and 5, he said, “Avatar 4 and 5 are both written. We even have some of 4 in the can. We’ve begun a franchise at this point. We’ve begun a saga that can now play out over multiple films.”

The success of Avatar 2: Way of the Water is now assured. By Monday, the sequel will add another $37 million to its total and pass a half-billion dollars domestic. Overseas, Avatar 2 has crossed the billion-dollar mark. Before it’s over, two billion worldwide is possible.

Avatar 2 will not surpass its predecessor, which hit $785 million domestic and a stunning $2.9 billion worldwide. Still, two billion is stupendous, making a five-film franchise a no-brainer, especially for the desperate groomers at Disney who have woke-raped all of their top franchises: Star Wars, Toy Story, Marvel… Disney inherited Avatar when it purchased 20th Century Fox, but knowing Cameron was hard at work on his Pandora Universe probably had a lot to do with that purchase.

While I find the prospect of a second-to-none talent like Cameron wasting the third act of his life with Global Warming Smurfs depressing, who can argue with this kind of success?

As of today, Avatar 3 is scheduled for a Christmas 2024 release.

Cameron says the sequels will each explore one of the four elements. Part two, Way of the Water, is obviously all about water. Then comes earth, air, and fire.

For example, Cameron said Avatar 3 will represent fire through the “Ash People.”

“I want to show the Na’vi from another angle because, so far, I have only shown their good sides,” he explained. “In the early films, there are very negative human examples and very positive Na’vi examples. In Avatar 3, we will do the opposite. “

Cameron also said the sequels will continue to tell the story of the main characters but do so while exploring new worlds, adding, ”I can say that the last parts will be the best. The others were an introduction, a way to set the table before serving the meal.”

While I have no interest in this franchise, the Ash people at least sound like a vital change of pace. Nothing is more dull or one-dimensional than the “noble savage” trope, which is what I hated most about Avatar. People are people, and it’s absurd to portray the “natives” as Mary Sues. It’s also, at least when you are representing actual people and not smurfs, a condescending form of racism.

Plenty of American Indian tribes engaged in slavery, torture, land stealing, the genocide of other tribes, and environmental destruction. We’re all human. We’re all endlessly complicated and, therefore, endlessly fascinating. Great movies understand this, which is why my butt has still not completely un-numbed from watching Avatar 13 years ago.

Republican speaker shambles shows dysfunction at the heart of America