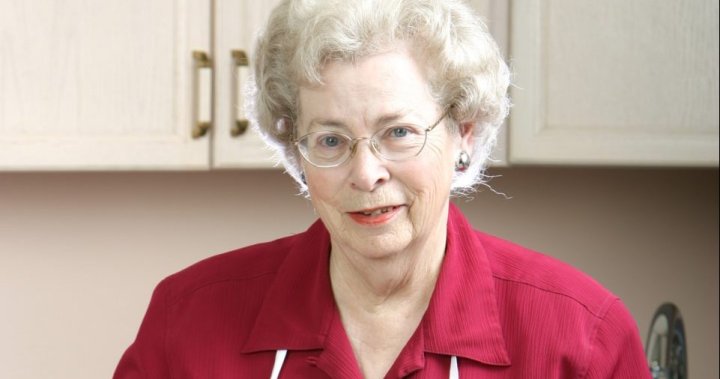 An Alberta-born mother of four whose “Company’s Coming” cookbooks have become ingredient-stained fixtures on kitchen shelves around the world has died at age 95.

A statement from her family says Jean Paré died Christmas Eve in Edmonton.

Pare wrote over 200 cookbooks, beginning with the release of “150 Delicious Squares” in 1981, followed by other popular titles such as “30-Minute Weekday Meals” and “5-Ingredient Slow Cooker Recipes.”

They’ve sold millions of copies in Canada, the United States, Australia and other world markets.

“She leaves a community of friends in both Edmonton and Vermilion, Alberta, as well as countless fans and readers around the world,” her family’s statement said.


Born in 1927 in Irma, Alta., Paré’s life in professional cooking began, according to the website for Company’s Coming Publishing Limited, when she volunteered to cater the 50th anniversary celebration of the Vermilion School of Agriculture, now Lakeland College, in Alberta in 1963.

Paré then had a successful catering career for nearly 20 years before launching Company’s Coming Publishing in 1980 with her son, Grant Lovig.

“She was not a fussy cook at all. She liked to cook things that were easy to make and tasted great — that was the bottom line,” said her granddaughter, Amanda Lovig Hagg, who worked for Company’s Coming.

“She was always available for a recipe question. When I first moved out on my own, I probably called her a few times a month… and she would taste anything I made.”

Paré wrote and published cookbooks for three decades before retiring in 2011.

According to her family, her passions outside the kitchen included travel and helping others in need — especially women. She loved to tell a good joke and couldn’t resist chocolate, often eating her dessert first.

Paré was made a member of the Order of Canada in 2004. She was also a collector of cookbooks, and donated 6,700 of them to the University of Guelph library’s culinary collections.,


Lovig Hagg said her grandmother was always surprised whenever she was approached by a fan or was recognized in public, and the conversations quickly turned to recipes.

She said her grandmother sponsored children through Foster Parents Plan and World Vision Canada, and the two once travelled together to Haiti to visit the children they’d sponsored.

Paré was still living independently in her own suite in a seniors home in Edmonton, Lovig Hagg said, where she still had her own kitchen.

On the night of Christmas Eve when Lovig Hagg got the news her grandmother was gone, she got her kids to bed, walked the dog and then went to the kitchen and began making “Breakfast Pull-A-Parts” from “Company’s Coming for Christmas.”

“I just felt better rolling that dough in the cinnamon and butter and having those cinnamon buns rise overnight for the morning,” she said.

Which crisis? Wall Street’s big banks score $US1 trillion of profit in a decade