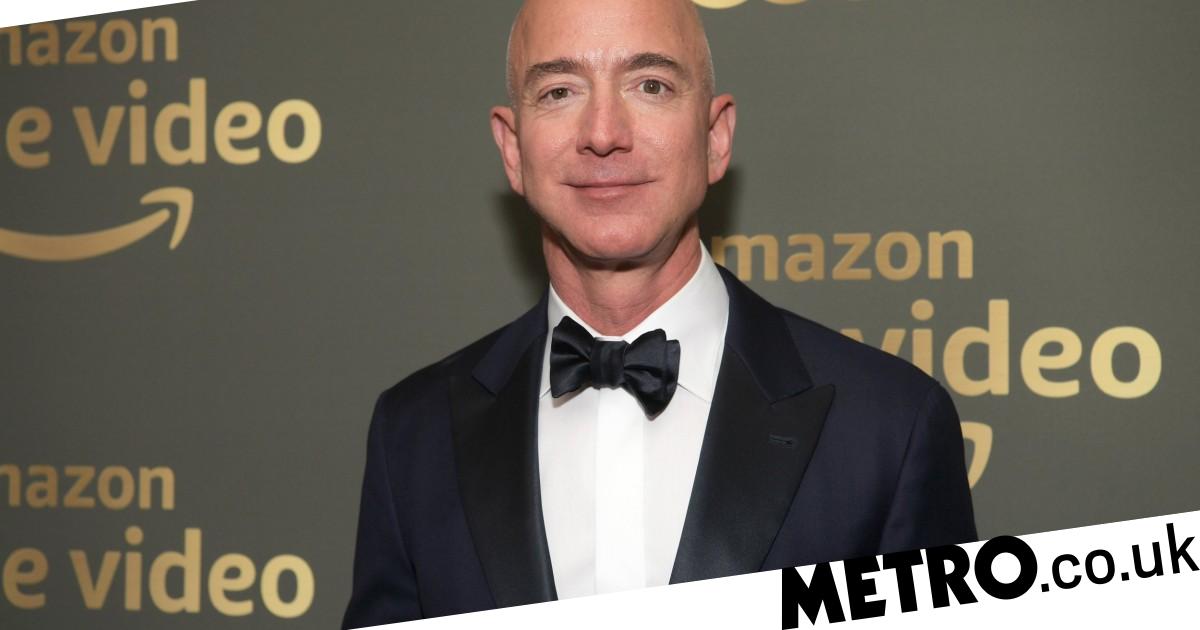 Jeff Bezos is among the world’s billionaires to offer their condolences following the death of Her Majesty Queen Elizabeth.

Alongside the likes of Bill Gates and Apple CEO Tim Cook, the founder of Amazon took a moment to mark the end of the Queen’s reign.

However, it was an earlier tweet, taking aim at Carnegie Mellon professor Uju Anya, that got him embroiled in a Twitter war over colonisation.

Anya had posted anti-monarchy tweets hours before the news broke of the Queen’s death.

Calling the Queen the head of a ‘thieving, raping genocidal empire, Anya launched into a tirade against the Queen and the UK.

She died at the age of 96 at her home in Balmoral, with her son, the now King Charles, and daughter Princess Anne by her side.

Bezos, quoting the posts (which have since been removed by Twitter), offered his opinion: ‘This is someone supposedly working to make the world better? I don’t think so. Wow.’

Unfortuantely for Jeff, that opened the floodgates to critics pointing to his own controversial ’empire’.

Many other commentators pointed out the coincidence of Bezos zeroing in on Anya’s tweet among the many anti-monarchy views on the platform.

They flagged that Anya had previously tweeted her support of the unionisation of Amazon employees – something Bezos fiercely opposes – as the reason for his targeting of her.

Anu herself responded to Bezos’ tweet, calling him greedy and merciless.

Regardless of Bezos’ intentions, the initial tweet ignited a firestorm of outrage and was deleted by Twitter after the platform decided it violated its community standard rules.

Anya, a modern language associate professor at the university wrote: ‘I heard the chief monarch of a thieving raping genocidal empire is finally dying. May her pain be excruciating’

Carnegie Mellon University distanced itself from the tweet, telling the Daily Mail it does ‘not condone the offensive and objectionable messages’.

‘Free expression is core to the mission of higher education, however, the views she shared absolutely do not represent the values of the institution, nor the standards of discourse we seek to foster,’ a spokesperson said.

Bezos’ contemporaries steered clear of anything more than simple tributes to Her Majesty’s death.

Bill Gates wrote: ‘I feel honored to have met HM Queen Elizabeth, and I am very sad to hear of her passing. My deepest condolences to the Royal Family and the British people.’

While billionaire Tim Cook, the CEO of tech giant Apple, commented: ‘There is nothing more noble than to devote your life to the service of others.’

Meanwhile, Richard Branson called the Queen a ‘wonderful guiding light to everyone who knew her.’

In a tribute posted to his website, Branson wrote:

‘The Queen has been a constant presence in public life for nearly as long as I have been alive – I was two when she took the British throne. She lived a life of service, standing for the best of British values, providing grace and consistency in an ever-changing world.

‘I’ve had the pleasure of meeting The Queen many times over the years and I’ve always admired her strength of spirit and sense of duty. From attending royal gatherings to events celebrating entrepreneurship – the Queen always had such a dignified, stoic presence.

‘She was extremely calm, very astute and a great listener – all excellent qualities in a leader. She also had a wonderful sense of humour and took a great interest in the people she met wherever she went.’

The Queen is said to have died peacefully with the now-King Charles and Princess Anne at her bedside at Balmoral in Scotland.

The nation has entered a period of official mourning that will last until seven days after the funeral.


MORE : A look back at Queen Elizabeth’s life – the rock of our nation