Jennifer Aniston, 53, is all smiles in a gorgeous beach selfie for a summer getaway 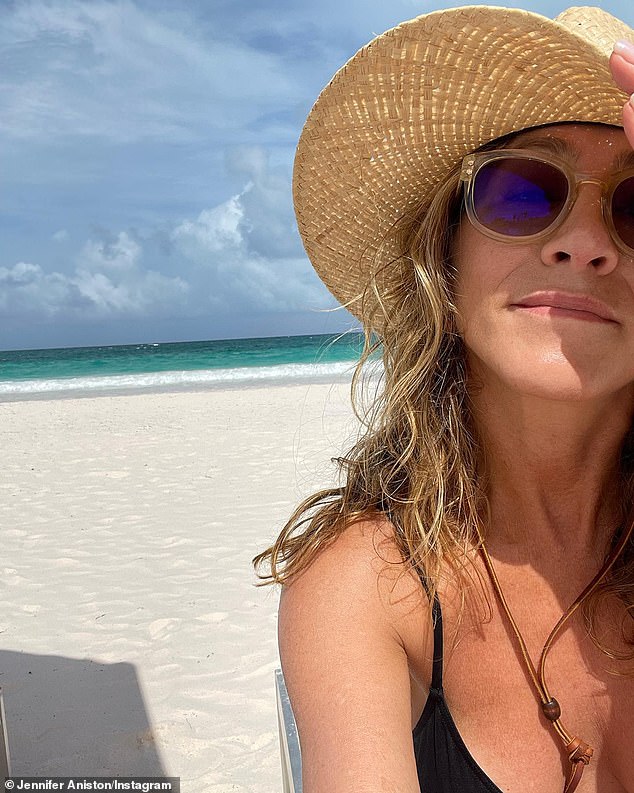 Jennifer Aniston showed her fans that she has been living it up this summer and shared a selfie of herself on the beach earlier Monday.

The Friends star sent a smile towards the camera as she soaked up the sun while relaxing on the sand.

With summer already halfway over, the talented actress, 53, had a chance to spend time by the ocean amid her busy schedule.

Selfie time: Jennifer Aniston, 53, shared a selfie to her Instagram followers as she soaked up the sun at the beach

The Morning Show actress uploaded a selfie to her 40.6 million followers on her main Instagram page.

The award-winner shared a glimpse of a black swimsuit with thin straps for when she wanted to take a dip in the shimmering water behind her.

Jennifer donned a pair of reflective sunglasses and threw on a fashionable sun hat to keep the bright sun out of her face. 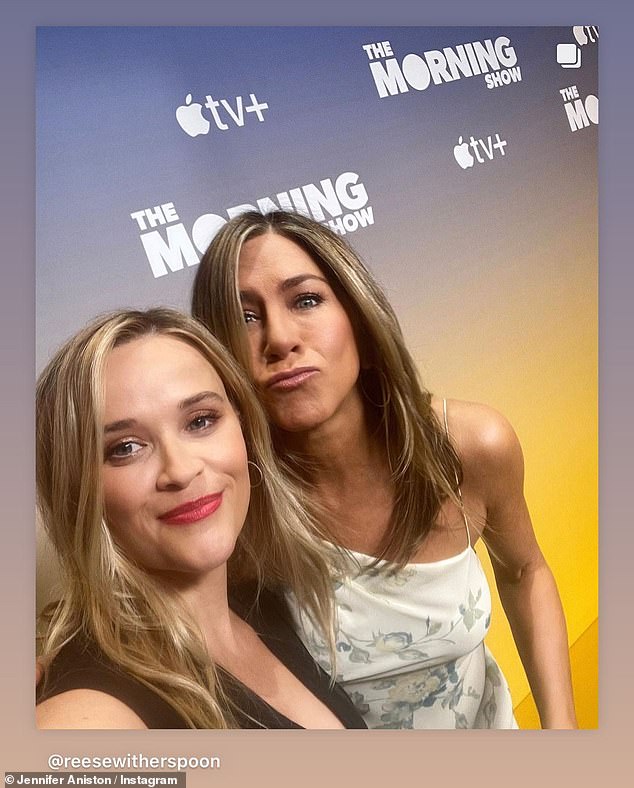 Cute! The actress and her co-star, Reese Witherspoon, have been working together on the successful series, The Morning Show

The beauty’s hair fell down past her shoulders in natural waves. She added a caption, but opted to not write any words.

Instead, Jennifer opted to add emojis, such as the waving hand, the sun, and a red heart to express her excitement to be on a trip.

The producer had a small chunk of time on her calendar to whisk herself away for a memorable getaway. 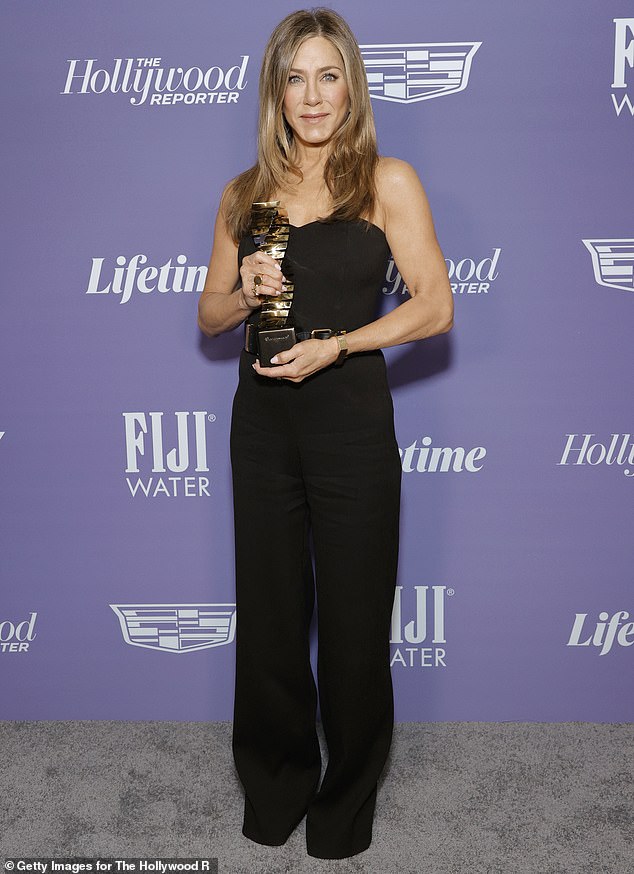 Talented: The star has been a prominent figure in Hollywood, and has been nominated and received various awards during the course of her career; pictured in 2021 with the Sherry Lansing Leadership award

Jennifer’s latest performance on Apple TV’s The Morning Show has garnered her incredible critical acclaim. The smash hit aired its first season in 2019.

The businesswoman not only has a leading role as Alex Levy in the series, but also is one of the show’s producers.

She was not on the list of actors to receive recent Emmy Award nominations. However, her co-star, Reese Witherspoon, did get a Lead Actress nomination. 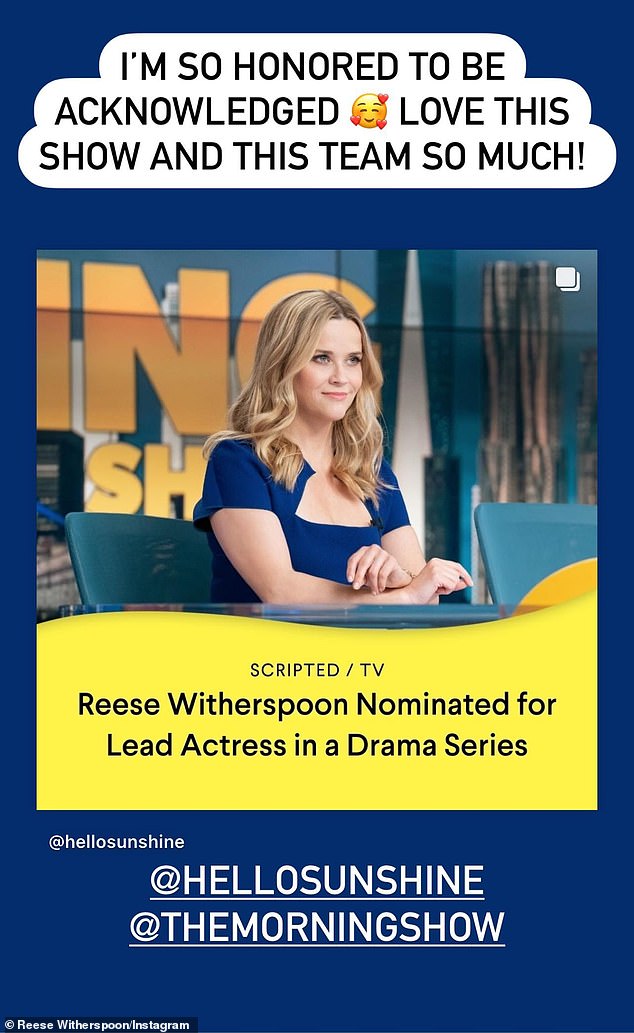 Emmy nominations: Although Jennifer didn’t receive an Emmy nomination this year, her co-star Reese Witherspoon was one of the recipients 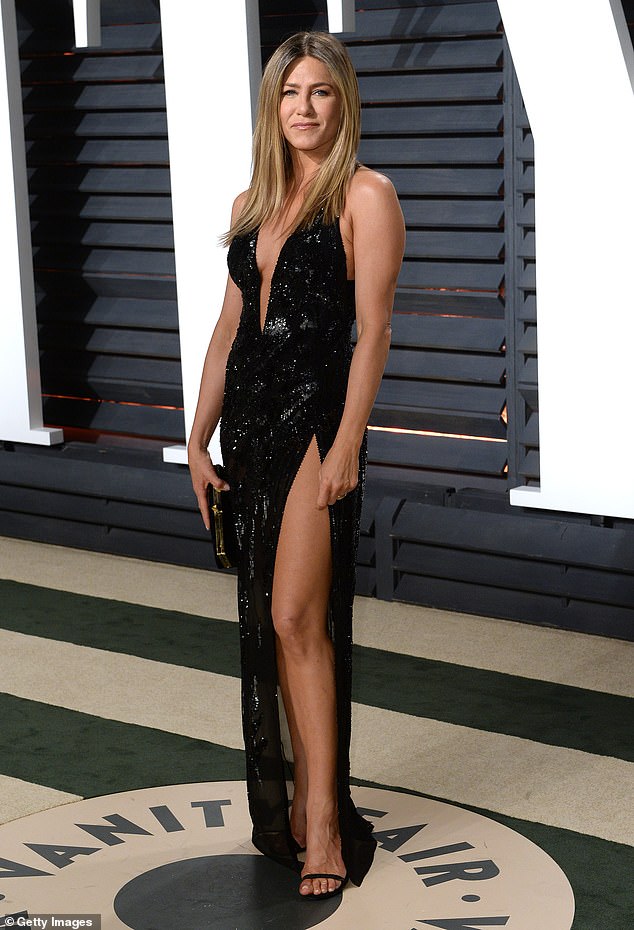 Beautiful: The actress and producer has been not just in the entertainment industry, but also being the founder of her own haircare brand

When Jennifer is not on set or focused on working on her successful haircare brand, LolaVie, she enjoys taking time for herself and to be with her dogs.

In an interview with Bustle, the actress discussed what helps her through stressful, busy days.

‘My dogs. They have no care in the world except you, food, and to pee, and play with a ball. It’s unconditional love,’ she explained.

‘It’s so nice. That, and good friends and meditation. All of that is essential, especially these days.’

The Marley & Me star also explained how important it is for to prioritize balancing work and life.

‘Work is important and I love my work. I have so much fun, I work hard, but then when it’s time off, I really appreciate it,’ she stated. ‘I’m not a workaholic. I work to live, I don’t live to work.’ 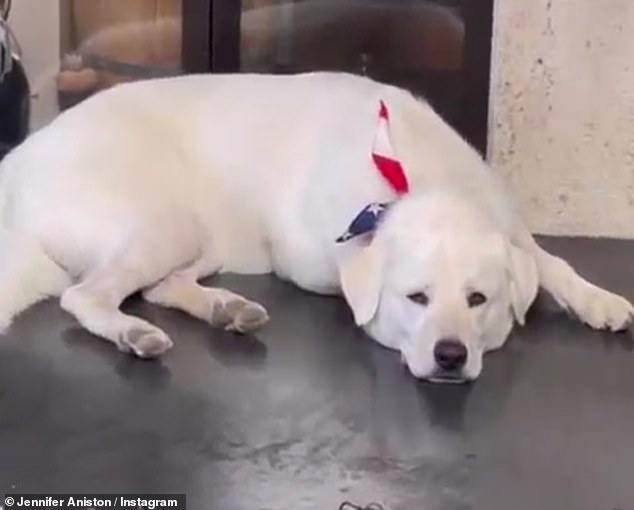 Adorable! Jennifer shared a cute snap of her one of her dogs during the Fourth of July weekend

Here’s Every Player on the PUP List Tracker – NBC Chicago