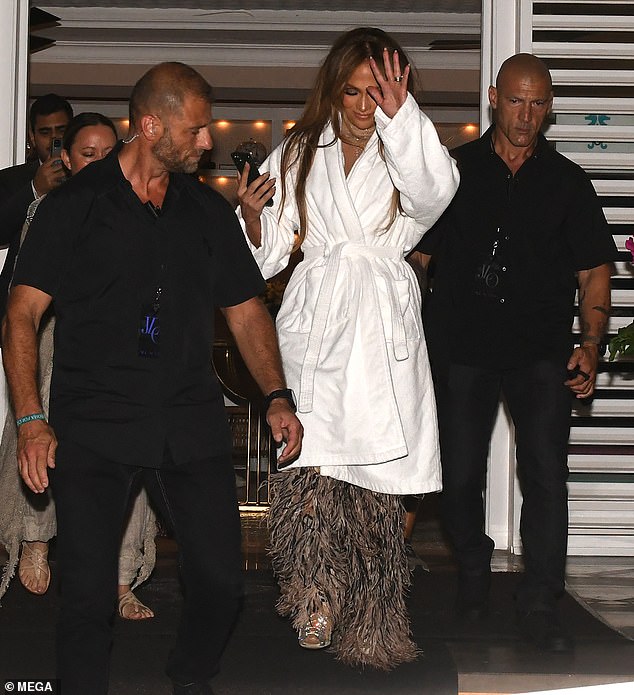 By Alesia Stanford For Dailymail.Com

Jennifer Lopez kept her look under wraps as she headed out for her highly anticipated UNICEF concert Saturday.

The 53-year-old superstar wore a fluffy white robe over her costume but otherwise appeared ready to take the stage in full makeup and hair as she and her entourage made their way to a waiting car.

The Grammy winner was on the Italian island of Capri for the exclusive concert to benefit a Ukraine focused charity.

Under wraps: Jennifer Lopez kept her stage costume under wraps, wearing a fluffy white robe, as she headed to her performance in Capri for UNICEF

She is the headliner for the show, which was scheduled to include performances from DJ Diplo, Sofia Carson and DJ Cruz.

The fete was set to take place at a 14th century monastery called Certosa di San Giacomo, which boasts a grassy cloister and a stunning view of the Mediterranean Sea. 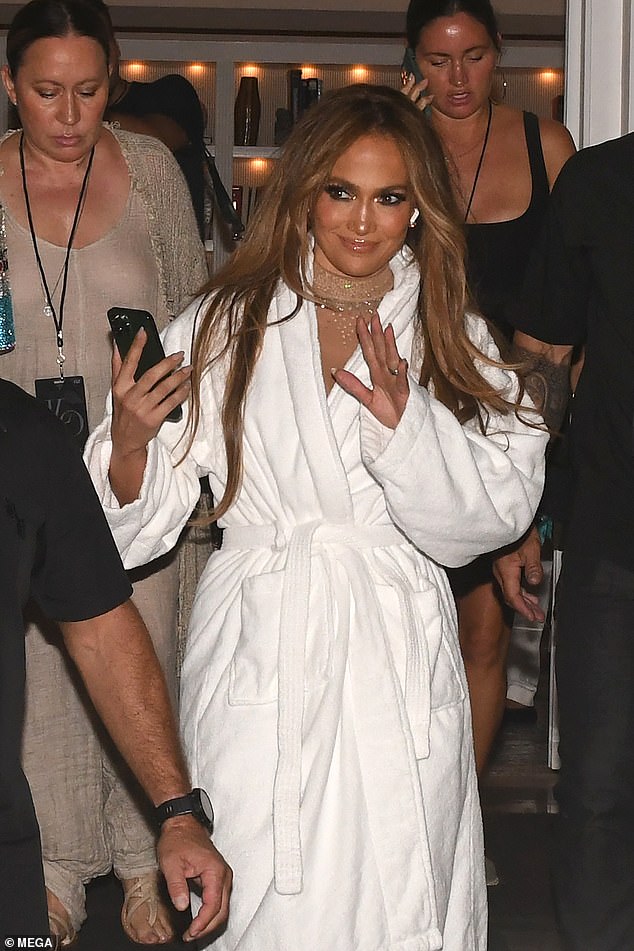 First show: This is the Marry Me star’s first performance since her marriage to Ben Affleck, 49, on July 16

The Marry Me star gave a preview of what the night would sound and look like in rehearsals on Friday.

The Let’s Get Loud singer sashayed her way across the stage in an eye catching animal print ensemble with feathers on the pants, and sparkles at the waist.

The illusion jumpsuit had cut outs on the torso designed to show off her toned abs which were covered with a diaphanous gold material that also covered the chest and neck. 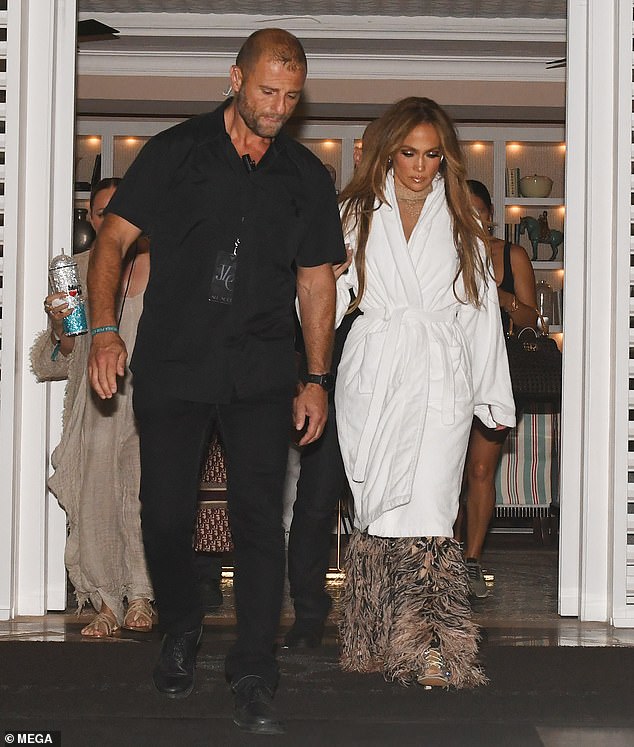 Ready to take stage: With the exception of the robe, the Let’s Get Loud singer appeared ready to take the stage in full hair and makeup for the star-studded event to support a Ukraine focused charity

Jennifer styled her hair back in a bun for rehearsals, but left it down in long loose layers for the big night.

After the performances, guests were to be treated to a lavish dinner and a charity auction.

This was the Amor, Amor, Amor artist’s first performance since tying the knot with husband Ben Affleck, 49, July 16. 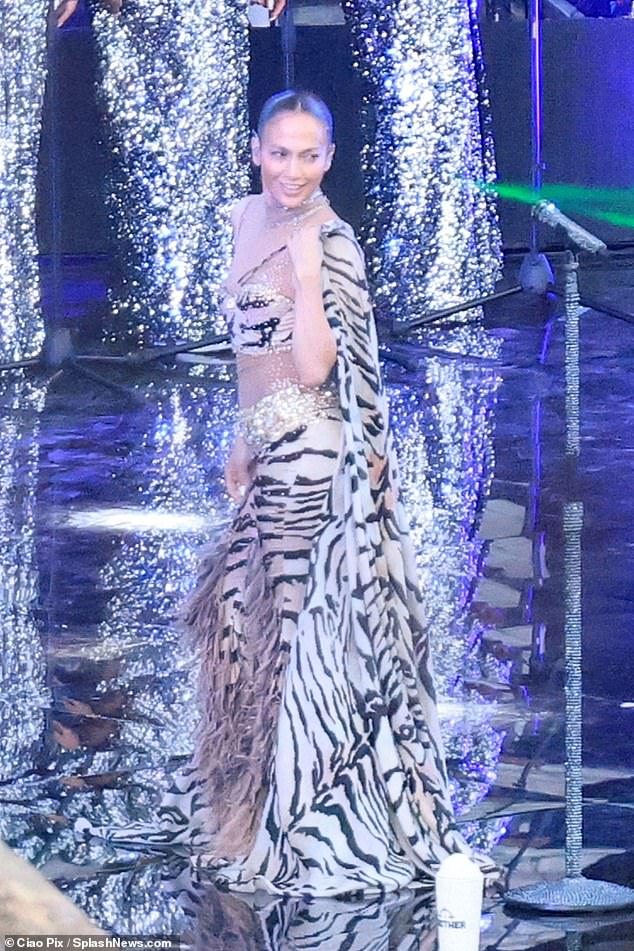 Sneak peek: Fans got a sneak peek at how the show might look and sound from rehearsals on  Friday

Qantas and Jetstar over 100,000 Japan reward flights to…