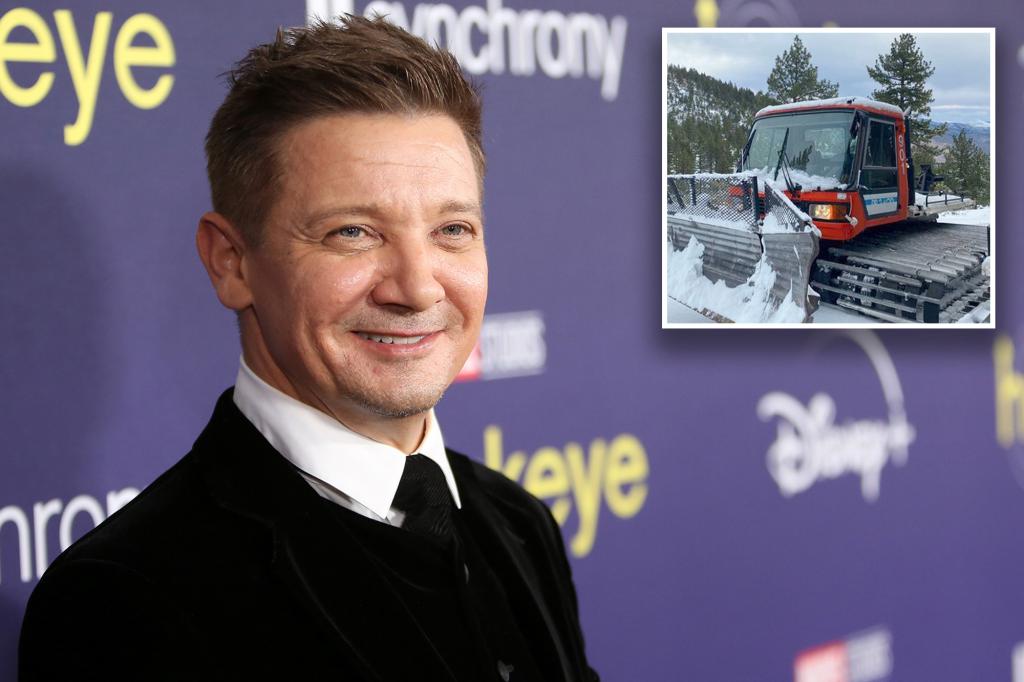 Marvel star Jeremy Renner has been transferred to the intensive care unit following surgeries required after his traumatic “weather-related” accident at his home in Nevada on New Year’s day.

“We can confirm that Jeremy has suffered blunt chest trauma and orthopedic injuries and has undergone surgery today, January 2nd 2023,” his rep said in a statement. “He has returned from surgery and remains in the intensive care unit in critical but stable condition.”

The 51-year-old two-time Oscar nominee ran over his own leg with a snowplow and was losing a “serious” amount of blood after the freak accident.

“Jeremy’s family would like to express their gratitude to the incredible doctors and nurses looking after him, Truckee Meadows Fire and Rescue, Washoe County Sheriff, Reno City Mayor Hillary Schieve and the Carano and Murdock families,” his rep continued.

“They are also tremendously overwhelmed and appreciative of the outpouring of love and support from his fans.”

The “Hawkeye” star, also known for his starring role in the Paramount+ series “Mayor of Kingstown,” was airlifted to an area hospital near Reno.

Renner was hemorrhaging due his Kässbohrer PistenBully snow plow injury to his leg, and neighbors managed to apply a tourniquet before deputies from the Washoe County Sheriff’s Office coordinated with Truckee Meadows Fire Protection District and Remsa Health to transport him in an emergency chopper

The actor-musician has a home close to Reno near Mt. Rose-Ski Tahoe, a 1,300-acre resort with “groomed ski runs for all levels, complete with seven chairlifts and three snowboard parks.”

Deputies from the Washoe County Sheriff’s Office “coordinated with Truckee Meadows Fire Protection District and Remsa Health to arrange for medical transport of Renner via care flight to a local area hospital,” according to public information officer Kristin Vietti. “Mr. Renner was the only involved party.”

The area — which boasts the motto “Life starts at 8,260 feet” — along with much of northern Nevada was slammed with a winter storm on New Year’s Eve that caused 35,000 homes to lose power, with thousands still in the dark the next morning.

Many fans and fellow celebrities sent well-wishes for the Marvel actor on Monday, with fellow MCU star Mark Ruffalo posting on his Instagram Story: “Prayers up for our brother on a full and speedy recovery.”

“Guardians of the Galaxy” franchise head James Gunn tweeted: “My heart is with @JeremyRenner.”

Renner — best known for playing the superhero Clint Barton, or Hawkeye, in multiple Marvel movies and a Disney+ show — frequently posts to his 18.1 million Instagram followers about his battle with the seasonal elements in Nevada.

“My sweet @JeremyRenner. Loved you for decades. From a ‘Senior Trip’ to the #MCU,” actress Tara Strong wrote on social media. “Sending you & your closest healing love, light & strength for a full recovery.”

Actor Treat Williams chimed in: “Thoughts for Jeremy Renner and family today. I do my own plowing, too. Get well soon.”

Renner — best known for playing the superhero Clint Barton, or Hawkeye, in multiple Marvel movies and a Disney+ show — frequently posts to his 18.1 million Instagram followers about his battle with the seasonal elements in Nevada.

He is something of a local hero for his efforts to combat the elements in the area, from snowfall to forest fires: “I have so much respect for Mother Earth, and Mother Nature,” Renner previously posted in an Instagram video as serious weather conditions loomed. “I expect to lose the fight but I’ll always give it my best shot.”

On Thursday before the holiday weekend, he even tweeted about his handyman-helper side in a message hyping his upcoming project about “helping communities by reimagining unique purpose-built vehicles.”

Renner posted, “There’s no better way to kick off the new year than giving back to those who need it most! Don’t miss #Rennervations, coming soon to @Disney+.”

Who can stop Willie Mullins? As concerns over his ‘dominance’ rise, bookies say three Festival chases are his to lose