Jeremy Renner was trying to save nephew when he was crushed by snowplow: report – National 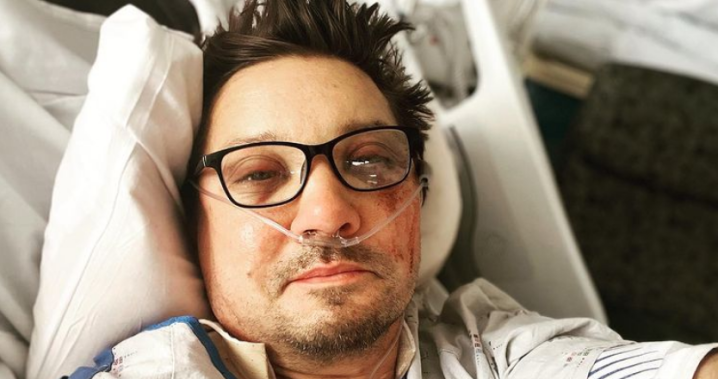 Turns out Avengers star Jeremy Renner is a real-life superhero.

Renner, who was severely injured in a snowplow accident on Jan. 1, was reportedly hurt when he tried to save his adult nephew from being crushed by a seven-ton PistenBully snowcat.

According to a Washoe County Sheriff’s Office report obtained by CNN, Renner, 52, was using the snowplow to pull his nephew’s car out from heavy snow at his Reno, Nev., home.

When the vehicle, which runs on a track, began “sliding sideways,” Renner exited the snowplow without initiating the parking brake, officials wrote.

“He feared the Pistenbully was going to hit (his nephew), so he decided to attempt to stop or divert the Pistenbully,” read the report released Friday.

As he exited the snowplow, Renner stepped on the moving track and was pulled under the vehicle.

The snowplow rolled completely over Renner and continued down the road.

“He laid on the ground and focused on his breathing while (his nephew and others) rendered aid to him until medical personnel arrived on scene,” the report says.


Renner, who is best known for his portrayal of sharpshooting Marvel superhero Hawkeye, was airlifted to hospital and spent more than two weeks in care. He sustained “blunt chest trauma and orthopedic injuries” and broke more than 30 bones. The actor underwent at least two surgeries.

2023 Oscar nominations — ‘Everything Everywhere All At Once’ leads with 11

Renner has shared several photos of his recovery on social media.

“I want to thank EVERYONE for their messages and thoughtfulness for my family and I,” Renner wrote in an Instagram post Saturday. “Much love and appreciation to you all. These 30 plus broken bones will mend , grow stronger, just like the love and bond with family and friends deepens.”

There has been no information released publicly regarding Renner’s prognosis or expected recovery time.

49ers to let legal process play out after Omenihu’s arrest

Ministers will look ‘seriously’ at any credible Britishvolt takeover bids