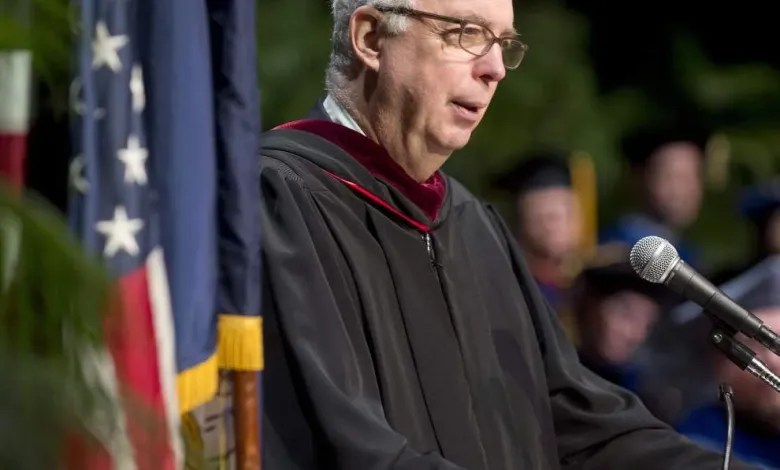 Jerry Ceppos, the onetime top editor at The Mercury News and later dean of two major journalism schools, died Friday evening.  He was 75.

The cause of death was sepsis brought on by a severe infection, said his wife, Karen Ceppos.

In a journalism career spanning more than 50 years, Jerry Ceppos led The Mercury News when California’s Silicon Valley was exploding with innovation, including the birth of digital media that would ultimately undermine the traditional newspaper business.  As an editor and later an educator, he drove a focus on the new technology and its remaking of society.  He also championed diversity in the newsroom and the classroom.

The paper won two Pulitzer Prizes while Ceppos was managing editor.  As executive editor, he endured heavy criticism for the publication of a flawed investigative series implicating the CIA in illegal drug dealing, but later earned widespread praise for accepting personal responsibility on the front page and overhauling the paper’s editing process.

He would rise to be the top news officer of Knight Ridder, former owner of The Mercury News, The Miami Herald, The Philadelphia Inquirer, Detroit Free Press, The Charlotte Observer, The Kansas City Star and 26 other daily papers, making it for a time the second largest publisher of newspapers in the United States. Knight Ridder, based in San Jose, is now defunct and The Mercury News is owned by MediaNews Group.

Ceppos took pride in the fact that he increased the racial and ethnic diversity of The Mercury News staff roughly threefold during his tenure as executive editor.

David Yarnold, who succeeded Ceppos as executive editor in San Jose, said, “Jerry did something that only great editors do:  In the mid-90’s, he understood the story we were sitting on, the making of Silicon Valley in the context of a majority minority community, and he challenged his newsroom to see the big picture.”

Susan Goldberg, who succeeded Yarnold and was later editor in chief of National Geographic, said Ceppos was unfailingly encouraging.  “He assured you, in detailed ways, why you were qualified for roles you assumed were out of reach,” she said.  “You always felt better after talking with Jerry.  What a gift.”

He urged them to dig into unsolved murders by Ku Klux Klansmen during the civil rights era, and 90 news sites in Louisiana and Mississippi have run stories by Manship students, said Christopher Drew, a former New York Times investigative reporter who directs the service.

Jerome Merle Ceppos was born in Washington, D.C., on October 14, 1946, the only child of Harry and Florence (Epstein) Ceppos.  His mother’s brother, Sidney Epstein, was a legendary Washington newsman, the nattily attired city editor of the afternoon Washington Star when it was the city’s dominant paper, and an inspiration to his nephew.  Epstein would reminisce about mentoring Carl Bernstein before he went on to Watergate fame with Bob Woodward or reluctantly hiring an inexperienced young Jacqueline Bouvier as a roving photographer, long before she would become First Lady Jacqueline Kennedy.

As a self-described “geeky” student at Northwood High School in Silver Spring, Ceppos edited the school paper, The Red and Black.  At the University of Maryland, he edited The Diamondback and graduated in 1969 with a degree in journalism.

After college, Ceppos was a reporter and editor at the Rochester Democrat and Chronicle in New York for three years.  In 1972, he moved south to become an editor at The Miami Herald, the beginning of a long career with Knight Newspapers, later Knight Ridder.

A Herald colleague, Marcie Ersoff, introduced Ceppos to her kid sister, Karen.  They married in 1982 and had two children, Matthew, who lives in Reno, Nevada, and Robin, of Washington, D.C.  In addition to family and work, Ceppos’ passions included fine wines and collecting pens.  No trip back to his hometown was complete without a visit to Fahrney’s Pens, a boutique specializing in high-end writing instruments.

In 1981, Ceppos moved to San Jose, where he quickly rose through the editing ranks.  Its Pulitzer Prizes when he was managing editor were for reporting on massive transfers of personal wealth by President Ferdinand Marcos of the Philippines out of his country, and for coverage of the 1989 Loma Prieta earthquake.

In 1996, a year after Ceppos became executive editor, the Mercury News published a three-part investigative series, Dark Alliance, which made the sensational charge that the crack epidemic raging in Los Angeles was largely sparked by two Nicaraguan emigres selling huge amounts of cocaine to raise funds for a CIA-backed rebel army in their home country.

When three newspapers, The New York Times, The Washington Post and The Los Angeles Times, published major pieces calling into question the reporting in Dark Alliance, Ceppos assigned a reporter and editors uninvolved in the original stories to re-report them.

On May 11, 1997, he published a front-page column, saying that the Dark Alliance series had “oversimplified the complex issues of how the crack epidemic in America grew” and “did not include information that contradicted a central assertion of the series.”  He took personal responsibility for the flawed work, saying, “Few things in life are harder than owning up to one’s shortcomings.”  He said the paper had failed to meet its own high standards and would overhaul some of its editing processes.

Though Ceppos faced complaints that he had caved to pressure, he would later receive an award from the Society of Professional Journalists for his “superior ethical conduct” in handling the aftermath of the series.

In 1999, Ceppos was promoted to vice president for news of Knight Ridder, a role in which, for six years, he identified and recruited top editors, set quality and ethical standards, oversaw the company’s Washington and foreign bureaus and, as he put it, “led sometimes recalcitrant newsrooms into the digital age.”

“Jerry was one of the most thoughtful and considerate people I knew,” said Tony Ridder, the CEO.  “He always managed to be upbeat and positive when things were difficult.”

Ceppos left Knight Ridder in 2005, just before the publicly-traded company was sold and broken up.  After consulting for several years, he began a new career as an educator, telling friends he had failed at retirement.

Appointed dean of the Reynolds School of Journalism at the University of Nevada/Reno in 2008, Ceppos raised the funds to renovate the school’s building and update its technology for the digital age, said Kristin Ghiggeri Burgarello, then director of development and alumni relations.

After three years at Reynolds, Ceppos moved in 2011 to the Manship School, where he was dean for seven years before transitioning into a full-time teaching role, giving courses on media ethics, American media history and a seminar on fairness in journalism.

Aydin Virga, a rising senior at the Manship School, said she enrolled last fall in a multiculturalism class Ceppos was teaching via Zoom because of the COVID-19 pandemic.  She said he took a special interest in every student, making each one feel important.  “From the moment he learned of my plans to pursue a career in law, he reached out to me separately.  He asked to hold a Zoom meeting where he spent a great deal of time discussing my anxieties and ambitions.”  It was “incredibly influential to me because I finally felt belonging and security in my path.”

She added, “I hope I can live up to the potential that he saw in me.”

Ceppos will be buried in Miami during a private family service.  A public celebration of his life will be held later.  Friends are asked to contribute to the Manship School or the charity of their choice.