Jimmy Kimmel jokes that frostbitten Harry got oedipal about Diana 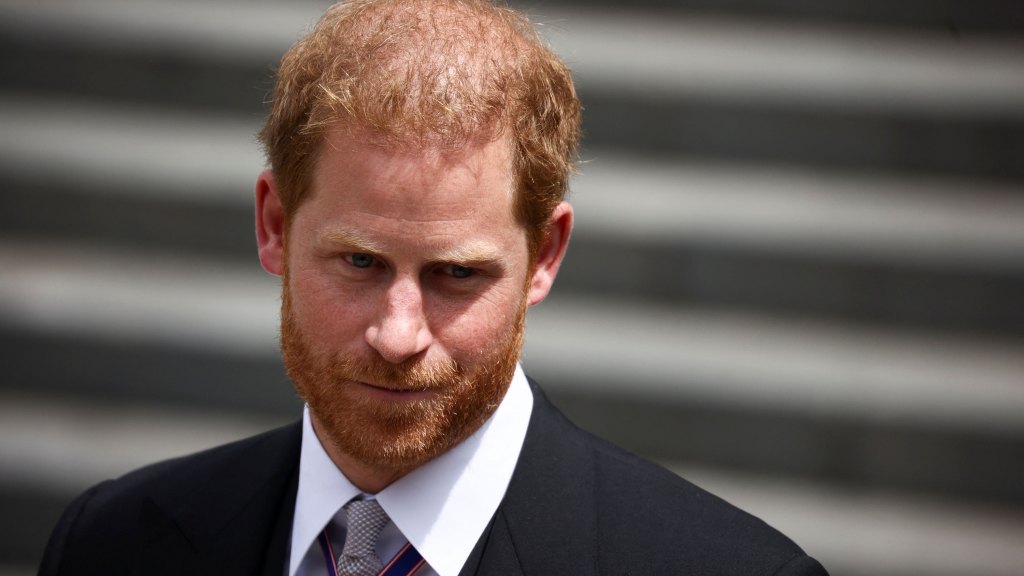 While scholars and cultural critics have been writing serious think pieces about Prince Harry’s memoir “Spare,” particularly the potential historical significance of his insights into the allegedly dark and destructive machinations of the British royal family, Jimmy Kimmel and others have had fun focusing on the intimate details that the Duke of Sussex shares about his private parts.

The host of “Jimmy Kimmel Live!” has produced two bits since last week that make fun of Harry’s discussion about how he suffered a frostbitten penis while participating in a trek to the North Pole with other military veterans in 2011. The segment from Monday night also zeros in on Harry’s need in his book to regularly connect events, including his frostbite woes, to his late mother, Princess Diana, as if to emphasize how much of a presence she remains in his life.

Indeed, Kimmel has Harry invoke the name of Sigmund Freud — the author of the Oedipus complex psychoanalytic theory — in the bit that has the duke thinking about his mother while seeking relief from his frostbite. For the segment, Kimmel introduces “a new children’s book” that he said was inspired by the blockbuster success of Harry’s book and particularly the popularity of his frostbite story.

“It’s a twist on “The Princess and the Pea,” Kimmel joked. “It’s called ‘The Prince and the Penis.’ The kids will love this. It’s time to gather them around because I have the honor of sharing the first read of the new book.”

Prince Harry’s book is so popular, they made a version for kids! #ThePrinceAndThePenis pic.twitter.com/mV0Sfy4REL

Thereupon, Kimmel produced a faux children’s book, with brightly colored illustrations and a rhyming, “The Night Before Christmas”-style tale about “a silly young codger” who suffers frostbite on a trip to the North Pole.

“Oh Mummy, oh Mummy, he cried with a scream and from then up on high, she appeared with some cream,” Kimmel read from the faux book, with an illustration of Diana up in a cloud, wearing her famous black “Revenge Dress.”

Kimmel clearly believes that Harry has opened himself up for such lambasting, given what the duke writes in “Spare” about seeking relief from his frostbite by using a cream by Elizabeth Arden — a brand he notes that his late mother used.

In “Spare,” Harry (or his ghostwriter, J.R. Moehringer) describes how the frostbite left him “oscillating between extremely sensitive and borderline traumatized.” To Harry’s credit, his tone is somewhat humorous. “The last place I wanted to be was Frostnipistan,” Harry also said, explaining how a female friend suggested he try the Elizabeth Arden cream.

“My mum used that on her lips,” Harry said, expressing discomfort at the idea of applying it “down there.” Harry said his friend  replied, “It works, Harry. Trust me.”

Harry said he acquired a tube and opened it. He also writes, “The smell transported me through time. I felt as if my mother was right there in the room.” He said he applied a “smidge” and acknowledged, “‘Weird’ doesn’t really do the feeling justice.”

In Kimmel’s version of Harry’s “story,” the Harry figure similarly expresses discomfort with the idea of using his mother’s favorite cream. “But Mummy, did you not put this on your lip. … But Mummy, have you not hear about Sir Sigmund Freud?” That line is a reference to Freud’s theory about a young male’s attachment to the parent of the opposite sex.

Kimmel’s children’s book shows an illustration of Diana coming down from her cloud and applying the cream on her son, leaving “everyone living happily ever after.”

Last week, Kimmel mined comedy and audience laughs from actually playing the audiobook version of “Spare,” with Harry reading from the passage about his use of the Elizabeth Arden cream and how it evoked “weird” thoughts about his mother.

Kimmel’s children’s book bit provoked a mix of reactions. Many people left tweets with laughing emojis and praised Kimmel for offering an example of how Harry plays “the Mummy card” — aligning himself with the legacy of his popular mother in interviews and in his book. Others shared GIFs that showed they enjoyed the bit but also recognized that Kimmel was getting to the edge of what’s considered politically correct.

Others, though, scoffed at Kimmel’s “amateurish” humor. One person suggested he was jealous because his late-night rival, Stephen Colbert, got an interview with Harry last week on his show. Others took offense with how they thought Kimmel disparaged the memory of Diana, who died in 1997 in a car accident in Paris.

“Diana deserves much more respect than this,” one person said. “I don’t approve of this kind of shallow writing and literal Freudian puns — even if it is supposedly comedy. Go for Harry by all means — I care little to none, but not by his mother, who is of a diviner subject to me to this day & beyond.”

Other comedians also have had fun with Harry’s North Pole story, including Chelsea Handler. However, she used her opening monologue at the Critics Choice Awards Sunday night to suggest that the public is both scintillated by also weary from Harry’s oversharing about his frostbite, which left him uncomfortable while attending the royal wedding of his brother, Prince William, to Kate Middleton.

At the awards show, Handler said, “Niecy Nash-Betts is nominated for ‘Dahmer.’ ‘Dahmer’ became the third highest viewed show on Netflix, which a combined watch time of 1 billion hours.”

She continued: “Which, apparently, is the same amount of time we’re going to have to listen to Prince Harry talk about his frostbitten penis. Enough already.”

after losing 90% of its value, can this Australian retailer rebound?