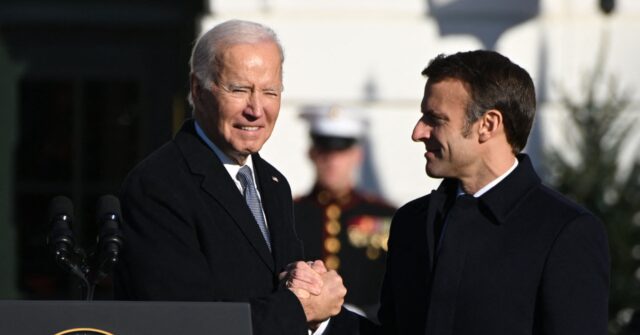 But when it came time to shake Macron’s hand, the president awkwardly gripped it and held it firmly for 42 seconds as the French leader stood awkwardly near the podium.

“The temperature may be a little chilly on this December night – day, but our hearts are warm as we welcome such close friends to the White House,” Biden said during the arrival ceremony outdoors at the White House.

Biden will spend the day with Macron in several meetings about the future of Europe and the various disputes he has sparked with America’s oldest ally.

Biden infuriated the French after making a deal with Australia for nuclear subs, which cratered an existing deal between France and Australia to sell them their own submarines. The United States did not give French officials advance notice.

Biden later tried to apologize for his failure during a later meeting with Macron in Rome.

“I was under the impression that France had been informed long before … honest to God I did not know you had not been,” he admitted

Biden has also sparked tensions with France because of his significant government subsidies for green energy production in the United States.

But the president did not mention old or new disputes, focusing on the ongoing war in Ukraine as an example of how both countries were defending Democracy around the world.

“France and the United States are once again defending the Democratic values and universal human rights that are at the heart of both our nations,” he said. 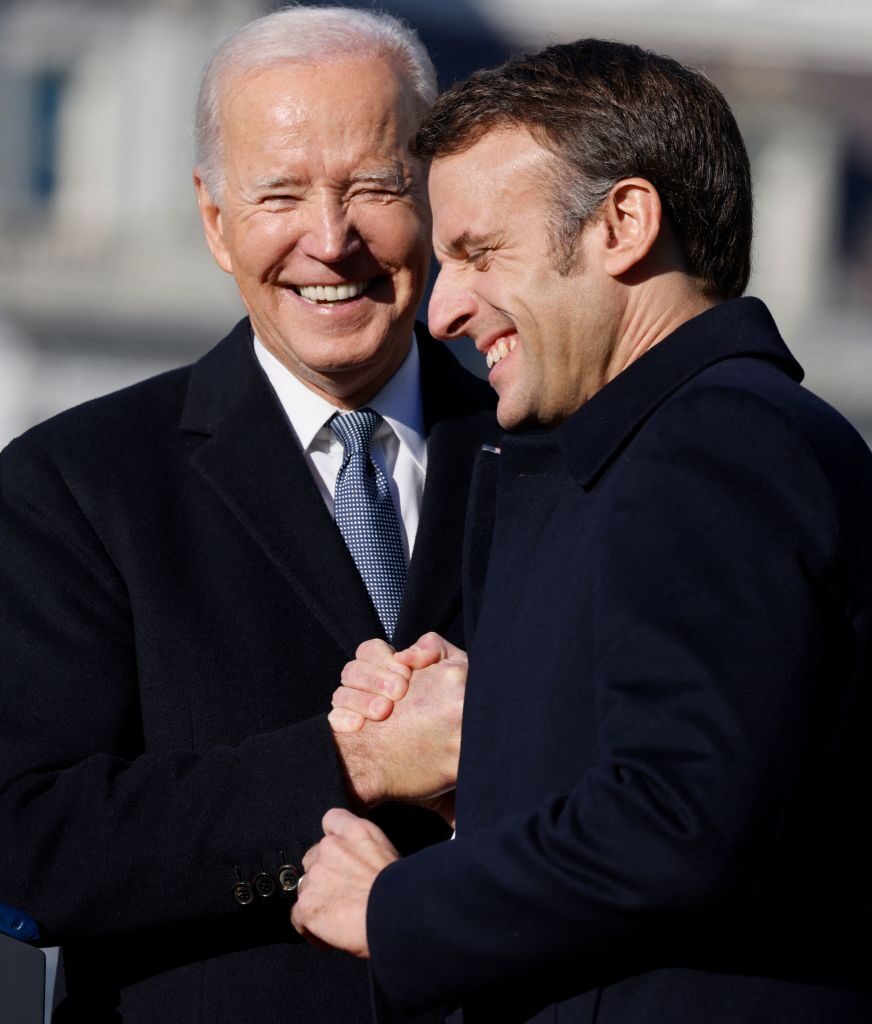 “Stalwart friends in times of triumph and of trial, France and the United States will meet the future just as we always have,” he said.

During his remarks, Macron also referred to the ongoing challenges in Europe, specifically in Ukraine.

“We need to become brothers in arms once more,” he said.

Macron warned that both US and France were being “shaken by the same doubts” about being “strong and effective” against the challenges of “hate speech, false information, and today’s fears.”

“Together we need to work to rebuild a unity of our societies through respect and recognition, the only means to eradicate hate,” he said.