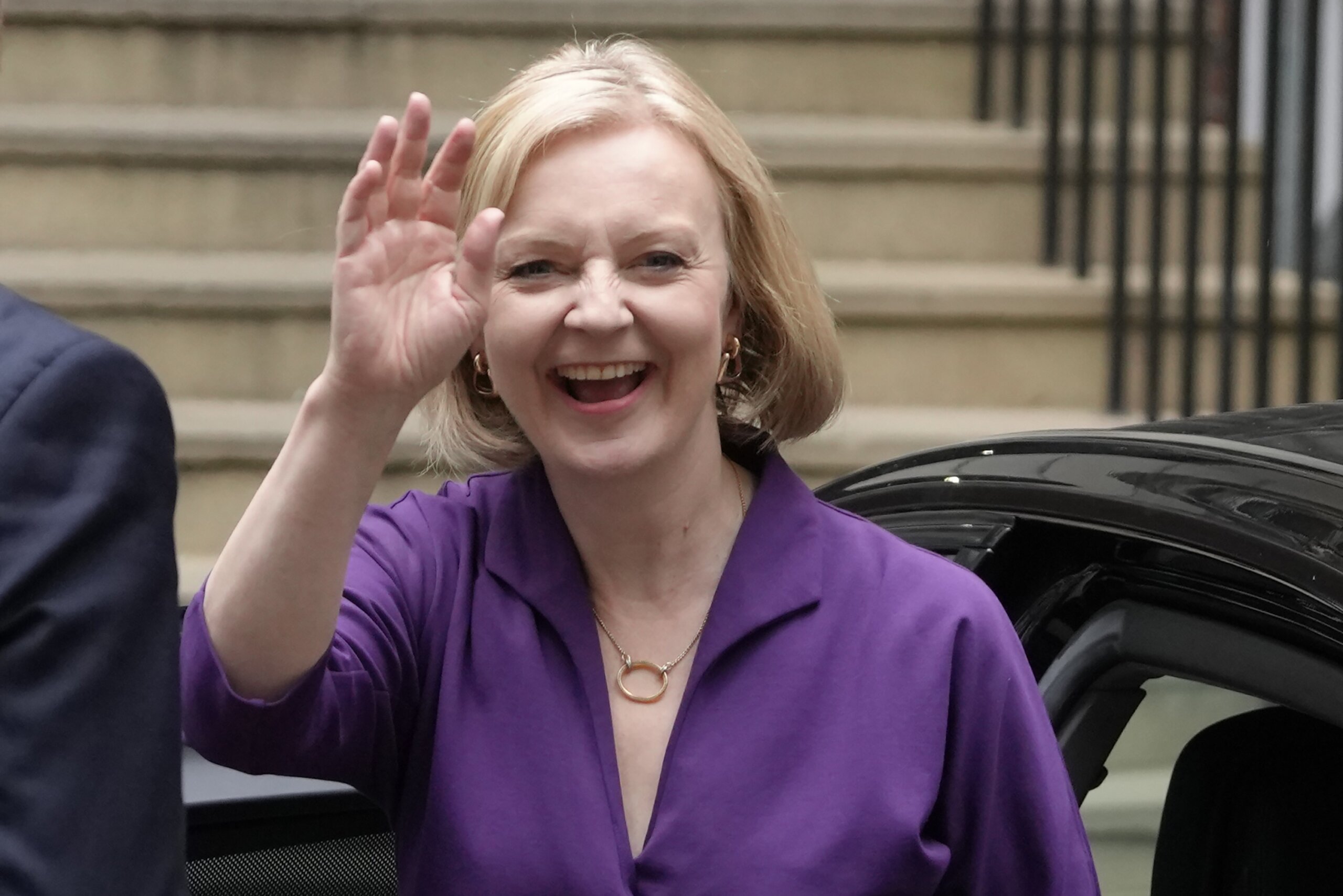 LONDON (AP) — Prime Minister Boris Johnson left his Downing Street office for the last time on Tuesday before heading to Scotland to formally offer his resignation so Liz Truss can succeed him.

The British leader, who announced his intention to step down two months ago, is expected to meet with Queen Elizabeth II in the late morning at her Balmoral estate to begin the transfer of power to Truss.

Truss, who was named leader of the ruling Conservative party on Monday, will be appointed prime minister during her own audience with the queen a short time later.

Speaking outside No. 10 Downing Street, Johnson said his policies had given Britain the economic strength to help people weather the energy crisis, and he called on the Conservatives to unite behind Truss during the “tough time” facing the country. Then he signed off with his typically colorful language.

“I am like one of those booster rockets that has fulfilled its function,’’ Johnson said. “I will now be gently re-entering the atmosphere and splashing down invisibly in some remote and obscure corner of the Pacific.’’

But he was forced out of office by a series of scandals that culminated in the resignation of dozens of Cabinet secretaries and lower-level officials in early July. He alluded to that downfall in his leaving remarks, saying he was handing over the baton to Truss in “what has unexpectedly become a relay race.”

Johnson will formally step down shortly before noon when he meets Elizabeth at Balmoral, her summer retreat in Aberdeenshire.

This is the first time in the queen’s 70-year reign that the handover of power is taking place at Balmoral, rather than at Buckingham Palace in London. The ceremony was moved to Scotland to provide certainty about the schedule because the 96-year-old queen has experienced problems getting around that have forced palace officials to make decisions about her travel on a day-to-day basis.

Truss, 47, takes office a day after the Conservative Party’s 172,000 members elected her to lead their party.

On Tuesday afternoon, she is expected to make her first speech as leader of a nation of 67 million people who are anxious about soaring energy bills and a looming winter of recession and labor unrest. Those problems have festered for the past two months, because Johnson had no authority to make major policy decisions after announcing his plan to step down.

Bronwen Maddox, director of the international affairs think tank Chatham House, said Truss will have to say “an awful lot more” to reach the wider electorate.

Unlike Johnson, who made himself a media celebrity long before he became prime minister, Truss rose quietly through the Conservative ranks before she was named foreign secretary, one of the top Cabinet posts, just a year ago.

Truss is under pressure to spell out how she plans to help people and businesses struggling to pay energy bills that are due to rise next month to 3,500 pounds ($4,000) for the average household — triple the cost of a year ago.

The price spike, driven by Russia’s invasion of Ukraine and the aftershocks of COVID-19 and Brexit, has propelled U.K. inflation above 10% for the first time in four decades. The Bank of England forecasts it will hit 13.3% in October, and that the U.K. will tip into recession by the end of the year.

The first task for Truss will be to appoint a Cabinet to tackle the government’s mountain of challenges.

Kwasi Kwarteng, who was business secretary in Johnson’s government, is favorite to be named to the key job of Treasury chief. Like Truss, Kwarteng is a free-marketeer in the mold of 1980s Conservative Prime Minister Margaret Thatcher. But the scale of the economic crisis may mean he and Truss have to quash their small-state instincts and spend billions to help people pay their bills.

Writing in the Financial Times on Monday, Kwarteng said a Truss government would “take immediate action … to get families and businesses through this winter and the next.” He, too, did not supply any details.

Truss and her new Cabinet also face multiple foreign policy crises, including the war in Ukraine and frosty post-Brexit relations with the European Union.

As foreign secretary Truss was a firm supporter of Ukraine’s resistance to Russian invasion, and as prime minister she will continue the U.K.’s civilian and military support for Kyiv. She has said her first phone call with a world leader will be to President Volodymyr Zelenskyy.

She has also pledged to boost U.K. defense spending from just over 2% to 3% of gross domestic product — another expensive promise.

She’s likely to have much cooler conversations with EU leaders, who have been annoyed by Truss’s uncompromising stance as foreign secretary in talks over trade rules for Northern Ireland, an unresolved Brexit issue that has soured relations between London and Brussels. With the U.K. threatening to breach the legally binding divorce treaty, and the EU launching legal action in return, the dispute could escalate into a trade war between the U.K. and the 27-nation bloc.

“A lot of the key decision makers are trying to reach out and give a signal to Liz Truss that if she decides to change course to a more positive one in terms of trying to find a sensible compromise with the EU, that we can find a way forward on this issue,” he said.

Susie Blann contributed to this story.