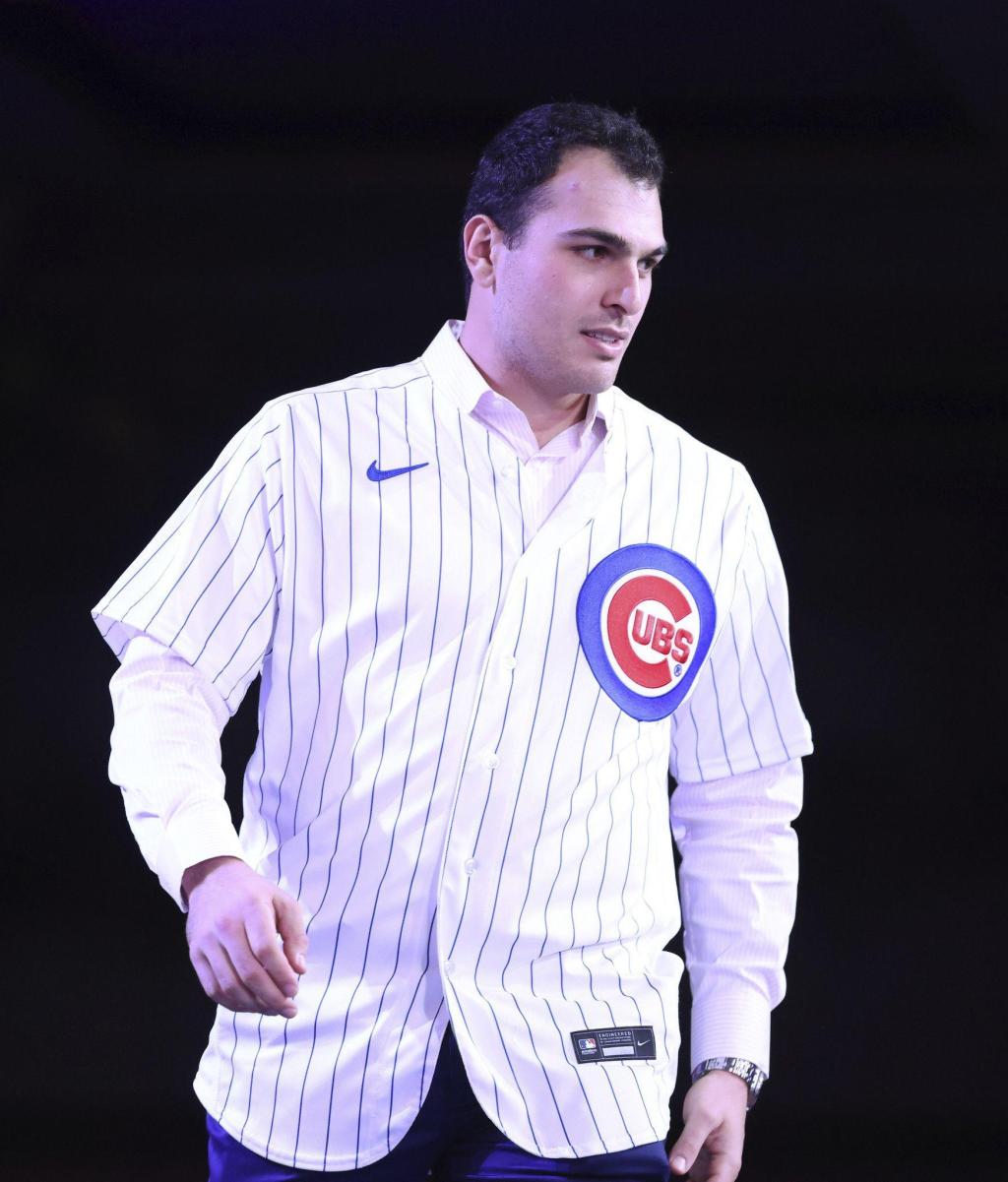 He believes it’s a wide-open division, which made the Chicago Cubs an attractive destination between his familiarity with some of the coaching staff and their offseason additions.

“When you look at the team, you look at the middle of the field with Nico (Hoerner), Dansby (Swanson) and then Cody (Bellinger) out there in center and you just say, ‘Wow, that’s a heck of a defense right there,’” Hosmer said over the weekend at the Cubs Convention.

Hosmer, 33, is coming off a challenging year that included a trade from the San Diego Padres and offensive inconsistency coupled with a low back injury that limited him to 14 games with the Boston Red Sox.

Hosmer called it a crazy situation to leave San Diego when “you really don’t expect to get traded and you get traded.” He initially was going to be dealt to the Washington Nationals, but a no-trade clause in his contract allowed him to veto the deal.

The Red Sox released him after the season, leading to a one-year contract with the Cubs. Hosmer will get opportunities at first base and designated hitter.

“It’s kind of like a new life, and you want to make the most of every opportunity — and for this opportunity for me personally, I feel like it’s a great one,” Hosmer said. “The main thing everyone says, especially around the league, is when you play at Wrigley Field it feels like the state championship every game. It’s just a different energy. It’s a different atmosphere.

“Maybe (a change of scenery) is a good thing. I didn’t play much baseball in the second half of last year. I was hurt in Boston and carried that to the end of the offseason. So that’s a good reset for me. And now to parlay that with signing here in Chicago, that’s enough motivation as you can have.”

The Cubs have been active among the top talent as the international amateur signing period began Sunday.

Cubs first base prospect Matt Mervis is preparing for an atypical spring training.

Mervis was included on Team Israel’s preliminary expanded roster for the World Baseball Classic, and he expects to play in the tournament after getting clearance from the Cubs. Israel general manager Peter Kurz indicated to Mervis he will be on the final WBC roster.

“It’s really exciting for me, it’s an honor for me and I want to make my family proud, I want to make Team Israel proud,” Mervis said. “Getting that experience playing in a big environment like that, I mean, it’s in Miami, so their crowds are going to be loud and excited.

“It was really a no-brainer for me. The only thing I had to consider was if the Cubs wanted me to leave or were willing to allow me to leave Arizona and go have that experience, and they supported me and allowed me to make the decision.”

Mervis is not stressing about trying to prove he deserves to be on the Cubs’ opening-day roster.

“I’m going to approach it how I did during the season and just try to wake up every day and have a good day of baseball,” Mervis said over the weekend. “I’m not going to put any extra pressure on myself trying to make the team by having a great game and spring training because those guys are smarter than that. They’re not going to see me hit a home run or whatever and say, yeah, he’s ready to go. Obviously they’re going to do a little bit more work than that and evaluate things however they need to.”

The additions of Hosmer and Trey Mancini likely will prevent Mervis, 24, from starting the season in Chicago. He could get a shot at some point in 2023, especially if he gets on a roll and puts up the numbers he did last season, when he tallied 40 doubles, 36 home runs, a .379 on-base percentage and a .984 OPS in 137 games as he progressed through three levels.

Owen Caissie confirmed Saturday he is on Team Canada’s preliminary WBC roster. The 20-year-old outfielder found out about two weeks ago he would be included on the initial roster.

“I’m just really excited for the opportunity to represent my country,” Caissie said. “I was hopeful. I knew it was a possibility. But as soon as I got the call, I was pretty happy.”

Team Canada will work out at the Cubs facility in Mesa, Ariz., in the lead-up to WBC pool play, which begins March 11 for that group. The Cubs will play Team Canada in an exhibition game March 8 at Sloan Park.

Leave Britney alone: Pop queen’s vulnerability after years of trauma is exactly why she deserves some space