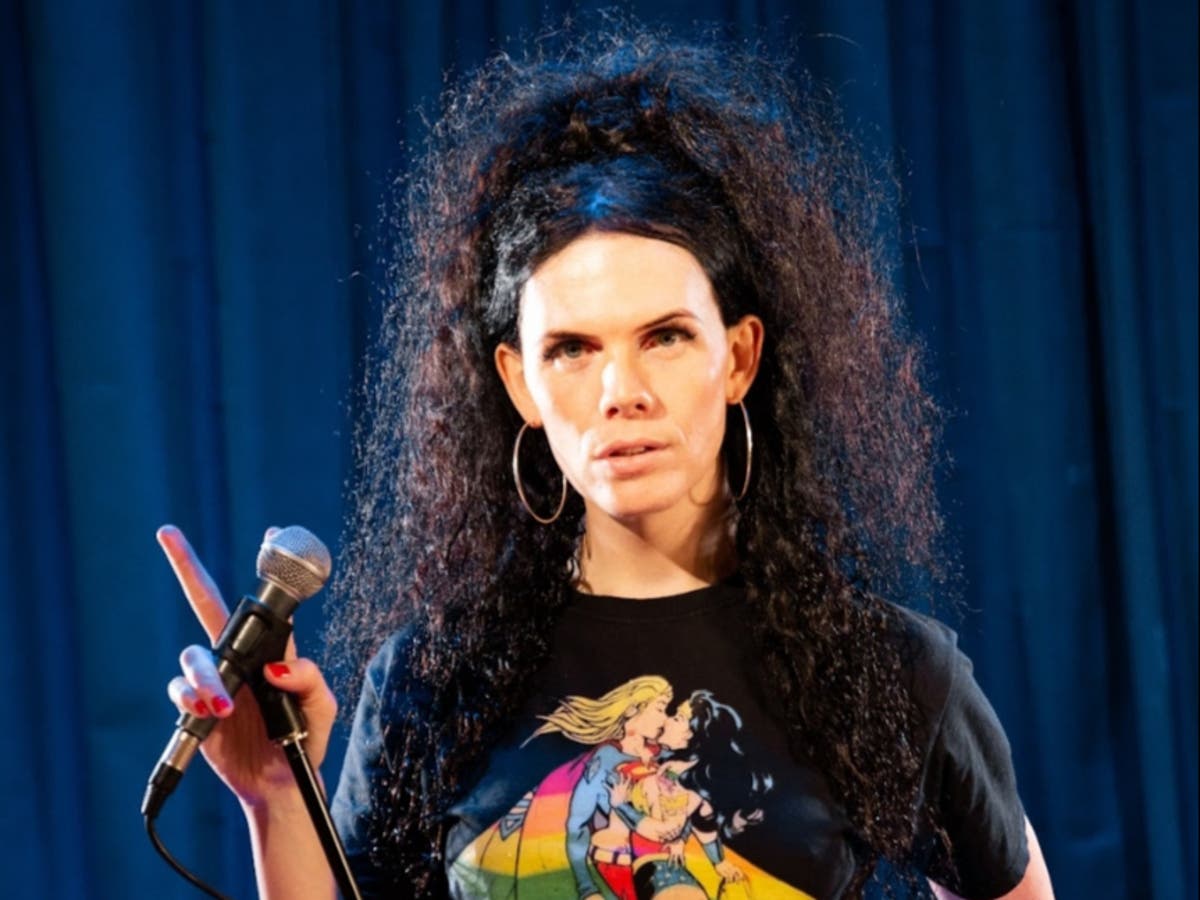 Only one person is apparently unimpressed with Jordan Gray at this year’s Fringe: God. The comedian’s sold-out run has been met with rave reviews, but on the day I see her show, Is It a Bird?, the heavens dramatically open, flooding the stage at her Assembly George Square venue. Once the performance finally starts, it’s with a bucket in the middle of the stage catching drips and an electric keyboard threatening to cut out at any minute. Still, it doesn’t stop Gray. “God can’t hate me that much,” she cackles.

As the title suggests, superheroes are the subject of Gray’s whip smart Fringe debut. Her central thesis is that bats are “barely a Halloween” decoration, let alone scary enough to warrant a caped crusader being named after them, but the musical comedian interweaves an exceptionally broad range of other topics. Religion, Ricky Gervais’s love of animals and the culture wars are all touched upon.

The thread connecting it all? Gray’s identity as a transgender woman. That’s the other meaning of the title, she explains – “is it a bird?” is the kind of catcall she gets in her hometown of Essex. Her identity is largely mined for comic effect: she jokes that she’s a “sexual Swiss army knife”, and sings about being an “enticing little mystery in your husband’s browsing history”.

Integrating original songs into a comedy show isn’t a new idea, but Gray is the master of it. After all, she was a musician before a comedian (Gray appeared on The Voice in 2016). She can improvise on piano while dancing, distorting her face and, at one point, crouching on her stool with one leg in the air. Cries of “I’m so f***ing talented” and “that is a f***ing amazing rhyme” are, quite frankly, justified.

Other reviews have explicitly mentioned the twist in Gray’s show. I won’t do that, for the sake of the two remaining Fringe-goers who’ve not had it spoilt yet – all I’ll say is that it takes Gray’s confidence to its natural conclusion and is as shocking as it is hilarious. But there’s vulnerability too. In the final moments, Gray hunches over her piano, almost-whispering the words: “If I’m gonna be a joke then I might as well be in on it” and laying herself bare. It is tender, warm and emotional.

A friend told me that her mum went into Is it a Bird? with scepticism towards trans issues, but left understanding, for the first time, what the community actually goes through. It would be easy to think that Gray’s work is light-hearted, crass and fun – because it is. But it can, and will, change opinions and lives.