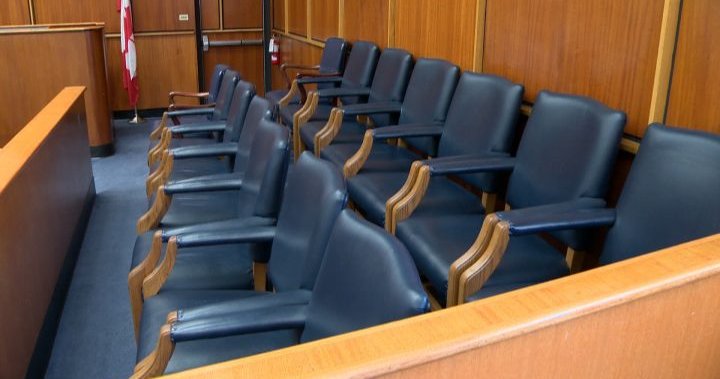 The wait has finally come to an end for jurors seeking mental health help related to their trial experience after a law passed last year officially came into effect Monday.

Under the new law, jurors are allowed to disclose information about jury proceedings to health-care professionals. It received Royal Assent in October 2022.

The Criminal Code was amended under the new law to allow the disclosure of information from jury duty to those providing medical or psychiatric treatment, therapy or counselling to former jurors.

Drinking too much? New guide on alcohol consumption outlines limits for Canadians


Independent Sen. Lucie Moncion, who has pushed for years for such a law to be passed, told Global News it was “an important day.”

“Jurors can now have access to a mental health professional, which I think is very important for the integrity of the people who have to serve on jury duty,” Moncion said.

The Ontario senator suffered from post-traumatic stress disorder (PTSD) after serving on a murder trial.


Moncion said the inability to be able to talk about the evidence seen and information heard during the trial can have an impact.

“You keep everything bottled up inside of you and it’s there for the rest of your life because once you go into the jury as a juror, you don’t come out the same person at the end of the process,” she said.

Conservative Sen. Pierre-Hugues Boisvenu, a long-time victims’ rights advocate, put forward the bill in late 2021 following the federal election and it was passed by the upper chamber within two weeks. It then went to the House of Commons and finally passed in September 2022.

Moncion said the time it took was, in part, possibly due to awareness, but believes once the House of Commons justice committee studied the issue and recommended a national approach for juror support to be implemented, it “came forward as a need.”

A bad mood can make you better at work, scientists claim