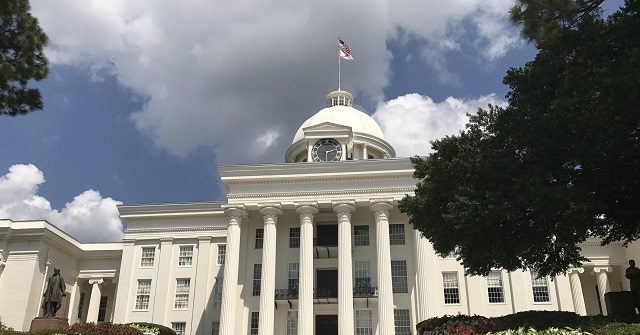 Wednesday, Eagle Forum of Alabama revealed the organization had received a subpoena that demanded “all information related to the non-profit’s legislative activities promoting the Alabama Vulnerable Child Compassion And Protection Act (VCAP) since 2017.”

The Alabama Vulnerable Child Compassion And Protection Act (VCAP) (SB184) was passed by the state’s legislature earlier this year, and it was the subject of criticism by the White House immediately after Gov. Kay Ivey (R-AL) signed it into law.

The law prohibited the prescription of transgender conversion therapies for minors.

In May, U.S. Judge Liles Burke of the Northern District of Alabama issued a preliminary injunction to stop the state from enforcing the ban as a court challenge proceeds.

However, the Biden Justice Department is now seeking details on any lobbying or advocacy by Eagle Forum of Alabama as part of that court challenge.

“At stake here is the ability of all private citizen advocates and non-profit advocacy organizations to engage in the legislative process regardless of their viewpoint,” Kristen A. Ullman, president of Eagle Forum, said in a statement. “If the DOJ can weaponize a subpoena, any American can be unduly burdened and prevented from engaging in our democratic republic form of government. Freedom of speech and freedom of association will be squelched.

“This unprecedented, massive demand by the DOJ for information unrelated to the issues before the court is a blatant attempt to intimidate and silence a non-party organization and crush its Constitutionally-protected rights to educate others, petition the government, and speak freely. This harassment must be stopped. It’s a shot across the bow of people and groups engaged in the legislative process throughout the nation. If the Department of Justice doesn’t like your viewpoint, it may target you next.”

“After hearing from citizens in Alabama, including parents, doctors, lawyers, and guidance counselors, about their concerns for otherwise healthy children who want to transition to the opposite sex, we decided to undertake the protection of these vulnerable children and have done so publicly and ardently,” she said in a release. “Eagle Forum of Alabama operates primarily by volunteer Alabama citizens. The right to engage in these activities, free of compulsion and harassment, must be preserved.”

Kellyanne Conway says Trump “wants his old job back,” and would like to…