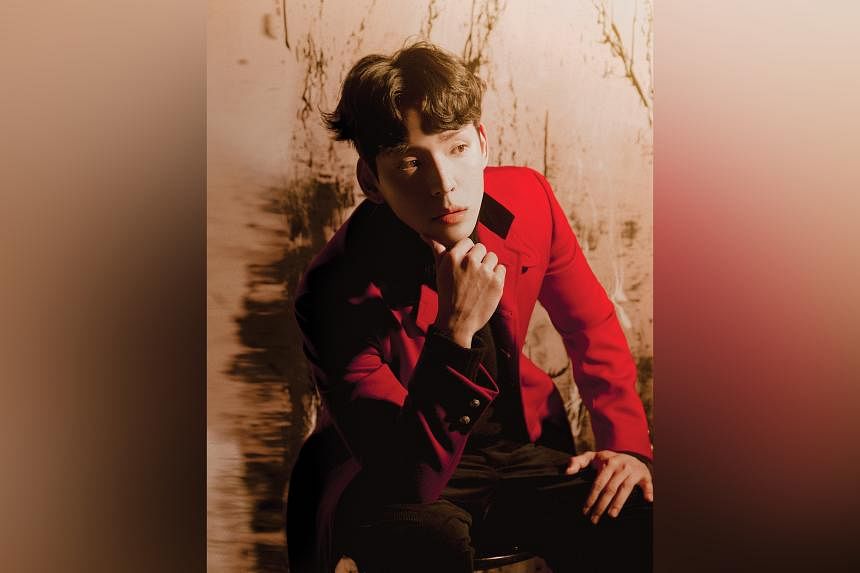 This article first appeared in Harper’s Bazaar Singapore, the leading fashion glossy on the best of style, beauty, design, travel and the arts. Go to harpersbazaar.com.sg and follow @harpersbazaarsg on Instagram; harpersbazaarsingapore on Facebook. The January 2023 issue is out on newsstands now.

SINGAPORE – If not for his nascent thespian career, Kang Hyung-suk would love to travel more.

The 31-year-old South Korean actor is envious of friends who spend six months working, then take the rest of the year off to explore different parts of the world.

“Sometimes, I envy the freedom that my friends have by not being tied up by something. I think it is important that you do not put your entire being just into work,” he says. “Think about what you need and do just enough.”

That said, the rookie actor, who made his debut in the 2019 K-drama Crash Landing On You, is not complaining.

Being an actor has always been his dream. He recalls attending many theatre productions with his father, who majored in theatre in university. It sparked his interest in pursuing an acting career from a young age.

“So, now that I am doing this job, I am really very thankful. Acting is very fulfilling because I get to express myself through my craft and share it with the audience. Plus, I get to experience many things that I might not be able to in real life.”

Kang, whose latest small screen appearance was in the romantic drama Love In Contract (2022), has mainly had supporting roles so far. That is, until his recent role in the movie Ajoomma (2022), where he is one of the lead actors.

Helmed by celebrated Singaporean auteur Anthony Chen and directed by first-time Singaporean film-maker He Shuming, the film is the first co-production by Singapore and South Korea.

Kang is Kwon-woo, a tour guide whose personal problems inadvertently cause the middle-aged housewife played by veteran Singaporean actress Hong Huifang – the ajoomma (auntie in Korean) of the film’s title – to be stranded alone on a dark winter’s night.

One of the best things about working on this production, Kang says, is that it allowed him to flex his Mandarin. He picked up the language while living in China for three years as a teenager, thanks to his father’s work posting to Qingdao.

A self-professed old soul, Kang loves watching old Hong Kong movies and listening to old Chinese songs. One of his favourites, he says, is the classic love song The Moon Represents My Heart by the late Taiwanese singer Teresa Teng.

Although his fluency in the language and familiarity with Chinese film and music worked to his advantage, he still had jitters about shooting Ajoomma.

“I was really worried because, obviously, there were cultural and language differences,” he says. “Before that, I wondered how we would communicate with one another because I felt that my Mandarin was not good enough.”

His concerns were assuaged once filming was under way. Throughout the production, he found that the communication among the cast members was smooth, with some help from a translator on set.

In fact, words were not always necessary. “It was very interesting how we were able to understand one another just by looking at each other. It was as if our hearts and minds were one,” Kang recalls.

The film has attracted a lot of attention since its world premiere at the 2022 Busan International Film Festival in October.

It garnered four nominations at the 59th Golden Horse Awards, though it did not win in any of the categories. It was also selected as Singapore’s entry for the Best International Feature Film category at the Academy Awards in March, but failed to make the shortlist.

Despite the positive buzz, Kang is surprised at the reception he is getting from Ajoomma, especially from Singaporeans.

He did not expect the warm welcome he received when he was here for the film’s gala premiere at the Capitol Theatre in October.

“To have people cheering and asking for autographs is very new to me, and it is very exciting,” he says.

Getting dressed up for the red carpet is also a novel experience. He says his off-duty look leans more towards comfortable athleisure, but embarking on the film’s promotional tour challenged him to put in more effort.