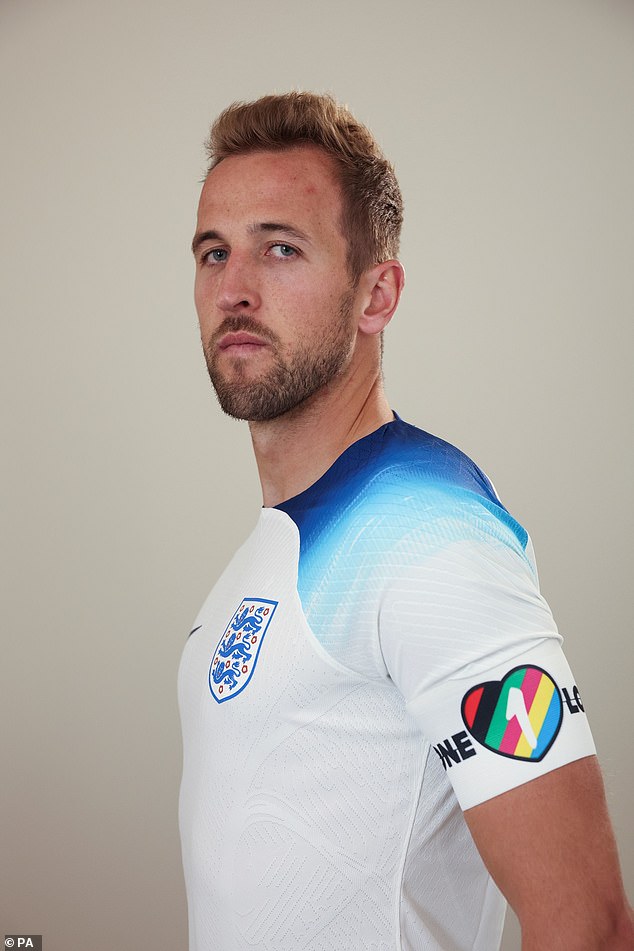 Revealed: Harry Kane and other World Cup captains would not even have been allowed on the PITCH if they had worn OneLove armbands

By Rachael Bunyan For Mailonline

England captain Harry Kane and other World Cup captains would not even have been allowed on the football pitch if they had worn their OneLove armbands during the World Cup, it has been revealed.

England’s football team had been planning to wear the LGBTQ+ armband along with six other European teams such as Germany and Denmark at the Qatar World Cup before FIFA threatened to hand out yellow cards to players.

And now, it has emerged that the sanctions would have been much harsher than first thought.

Kane, Wales captain Gareth Bale and the other five skippers would have been prevented from entering the pitch wearing the OneLove armband, it is understood.

It comes after it was revealed that six FIFA officials were sent to the England’s football team’s headquarters on Monday ahead of their match against Iran to threaten ‘drastic sanctions’.

The German Football Association (DFB) claimed earlier this week that England and other teams were faced with ‘extreme blackmail’ or ‘massive sanctions’ that led to them dropping the gesture.

Germany protested against FIFA’s stance by covering their mouths for a team photo before their match against Japan on Wednesday, to highlight how they felt silenced.

It is unclear what England will do when they face the United States on Friday evening. 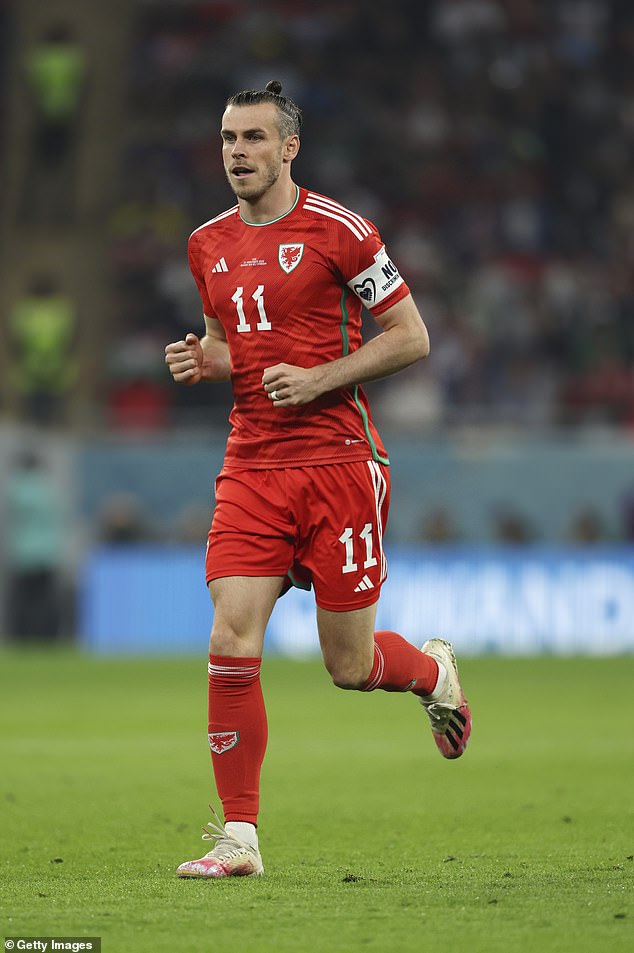 Kane, Wales captain Gareth Bale and the other five skippers would have been prevented from entering the pitch wearing the OneLove armband, it is understood

Sanjay Bhandari, the chair of the Kick It Out campaign against discrimination in football, responded to a tweet suggesting the OneLove captains faced ‘unlimited liability’ over the armbands and wrote on Twitter: ‘What FIFA did is beyond failing to live their values and is a sinister abuse of power designed to silence – hence the German gag protest.

‘I guess if you hang around with autocratic dictators long enough, you start picking up some of their habits.’

FIFA president Gianni Infantino received an Order of Friendship medal from Russian president Vladimir Putin in 2019, and has been accused of bowing to the sensitivities of the Qatari state over the sale of alcohol at stadiums during the World Cup and in the armband row.

He also spoke in an extraordinary press conference last Saturday about how he had tried to take Women’s World Cup matches to North Korea.

The Football Association has rejected the suggestion chief executive Mark Bullingham skipped a meeting with FIFA where armbands were discussed in October. 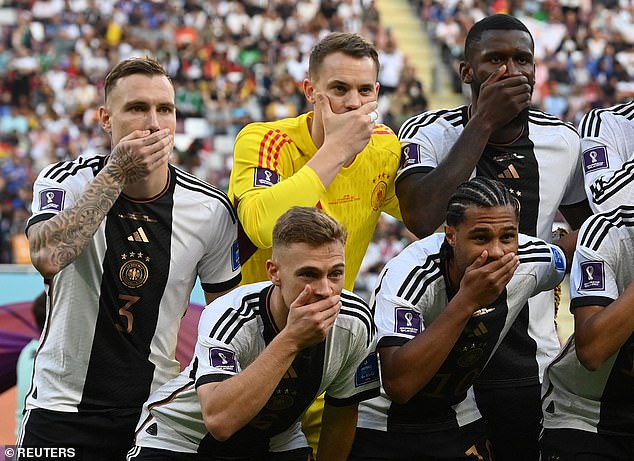 Germany protested against FIFA’s stance by covering their mouths for a team photo before their match against Japan on Wednesday, to highlight how they felt silenced

But it was not a full meeting of the working group and was called at short notice, with Bullingham committed to addressing 800 FA staff at a conference in person for the first time in two years due to the Covid-19 pandemic.

The meeting was to discuss a range of outstanding issues, of which the armband was only one. The group was also seeking clarity on commitments related to a migrant workers’ support centre and compensation fund, and reassurances over the safety of LGBTQ+ fans in Qatar.

While the FA and other OneLove countries had not been given a clear answer, they arrived in Qatar braced for off-field sanctions in the shape of fines for wearing the armband.

That remained the position until Sunday, when rumours began to circulate that sporting sanctions would be imposed instead, something that was confirmed to the associations by FIFA on Monday.

‘The meeting on October 12 was never a full meeting of the UEFA working group,’ the FA said.

‘It was a short-notice meeting with FIFA to try to resolve all the outstanding issues, of which the armband was one. Three countries represented the group at the meeting and the armband issue was not resolved.’

Paramedic unknowingly treated her own 17-year-old daughter in deadly crash: “I did not even recognize her”