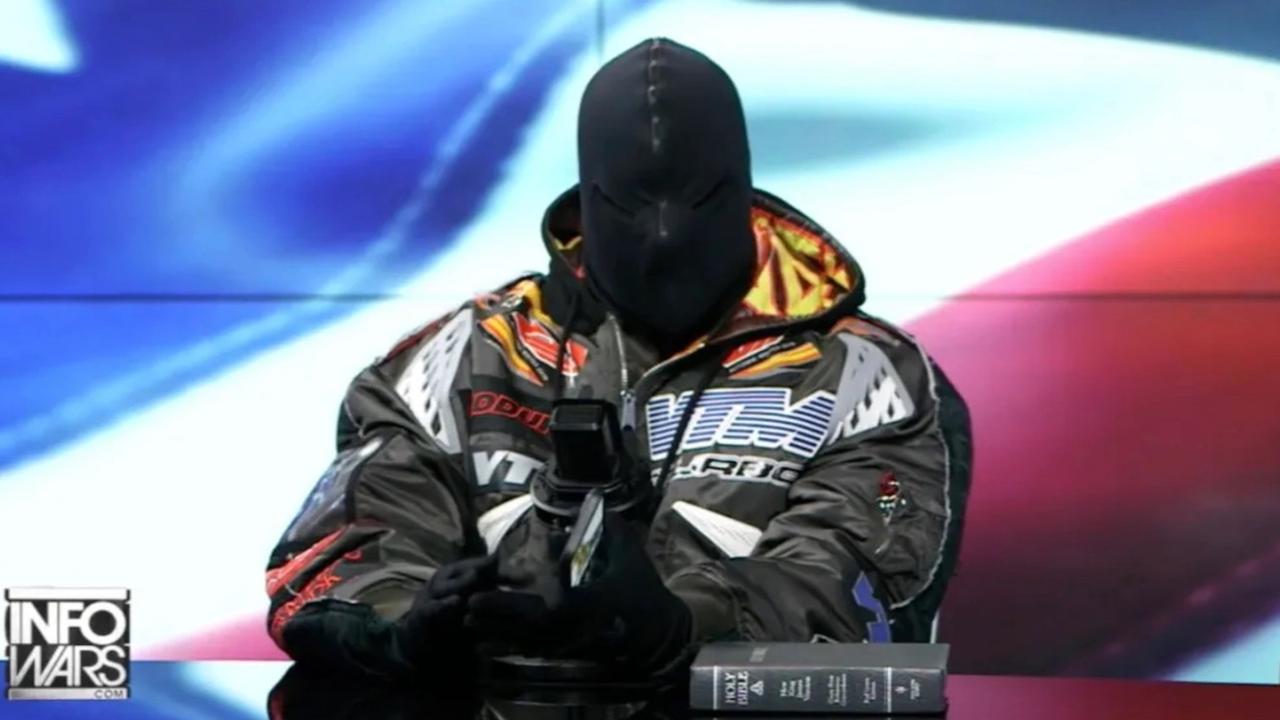 Kanye West praised Adolf Hitler and unleashed an anti-Semitic diatribe while wearing a black hood that covered his face and head during a bizarre appearance with InfoWars host and conspiracy theorist Alex Jones on Thursday.

“I see good things about Hitler, also,” the rapper who changed his legal name to Ye told Jones, the NY Post reports.

“Every human being has value that they brought to the table, especially Hitler. I was thinking about Satan. Whether it’s the Zionists or Hitler — it’s not the person. It’s Satan using the people, who are controlled by demonic forces.”

Ye elaborated, telling Jones, “The Jewish media has made us feel like the Nazis and Hitler have never offered anything of value to the world. Meanwhile, there’s all of these things that are happening.”

Ye went on to mention that Planned Parenthood was engaged in “New World Order population eugenics that is happening to this date”.

The rapper then went on to read anti-Semitic jokes that a comedian made about Ben Shapiro, the conservative commentator and podcast host.

“Shapiro can tell just how much change is in your pocket from hearing a jingle,” Ye read from his phone.

Fuentes, who works for Ye’s 2024 presidential campaign, accused Florida Governor Ron DeSantis of “being mopped up with Israel and the Mossad”.

“If I say something derogatory about the Mossad, is that mossa-gynistic?” Ye joked.

Jones lightly pushed back on Ye, telling him, “I think most Jews are great people. But I agree there’s a Jewish mafia.”

Jones added, “I’m not on that whole Jew thing.”

Ye replied that “his accounts were frozen” and that he was threatened with prison time.

Jones accused Planned Parenthood of being an “abortion mill” that plays on “white guilt” in order to “help us kill black people” by soliciting donations from white people.

“What type of freakish crazy world is that?” Jones said, turning to Ye.

Earlier this week, Ye walked out of an interview with right-leaning podcaster Tim Pool after Pool pushed back on the rapper’s previous anti-Semitic conspiracies alleging Jewish control of the news media.

Before the contentious portion of the interview, Ye opened up about his finances.

He told Pool that the Internal Revenue Service has put a hold on four of his bank accounts because the rapper owes the federal government $US50 million in taxes.

Ye has generated considerable amounts of negative publicity in the past two months that has cost him lucrative partnerships with top brands including Adidas and Gap.

Adidas, the Germany-based sports apparel maker, announced last week it was launching an internal investigation over claims that Ye, who partnered with the company in selling his Yeezy brand of clothing and shoes, showed pornographic material to staffers.

Adidas cut ties with Ye last month after the rapper unleashed a bizarre anti-Semitic tirade on social media. Gap, another corporate partner that sold Ye’s apparel line, also dropped him in the wake of his incendiary remarks.

Ye and Adidas partnered up to sell his Yeezy shoe line back in 2013.

The company faced criticism for not divorcing the former billionaire sooner, which many chalked up to the fact that Ye-branded shoes raked in almost $US2 billion in sales last year for Adidas, according to Morgan Stanley.

Ye’s terminated partnerships have reportedly cut his net worth from an estimated $US2 billion to a comparatively paltry $US400 million, according to Forbes.