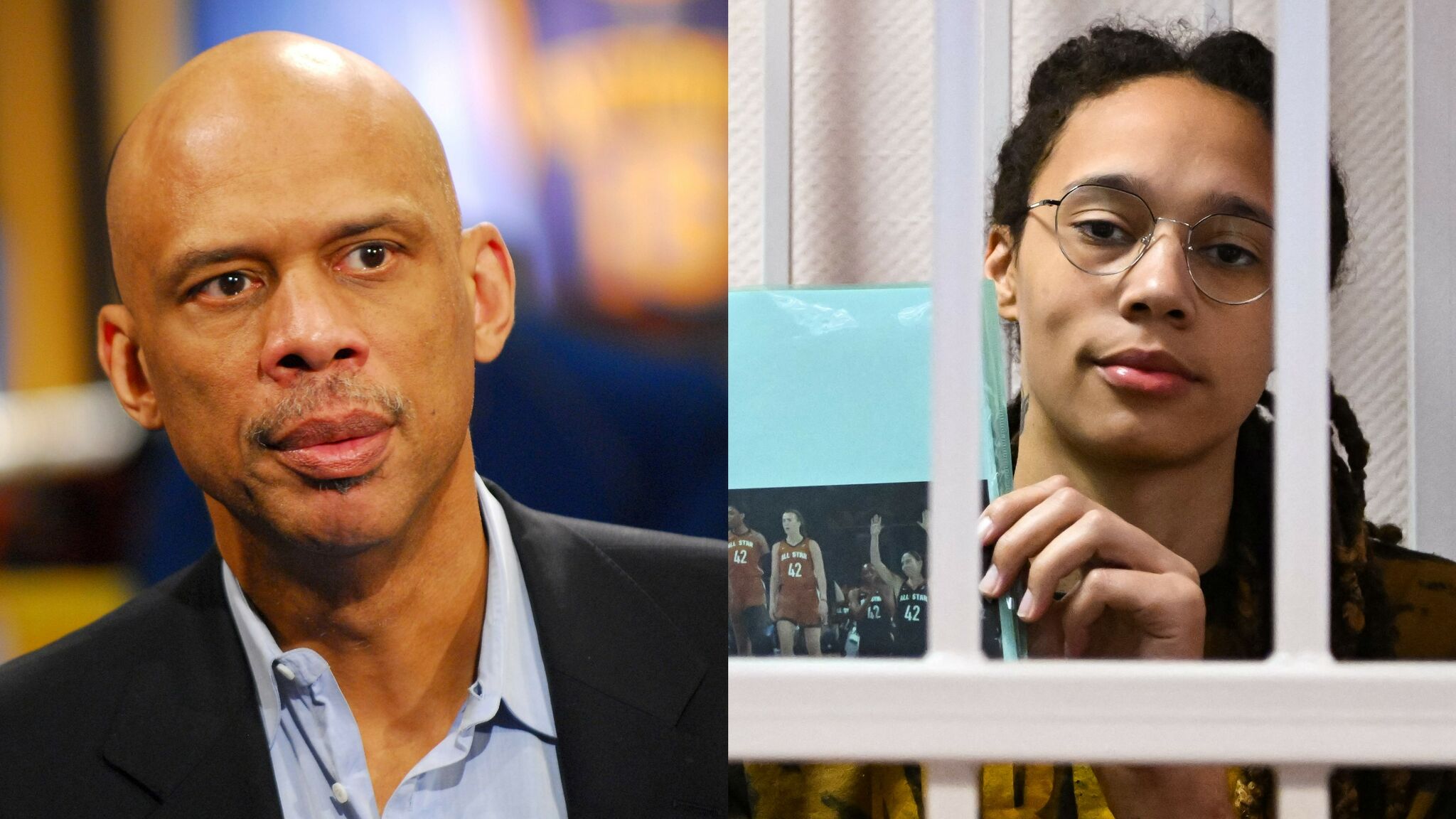 Six-time NBA champion Kareem Abdul-Jabbar is calling on Brittney Griner’s supporters to put pressure on Russia, not the U.S. government, to release the WNBA All-Star and other imprisoned Americans in Russian captivity. On Tuesday the NBA legend published a lengthy blog post suggesting that while well-intentioned, the public outcry on behalf of the Houston native could actually hurt her chances for freedom.

Abdul-Jabbar argued that in other instances, such public pressure would make sense, but not in Griner’s situation. “If a social rights activist is being imprisoned in Selma for protesting or there’s a shady police shooting of an unarmed Black person in New York, then such celebrity calls to action might be effective,” he wrote. “That’s because we live in a country where those in power need votes and sometimes shining a spotlight on them can bring power.”

The 19-time NBA All-Star argued this approach isn’t helpful to someone in Griner’s position.

“When we demand our country negotiate Griner’s release right now regardless of the cost, that only strengthens Russia’s negotiating position,” Abdul-Jabbar wrote. “Imagine being in a room negotiating with someone while outside the people you represent are shouting, ‘Give them whatever they want!'”

In reference to rumors of a potential prisoner exchange to release Griner, Abdul-Jabbar encouraged the public to allow the process to play out without interfering. “Unless I see evidence that government negotiators aren’t already doing their job, I wouldn’t presume to tell them how to do it—or give them a timeline,” he wrote.

Abdul-Jabbar wrote that Griner’s supporters should focus their efforts on putting pressure on Russia rather than the U.S., arguing pressuring American officials might postpone Griner’s release while the government “deals with Russia’s outrageous demands.” He added: “Everyone supporting Brittney Griner has their hearts in the right place. Good people, one and all. But heart alone isn’t effective in bringing about her release, and by publicly pressuring the U.S. government, we may be inadvertently delaying her release.”

The two-time NBA Finals MVP wrote that Griner’s supporters also make the same effort in demanding the release of other Americans imprisoned in Russia, including Paul Whelan, in order “to prove it’s not just celebrities that we value.”

Griner has been detained in Russia for the past five months. She was arrested at a Moscow airport in February after authorities found vape cartridges containing cannabis oil in her luggage at an airport in Moscow. Earlier this month, she pled guilty to the charge.

Abdul-Jabbar opined that Griner’s arrest was politically motivated, as it happened a week before Russia invaded Ukraine. “Russia wanted a bargaining chip because they knew which side we would fall on and the amount of pressure the U.S. would bring to the bear against them during the war,” he wrote. “Now they had a celebrity to dangle.”

Abdul-Jabbar also defended comments made by LeBron James in his HBO Max show The Shop, in which Los Angeles Lakers star said Griner should reconsider returning to the U.S. after being detained in Russia for so long. James faced backlash for the comments, including from NBA player Enes Kanter Freedom who tweeted: “You are free to leave buddy or you can even volunteer for an exchange for her.”

“In this case, James is right,” Abdul-Jabbar wrote. “James has demonstrated his unwavering commitment to community and country too many times to have it questioned over this. He has done as much, if not more, than most to bring awareness and gather support for Griner, and for that should be praised.”

Griner has received widespread support during her detainment. Last month, more than 40 organizations sent a letter to the White House urging President Joe Biden to negotiate for her release.

President Joe Biden on Tuesday signed an executive order aimed at securing the release of Griner and other Americans wrongfully detained abroad. The executive order says that “malicious actors,” including terrorist organizations, criminal groups and foreign governments seeking political leverage are a threat to the political system and safety of Americans.