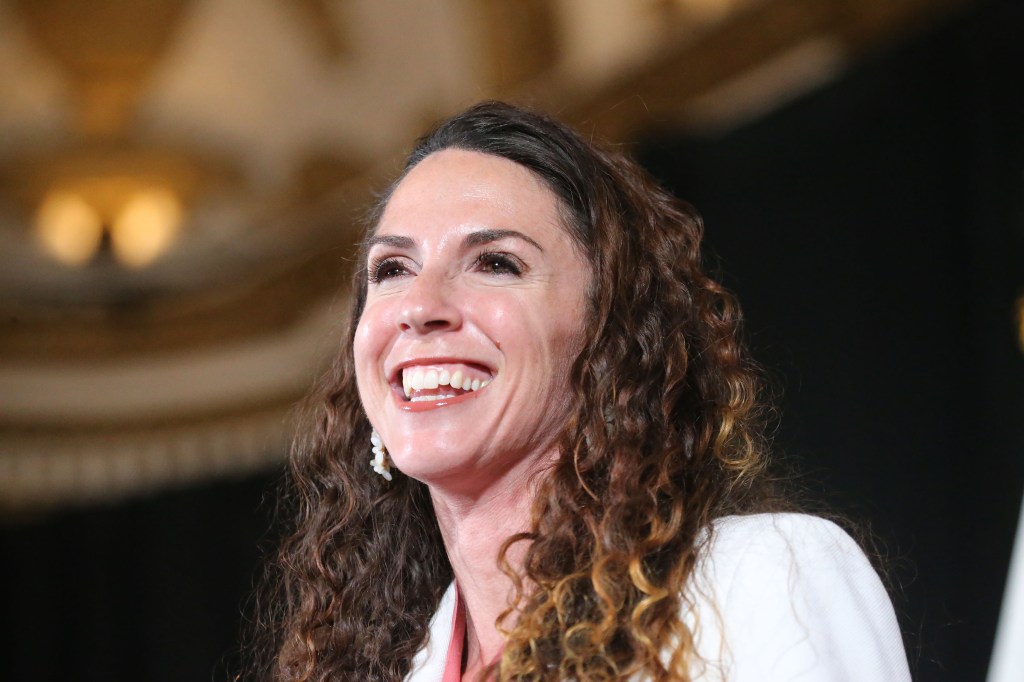 While media attention has focused on incoming Gov. Maura Healey — and rightly so — keep a lookout for Auditor-Elect Diana DiZoglio.

The incoming governor has given the new state auditor an opening she can drive a truck through. And, given the feisty DiZoglio’s fearless (some say reckless) reputation on Beacon Hill, there will be little to stop the 39-year-old DiZoglio from breaking the speed limit.

DiZoglio in January succeeds outgoing Auditor Suzanne Bump who did not seek re-election. Against all odds, DiZoglio, upon her election, hit the trifecta of politics at the State House, while stirring up controversy and making enemies along the way for her outspoken stands on issues, like sexual harassment.

These enemies include former House Speaker Robert DeLeo and his followers, who she publicly attacked, and Senate President Karen Spilka, who stripped DiZoglio of her Senate committee chairmanship as well as the extra pay that went along with it.

Under the guidance of Spilka, eight of the 12 women members of the Senate endorsed DiZoglio’s primary opponent, Chris Dempsey. Yet despite it all, DiZoglio accomplished what your average Democrat state rep only dreams about.

And she did it her way, which included thumbing her nose at a lot of politicians while fighting off a serious Democrat primary challenge from Dempsey, and then beating Republican Anthony Amore in the November election. And she did it on her own terms, which means, unlike Attorney General-Elect Andrea Campbell, she does not owe anyone at the State House anything, including Maura Healey.

Campbell, who takes over Healey’s job as attorney general in January, owes her election to Healey.

Healey endorsed Campbell and campaigned for her in a tough three-person Democrat primary. She openly referred to Campbell as “my successor.” Their closeness is also apparent in their early appointments, which come from a pool of people who worked for progressive former Gov. Deval Patrick, outgoing Republican Gov. Charlie Baker’s predecessor.

Healey also named Matt Gorzkowicz, who also worked for Patrick, as secretary of Administration and Finance, and Gabrielle Viator, her chief deputy attorney general, as her senior advisor. This intermingling of staff, coupled with Healey’s help in getting Campbell elected, is an indication of how Healey is turning the once independent office of attorney general — the state’s main government and political watchdog agency –into her lapdog.

It is the progressive’s version of the old boy network.

Meanwhile, the state’s chief independent law enforcement agency is on the verge of becoming an appendage of the new governor’s administration. This is not to say that Healey as attorney general was much of a go-getter when it came to investigating political corruption on Beacon Hill. Healey was too busy suing President Donald Trump for that. She left political corruption up to former U.S. Attorney Andrew Lelling.

All of this means that there is an opening for DiZoglio to do what Campbell will be hampered from doing, and that is to be the people’s vocal watchdog of state government by seeking out waste, fraud and abuse.

DiZoglio, a strong advocate of transparency and accountability, will head an office of some 225 people with the authority to oversee, audit and investigate all state agencies, authorities like the MBTA and Massport, state programs, and among other things, vendors doing business with the state.

Given her take no prisoners style, DiZoglio promises to wake up a sleepy office and give it meaning. The tools are there waiting for someone to use them. Just follow the money.

And she goes into the job without owing anybody anything.

Peter Lucas is a veteran Massachusetts political reporter and columnist.

A cue for success? Zimbabwe’s pool players are betting on it