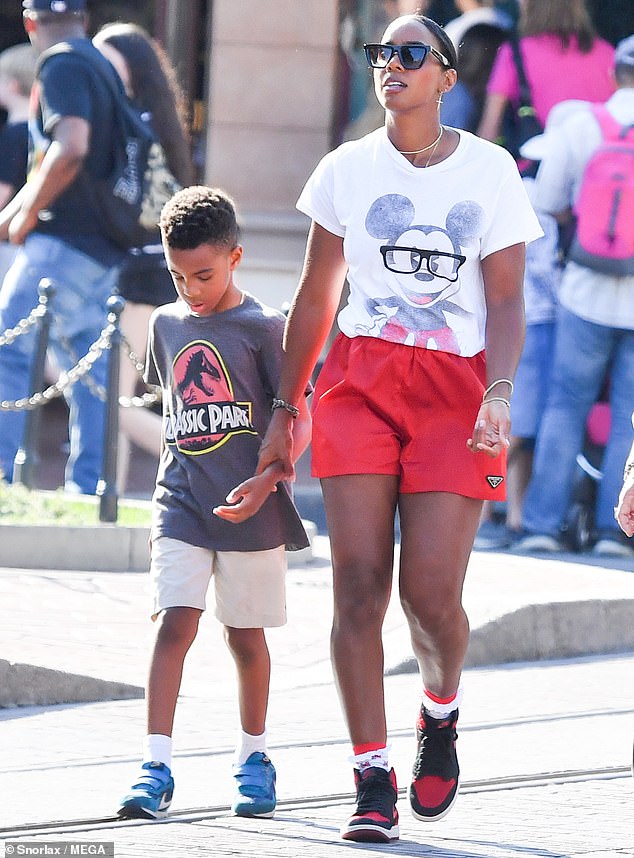 Kelly Rowland was spotted having the time of her life at Disneyland and Disney’s California Adventure park on Friday.

The former Destiny’s Child singer, 41, was pictured having an adventure-filled day with her oldest son, Titan, 7, by her side.

The beauty embraced her inner child and donned a Disney-themed outfit as she spent the day at the happiest place on earth.

Fun day: Kelly Rowland, 41, was spotted with her son, Titan, 7, as they spent the day at Disneyland earlier Friday. She rocked a Micky Mouse shirt

The Dilemma singer opted to go all out and wore a Mickey Mouse short-sleeve T-shirt. The iconic Disney character was wearing a large pair of glasses.

Kelly tucked the top into a pair of vibrant red shorts to help her stay cool under the hot summer sun.

The Coffee hitmaker slipped into a pair of red-and-black high-top sneakers to make walking around the large park as comfortable as possible. 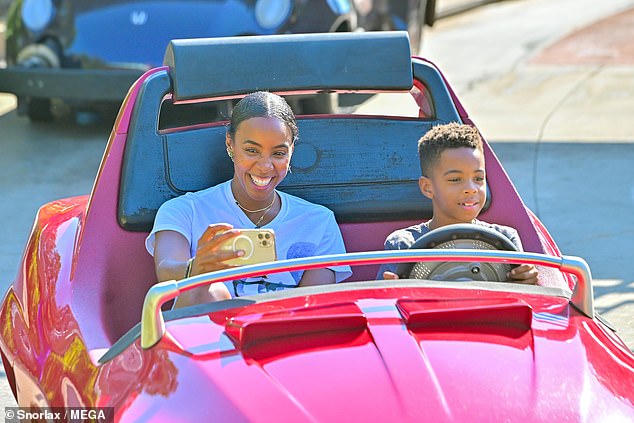 Say cheese! The singer was spotted holding her phone camera up to take a quick selfie of her son and herself as they had fun on a ride

The mom of two parted her hair in the middle and slicked her locks into an up do to keep any loose stands from falling into her face.

Kelly added a few accessories to finish her overall look, including a gold necklace and dangling earrings with a cross-shaped embellishment.

She threw on a pair of black sunglasses to protect her eyes from the bright sun. The star was seen staying close to her son, Titan, who was wearing a Jurassic Park short-sleeve T-shirt and blue sneakers.

She shares him and his one-year-old brother Noah with her husband Tim Weatherspoon. 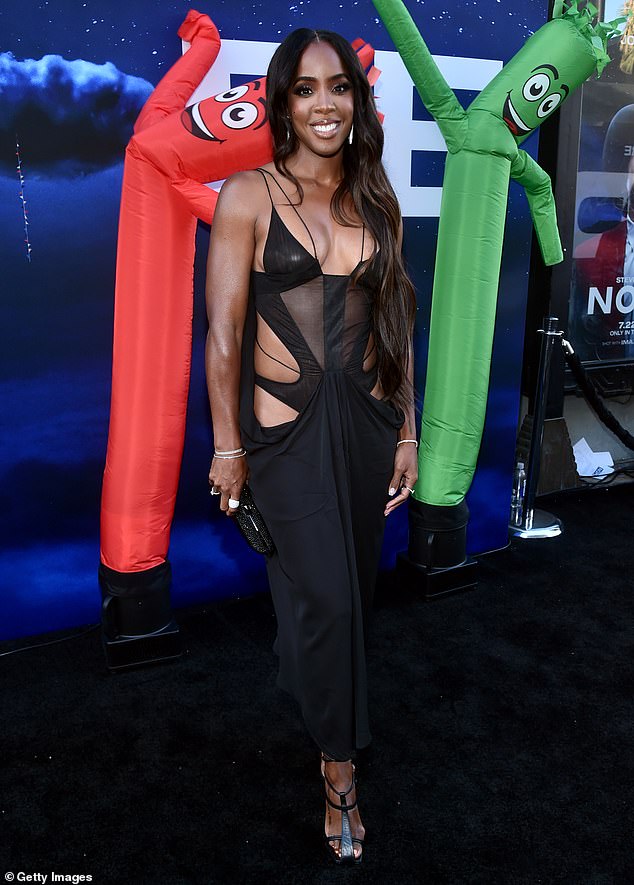 During an interview on the Today show, the entertainer discussed how important her children are to her.

‘Titan is a soul that is so special. He saved me,’ she stated. Kelly explained how her oldest son was born three weeks after her mother’s passing.

‘So, he helped me get through it. He’s a strong child,’ she added. The beauty welcomed her second son, Noah, in 2021.

‘I’m just so grateful for my kids. I really am. And everything I do, I do for them,’ she stated. 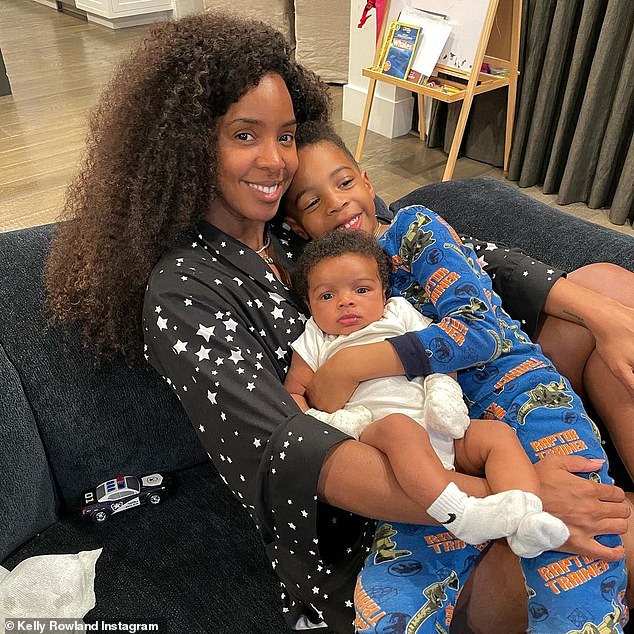 Adorable: Kelly is seen smiling in a family photo with her oldest son, Titan, and youngest son, Noah in a cute family picture 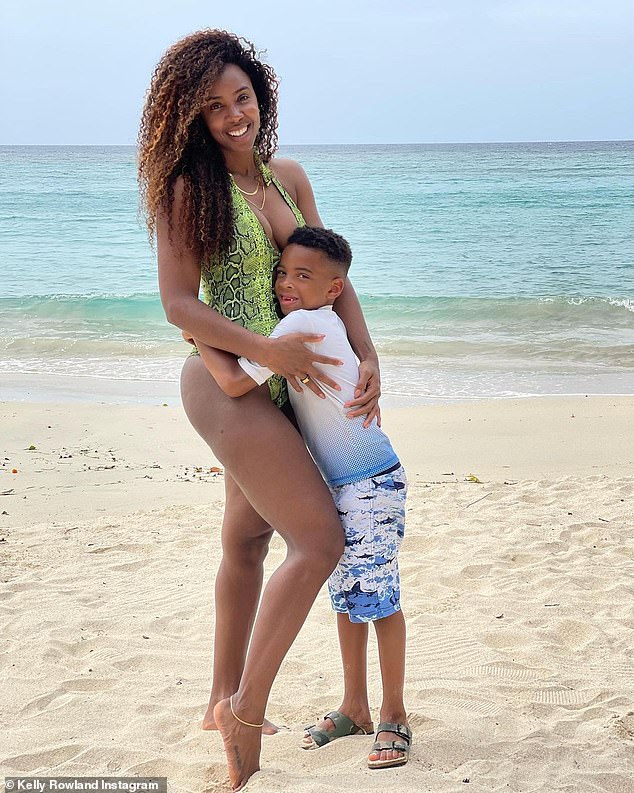 Family: In an interview on the Today show earlier this year, the mom of two expressed how important her children are to her

Kelly has taken her children on short trips to the happiest place on earth before, and has been an ambassador for the Disney Dreamers Academy, according to the official Disney Parks website.

When the Grammy award-winner is not spending time with family, she is hard at work for her career in the entertainment industry.

The singer and occasional actress has been cast in the upcoming sports comedy, Fantasy Football, reported Deadline.

The movie comes from Awesomeness Films and Nickelodeon, and will premiere later this year on Paramount+. 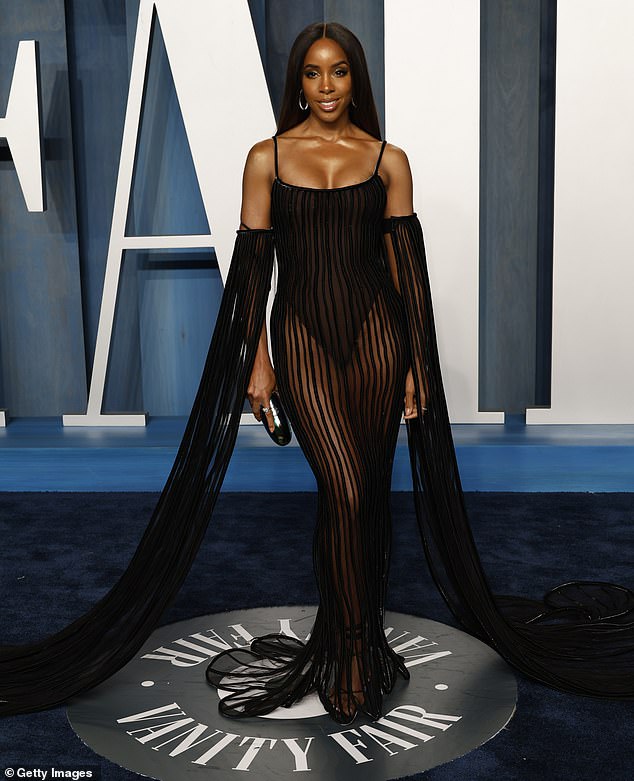 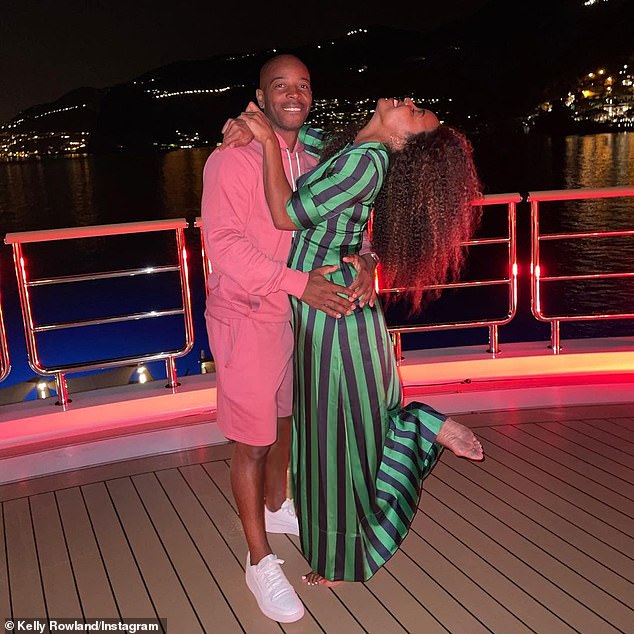 True love: The Grammy winner and her husband, Tim, announced their engagement in 2013 and said ‘I do’ in 2014

Eradication of forced labour – striking example of the political will

Shops in England banned from displaying junk food near…