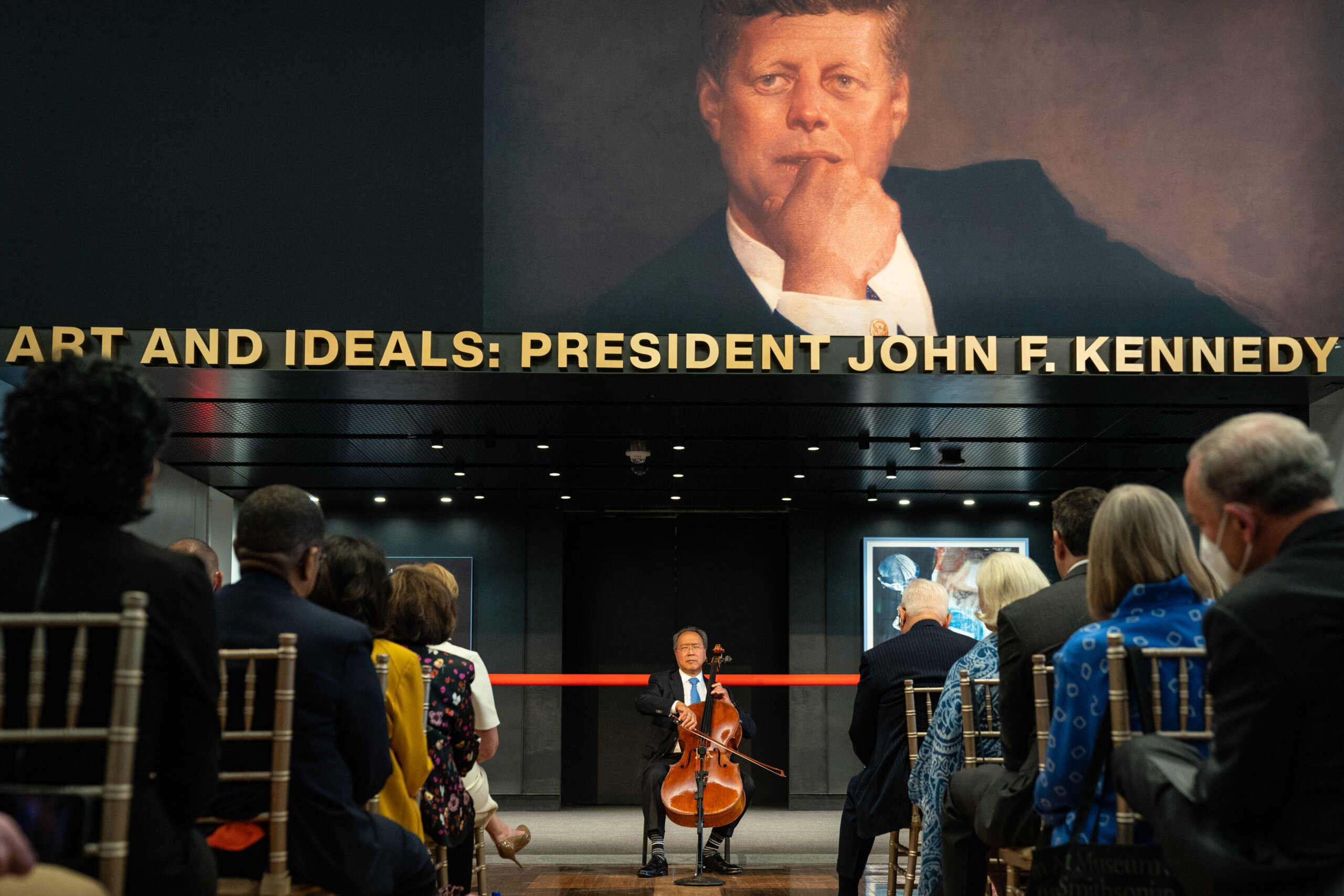 Starting soon, visitors to the John F. Kennedy Center for the Performing Arts will be able to learn more about the connection between the arts and the building’s namesake.

“President Kennedy said, ‘I see little of more importance to the future of our country and our civilization than full recognition of the place of the artist,’” Rutter told guests gathered at the unveiling,

The exhibit opens to the public on Sept. 17.

“While his spirit remains strong and present throughout the Kennedy Center, from artwork depicting his likeness to inspirational words that are etched on the walls outside, there has never been a place within the Kennedy Center to really learn about him until now,” Schlossberg said.

Emhoff shared a story about the time when he gave his parents a tour of the White House and they stopped in front of the portrait of John F. Kennedy.

“My mom and dad just looked at it in awe, and my mom said, ‘That’s our president!’”

Cellist Ma talked about the time when cellist Pablo Casals performed at the White House in 1961. “He played this piece, a folk song, called the ‘Song of the Birds,’” Ma said. A year later during the American Pageant of the Arts” in 1962, a 7-year-old Ma would himself play for then-president Kennedy.

David Rubenstein, philanthropist and Kennedy Center board member, told the crowd that he was a 10th-grader in high school when Kennedy was assassinated.

“Now with an exhibit that details Kennedy’s support for the arts and culture, my children and others will say, ‘Now I understand why the Kennedy Center is named for President Kennedy, now I can see why he deserved to have this named after him,’” Rubenstein said.

The exhibit features video clips, artifacts, audio from some of Kennedy’s speeches, including remarks on the arts and public service, the beginning of the space race, and a discussion of the foundations of the Civil Rights Act.

Another part of the exhibit allows visitors to have their own portrait painted in the style of Elaine de Kooning, who created an expressionistic portrait of President Kennedy.

All English and Scottish football fixtures postponed this weekend, and St Leger on Sunday following death of Queen Elizabeth II