Kevin McKenna: In the war of ideas, the triumph of the left is now being televised 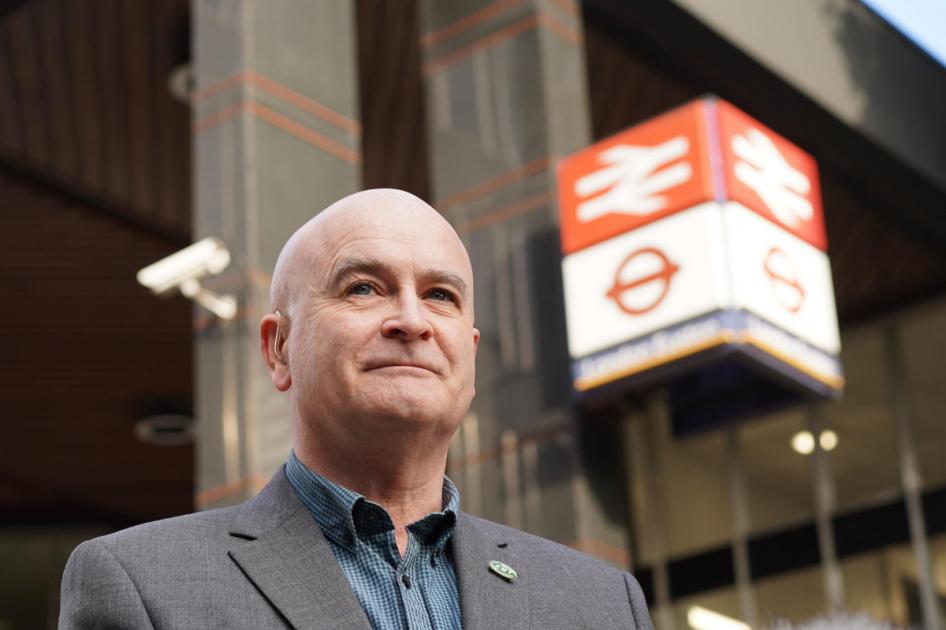 THIS late spring and early summer has witnessed the re-awakening of an old force – once thought spent – in the battleground of British politics. For the first time in generations a confident and articulate left-wing analysis has begun to emerge in the mainstream of the decisions made on our behalf. It’s successfully challenging the orchestrated wisdom of how money works in the UK and laid bare some of the fictions that governments disseminate through their chosen glove-puppets in England’s right-wing press to justify their spending priorities.

In language that everyone can understand, men and women like Mick Lynch and Eddie Dempsey of the RMT and Sharon Graham of Unite have dismantled the veneration of free-market capitalism that’s blighted our public services. Until now, this has proceeded virtually unhindered and with no serious scrutiny by the UK’s media and political elites – including those who got elected on a promise to do so.

Here’s Eddie Dempsey on the Jeremy Vine show facing down the astonishing ignorance of industrial relations that characterises British day-time television. “The FTSE top 350 companies in this country: their profits have gone up 73% since 2019. When are we going to ask if they’re being greedy?” Like his RMT colleague Mick Lynch, Mr Dempsey effortlessly dismissed the unhinged squawks of the interviewer without raising his voice.

Last month, Mr Lynch appeared on the public’s radar as he demolished the assembled packs of studio hyenas who’d been commissioned to devour him. He reduced most of them to panicky hysteria and left them flailing and gawping in his wake. Has anyone checked to see if Piers Morgan has fully recovered?

The leader of the RMT had eloquently exposed some of the truths about the true nature of Britain’s railway networks that most of the media and the Conservative government have deliberately withheld from the public: that real wages have stagnated in the industry; that a concealed nexus of corporate speculators siphon billions of pounds annually from the private companies tasked with running the trains and that an assortment of their senior executives draw down absurdly high salaries and bonuses.

Sharon Graham, who marks her first year as boss of Unite next month, had set the scene for this Summer of Truth by commissioning important research that blew apart carefully choreographed narratives around inflation. Her report, using numbers supplied by the Office for National Statistics, revealed that corporate profits rose by 12% for the six months to March of this year.

“This jump in UK-wide company profits is responsible for 58.7% of inflation in the last half year – as opposed to just 8.3% due to labour costs,” the report states.

A similar story emerges across Britain’s public and private sectors. It tells of huge increases in the profits of the largest companies accompanied by absurdly high financial rewards for an anointed caste of senior executives. It reveals how a significant percentage of these profits made by the graft of working men and women are turned into shareholder dividends. And at the first hint of an interruption in the profit-flow, tens of thousands of low-paid workers are discarded. Many of these companies insisted on claiming hundreds of millions in furlough payments.

Covid-19 was weaponised by business chiefs to justify mass redundancies and wage cuts. Yet, we now know that profits – reaching 52% – continued to increase and that the pandemic became a Klondyke for retail consortiums, energy providers and tech giants. As people died, they flourished and no windfall tax will come from their gains.

Britain has always had bright and eloquent trade union leaders and working-class activists, but in a previous age before the rise of social media their appearances and arguments were sporadic. They were easily dismissed by a supercilious broadcast and political class as hard-left dinosaurs who were probably communists.

Something of the orchestrated take-down of Jeremy Corbyn by Britain’s media and political elite was always apparent in how they were portrayed. Some of this has been evident during the RMT dispute. “Are you a Marxist,” Mick Lynch has been asked repeatedly, in a manner which implied he might be carrying a contagious disease. The scrutiny of globalist and militarist agendas is rarely as intense as that unleashed on those who represent a threat to their hegemony.

On the BBC’s global affairs programme early on Saturday morning, an analyst from The Atlantic Council was interviewed about President Biden’s decision to meet the Saudi Crown Prince Mohammed bin Salman, the man that US intelligence believes was ultimately responsible for the brutal execution of the journalist, Jamal Khashoggi. After airily dismissing any concerns about this encounter, the analyst switched to full-on US propaganda mode: important not to let the Chinese and Russians fill a Middle East void; maintain stability in the region; Iran are really the bad guys.

The Atlantic Council is provided with millions in funding by western governments to convey America’s worldview. It’s a well-resourced tool of western capitalist power which also receives funding from corporate, military and financial giants. Some familiar names are in there: Goldman Sachs, the Rockefeller Foundation; the United Arab Emirates Embassy, the UK’s Foreign and Commonwealth Office. There’s nothing shadowy about it, but nor is its stake in the game ever revealed. It’s one of those organisations whose name we’ve all heard without knowing anything of its true nature.

Similarly unchallenged are the economic claims of the five remaining candidates in the Conservative leadership race. Not once have they been asked to respond to the research and analyses of Mr Lynch and Ms Graham and Mr Dempsey. And certainly not with the vigorous hostility faced by these trade unionists. Their absurdly disjointed and distorted claims about what causes inflation and why tax cuts (mainly favouring the rich) are the solution are permitted to proceed unobstructed by journalistic rigour.

They are the chosen champions of the British academic and corporate elite, yet none can hold a candle to the eloquence and rigour of these representatives of the working-class.

Which is why people like Mick Lynch and Eddie Dempsey and Sharon Graham rarely feature at Holyrood and Westminster where you’re instructed to leave your principles at the door before admission can be granted.

Our columns are a platform for writers to express their opinions. They do not necessarily represent the views of The Herald.

Horse racing tips: Templegate NAP was way classier than rivals last time and can beat them again at Ayr on Monday

Stephen Flynn: Who is the new SNP Westminster leader?

Abbey Clancy looks chic in a houndstooth blazer dress at…