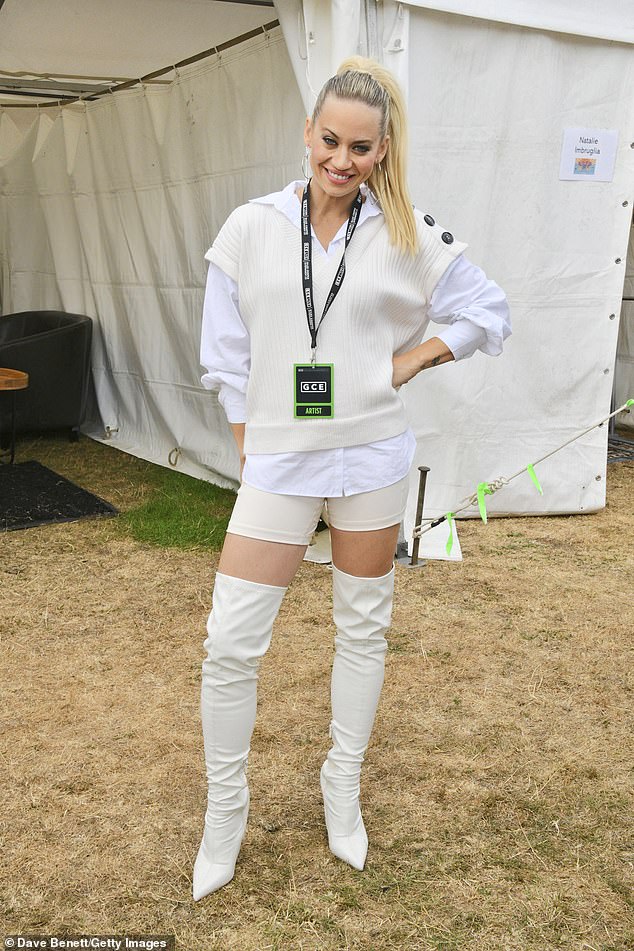 Kimberly Wyatt put on a leggy display in a pair of racy cream boots as she stepped out to Flackstock Festival in Reading on Monday.

The Pussycat Dolls singer, 40, teamed her high-heeled footwear with a pair of matching skintight shorts and a short-sleeved jumper in the same shade.

The star was seen standing alongside her model husband Max Rogers, 40, who wore an open shirt with a bold black and white pattern on it.

In style: Kimberly Wyatt, 40, put on a leggy display in a pair of racy cream boots as she stepped out to Flackstock Festival in Reading on Monday

He wore a white vest underneath his shirt and opted for a pair of patterned trousers in the same colours, with white stripes down the sides of the legs.

The former Britain’s Next Top Model star wore a comfortable pair of white trainers and stood with his arm around the shoulders of Kimberly.

Kimberly completed her look by wearing a white shirt beneath her jumper while she shielded her eyes behind a pair of sunglasses with nude frames. 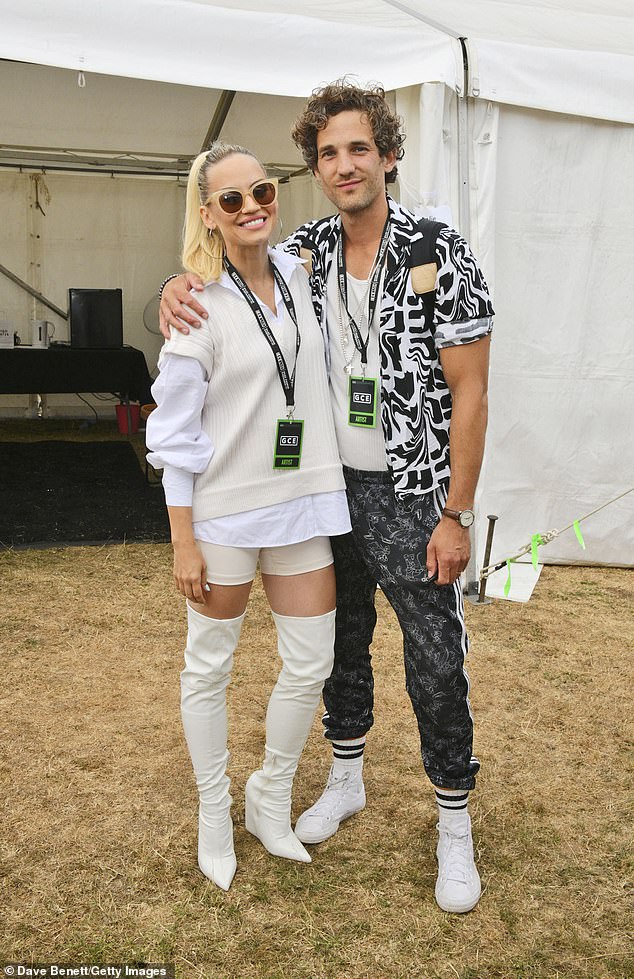 Happy couple: The Pussycat Dolls singer teamed her high-heeled footwear with a pair of matching skintight shorts as she stood alongside her model husband Max Rogers, 40

The star took to the stage at the festival to lend her DJ skills to the event.

The festival celebrated Caroline Flack’s life with acts from the worlds of comedy, dance and music – who are raising funds for charities Mind, Samaritans, Choose Love and the Charlie Waller Trust.

Opening the event, Caroline’s sister Jody told the crowd that everyone performing was a friend of Caroline’s, saying it was an ideal day ‘full of dancing’. 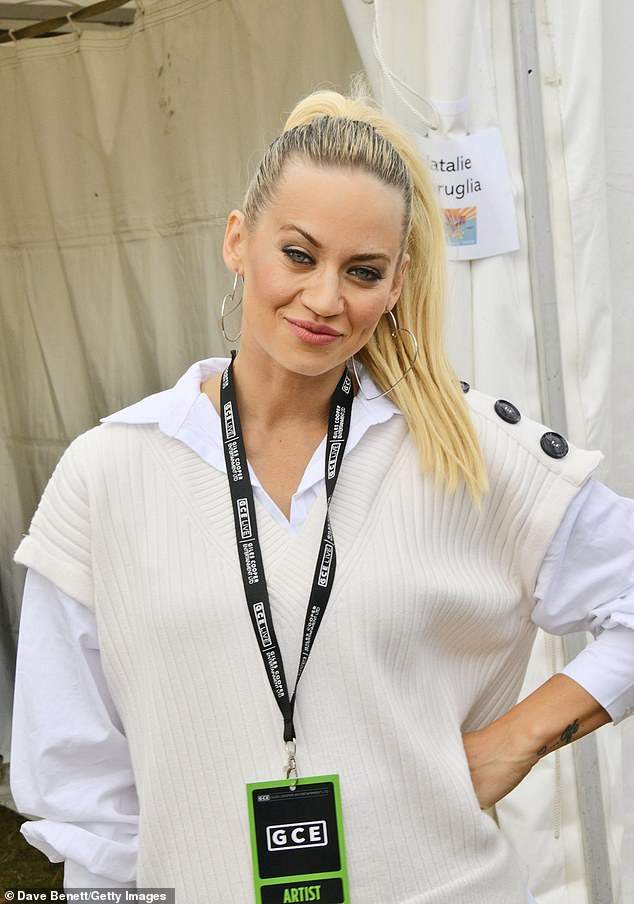 Fashion focus: Kimberly wore a short-sleeved jumper in the same shade as her boots and shorts with large black buttons on her left shoulder

She told the PA news agency: ‘This is who she was, this is what she liked, we are sort of encapsulating her today.

‘We have tried to do that from the very beginning, our motto was ‘What would Caroline do’ the whole way through.

‘Today is definitely a good day, there is a lot of bad ones there have been but today is a good one.’ 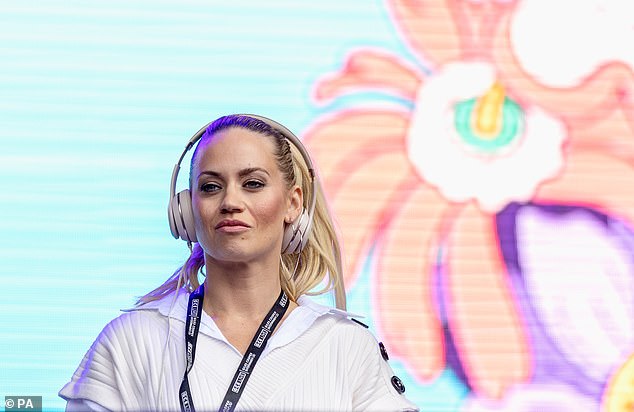 A woman of many talents: The star took to the stage at the festival to lend her DJ skills to the event

Jody added that there would ‘hopefully’ be another Flackstock in the future.

Caroline’s mother Christine said ahead of the event: ‘My Caroline was never more herself or happier than at a music festival with her sister and her friends. 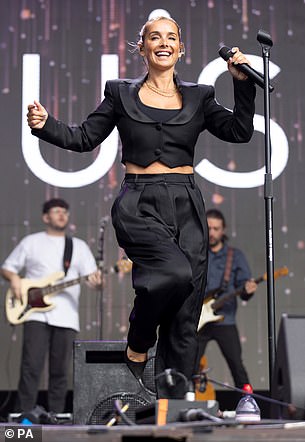 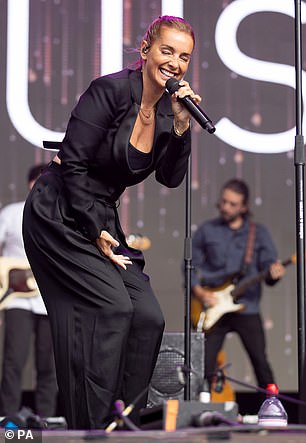 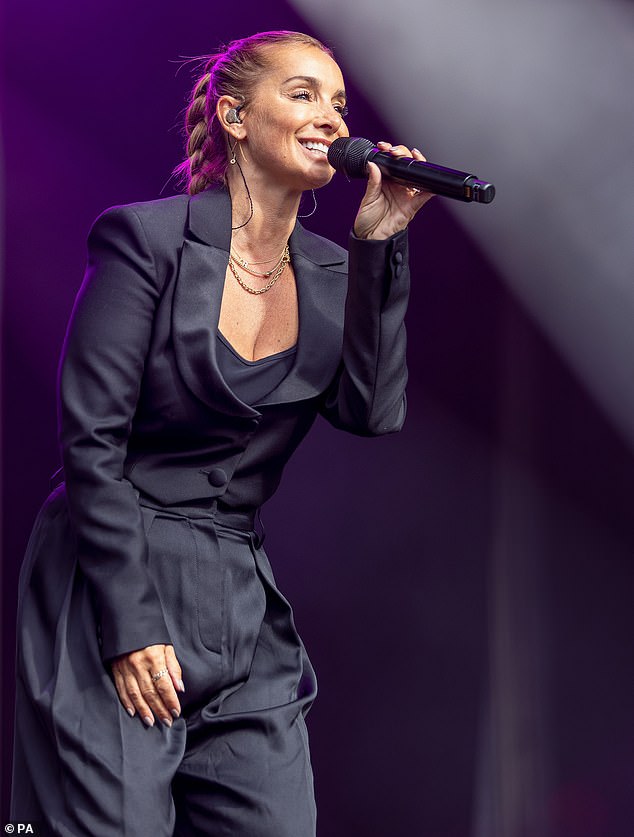 Centre stage: The singer entertained guests with tracks from her back catalogue of hits 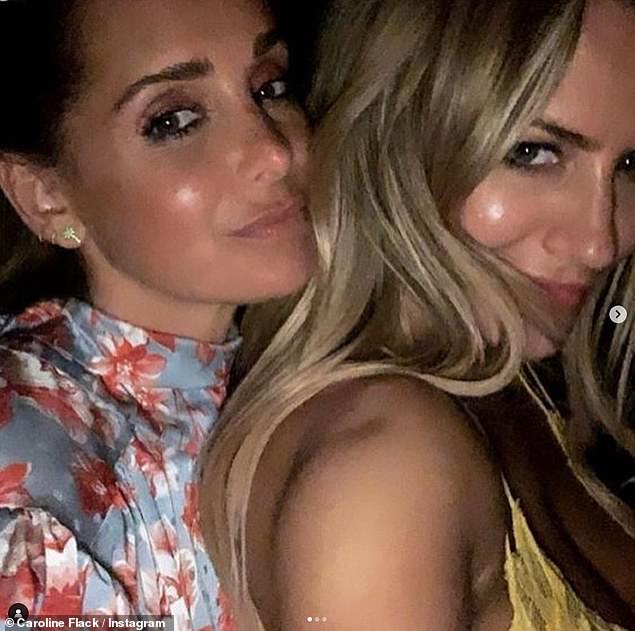 ‘Let’s do our girl proud’: It comes after Louise paid tribute to Caroline on the day of the Flackstock festival, a day held to celebrate her life 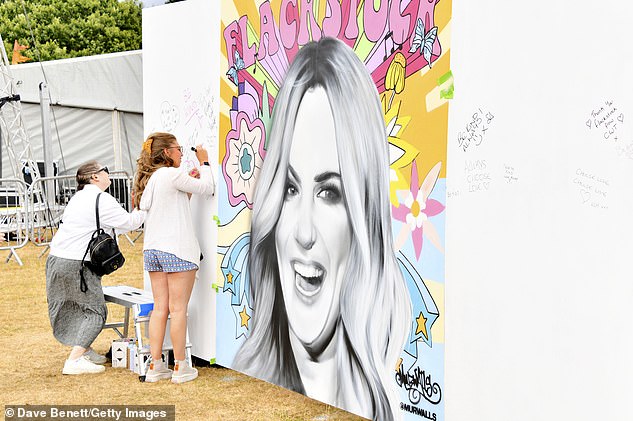 ‘Flackstock is the wonderful idea of those who knew her best and the perfect way to remember her singing, dancing and most of all laughing.

‘Not only is Flackstock the most positive way to honour Carrie, but charities that she loved will benefit from the proceeds.

‘A big thank you to everyone involved for all their hard work – to Natalie for the mad idea, Giles Cooper Entertainment and Englefield House who saved the day, Live Nation and to all the brilliant sponsors.

‘My family are so proud that so many people who knew Carrie loved her so very much.’

For confidential support, call the Samaritans on 116123 or visit a local Samaritans branch. See www.samaritans.org for details. 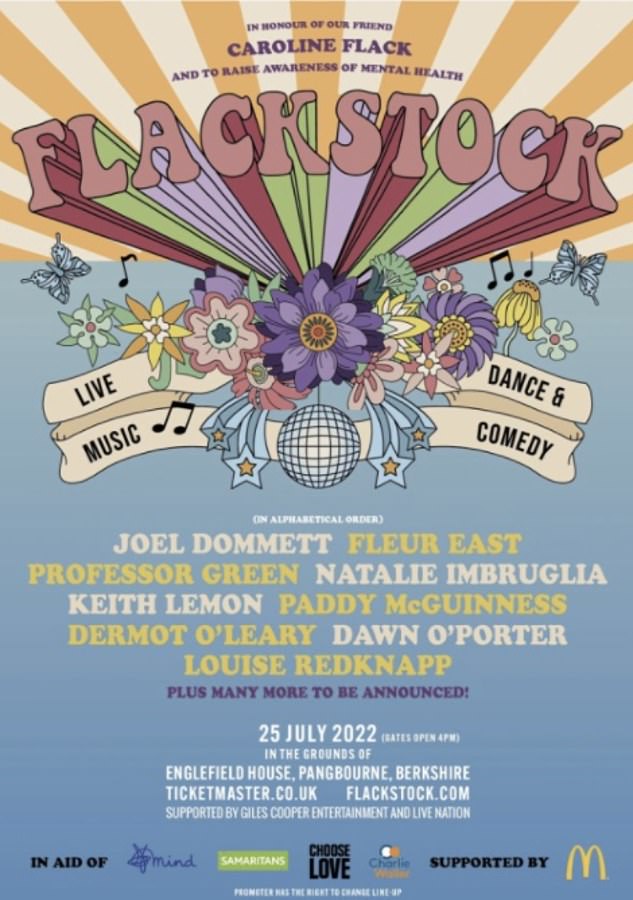 Good cause: Money raised from Flackstock will be split equally between the charities Choose Love, Mind, Samaritans and Charlie Waller Trust – four worthy outlets that held a special place in Caroline’s heart